As there are two postdocs doing the work on this project, we had to distribute the load somehow. On this cruise, we do two small transects and one big one. The small ones are in the Minch (between the Hebrides and mainland Scotland) which is Transect 8; and around Shetland which is Transect 1. And no we don't bother about numerical order. The large one, Transect 2, covers pretty much the entire North Sea, except the little bit just East of Shetland. And the North Sea transect was planned by two men in Durham. As Louise is based in Durham, it made sense to have her do the big transect, with me doing the two small ones. These were organised by a chap based in Stirling, but seen from Bangor, Durham and Stirling are both in the same category of Far Away. 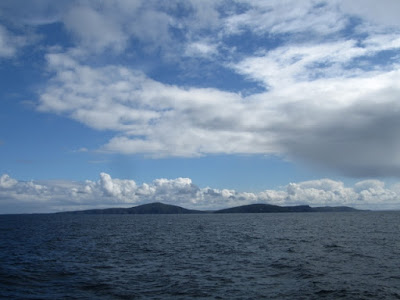 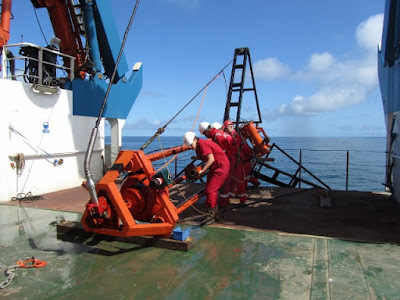 The sea was surprisingly calm during Transects 8 and 1

By finishing my transects my time on board has changed. I know know exactly what material I will have for working on in the coming year, and I can start processing the data. Having my transects first is a privilege; I can make an overview of the interesting cores, a list of samples, and more such things at a leisurely pace. Louise will have to do that in a hurry during the transit back to Southampton. And since we're still coring and splitting and working hard I only do an hour or so now and then of data processing, but added together over two weeks that's a lot of work I won't have to do back on shore. So bering on an unfamiliar transect doesn't mean stuff gets less exciting! 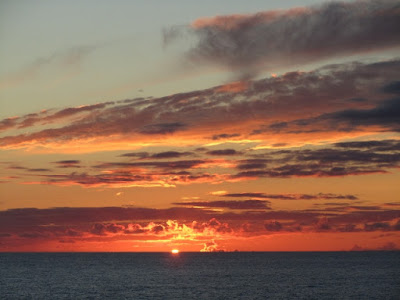