Remains of the day 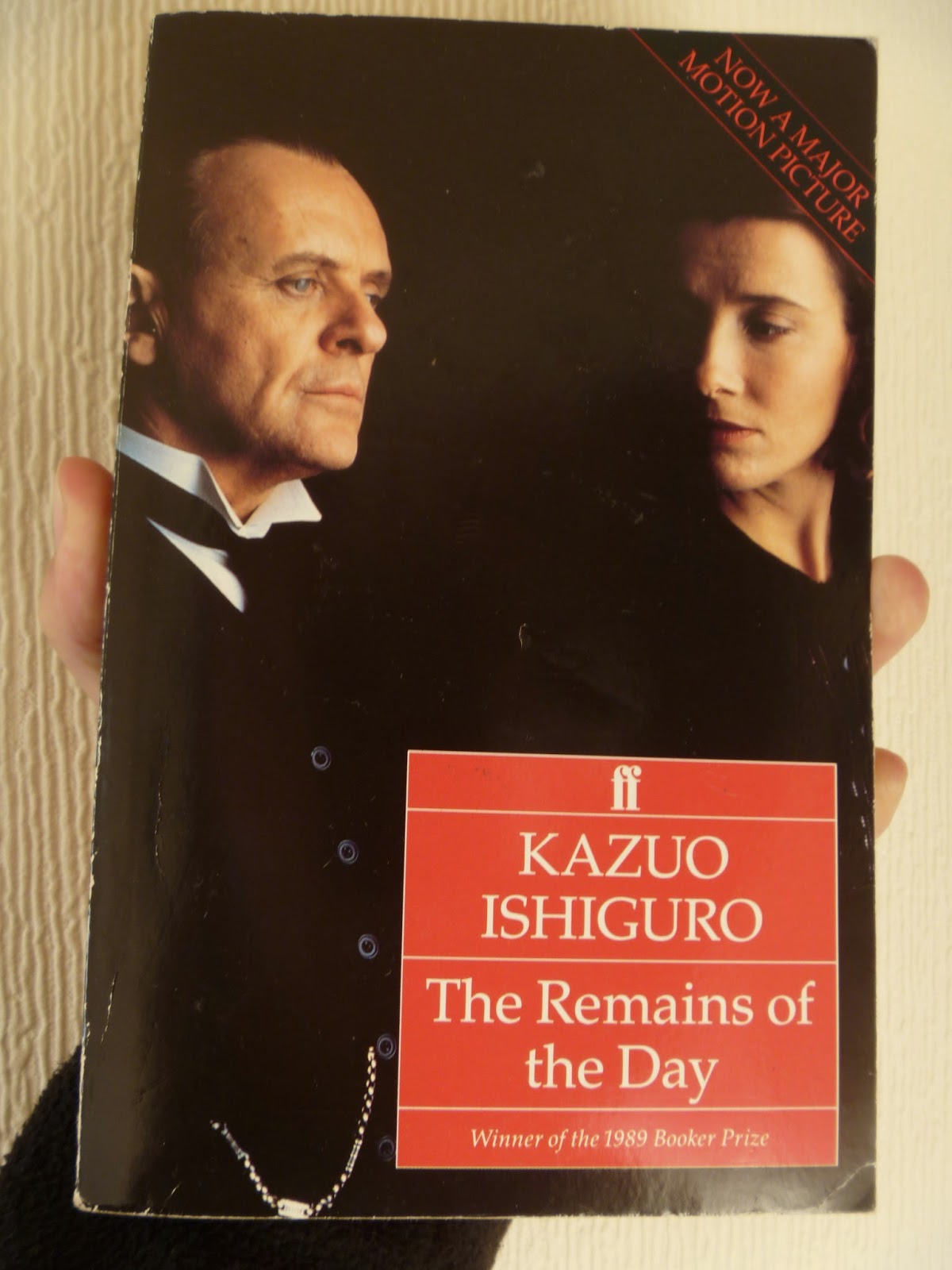 I suppose everybody knows this book deals with an old-fashioned English butler. For those who don't know much more; spoiler alert! I will reveal more than people who still want to read it will want to know. Anyway; it is a report by this butler of a road trip he undertakes. During this trip he contemplates his life. He used to be in the service of an English Lord, but nowadays he is serving the current owner of the estate: an American businessman. Initially it's not quite clear what happened with the Lord, but all gets revealed along the way.

Why is he on a road trip? He figures the house is under-staffed, and he has reason to believe the former housekeeper of the mansion might want her job back, so he sets off to see if that is so. Is this a business trip? Of course not.

From his reminiscences you can tell there was something in the air between him and the housekeeper in question, but it is also clear he did not know what to do with that. He knows being a butler. He knows how to keep his upper lip as stiff as a very stiff thing. He knows how to run a household, and how to stay in the background, being impeccable, and making everything run smoothly. He does not know how romance could fit into that. He does not respond. There is even a scene in the book where the sexual tension is tangible, even though it is narrated by this emotionless man who does not acknowledge it. And the woman gives up. She accepts a marriage proposal from another man, and leaves.

The road trip takes place some 20 years later. The butler has received a letter from the housekeeper, which suggests to him her marriage is over, and she pines for her time at the mansion. Hence the trip.

And the old Lord? He had a chivalrous view on the enemy his country defeated in the first world war, and it seemed this old enemy sees possibilities of using that view to its advantage. And not everybody responds kindly to these goings-on; the man dies disgraced. Hence the arrival of the American businessman. And dealing with the tension between the butler's unquestioning loyalty and the shameless curiosity of the outside world for this perceived baddie also provides food for thought.

This all sounds very gloomy, but there is space for amusement too. The butler struggles a bit with the much more jovial and informal approach of his new employer compared to the old one. But he is a butler; he aims to serve! He does not want to let the stiff upper lip loosen a bit, but he realises times may have changed, and he might HAVE to add "banter" to his professional skills. Not a light task!

And all well that ends well? No. In the end the man acknowledges he actually has feelings; and not just any feelings, but feelings for this specific lady. Unfortunately; her marriage is not as over as he thought, and he will have to take these feelings home, empty-handed. To his bantering employer. A Doctor Zhivago-like melancholy ending! Makes not only the butler think...
Posted by Margot at 09:21

I quit reading after 'a good choice', but am happy with that comment; I lent it from the library but didn't have time enough to read it, so will (have to) give it a second try.

Ooo I'm curious to hear what you think of it!

Finally read the book, and fully agree with the 'good chocice'.

For me the sad feeling dominated (by far). I saw a man who thought dignity is the most important thing in life, and is synomynous with 'stay in the role life has chosen for you'. He tries so hard to achieve this that he could not even step out of his role to himself. When he finally (sort of) realises this, and realises what he gained and lost this way, it's too late. The modest way of telling the story made the sad feeling even stronger to me.

I agree! It IS sad. I think it is asking for trouble to only see your self-worth in a very restricted way. But easier said than done to do something about it!