After having had lots of kayak fun in Norway, I had tried it in Britain too. It just wasn't the same. But when the underground people had decided to spend one Thursday night above ground, and more specifically: at the surface of Llyn Padarn, I got the spark again. If you are not dependent on a club, you can have all the fun you want! So when another plan surfaced of underground people going river kayakking, and I was invited, I didn't know how fast I should accept.

David picked me up from home. We'd first scout out the terrain; by some impractical coincidence we'd picked a river near a rather big festival, and indeed, several roads were closed. Maybe next time we should consider such boundary conditions. But we had several options up our sleeve, so when Simon and Briony showed up too we knew where to go.

By sheer coincidence (again!) we launched at an artistically noteworthy site; it turned out that the surrounding hills and river had been the venue of an ongoing art project for the past 27 years. Read about it here; some artist had lost a big wooden boulder in a stream and decided it would be very arty to have it make its way out to sea on its own. And it had been presumed buried by the river, but just that weekend it had resurfaced, right where we launched. So our launch was festooned by a chap with a big fat camera photographing a big lump of wood... 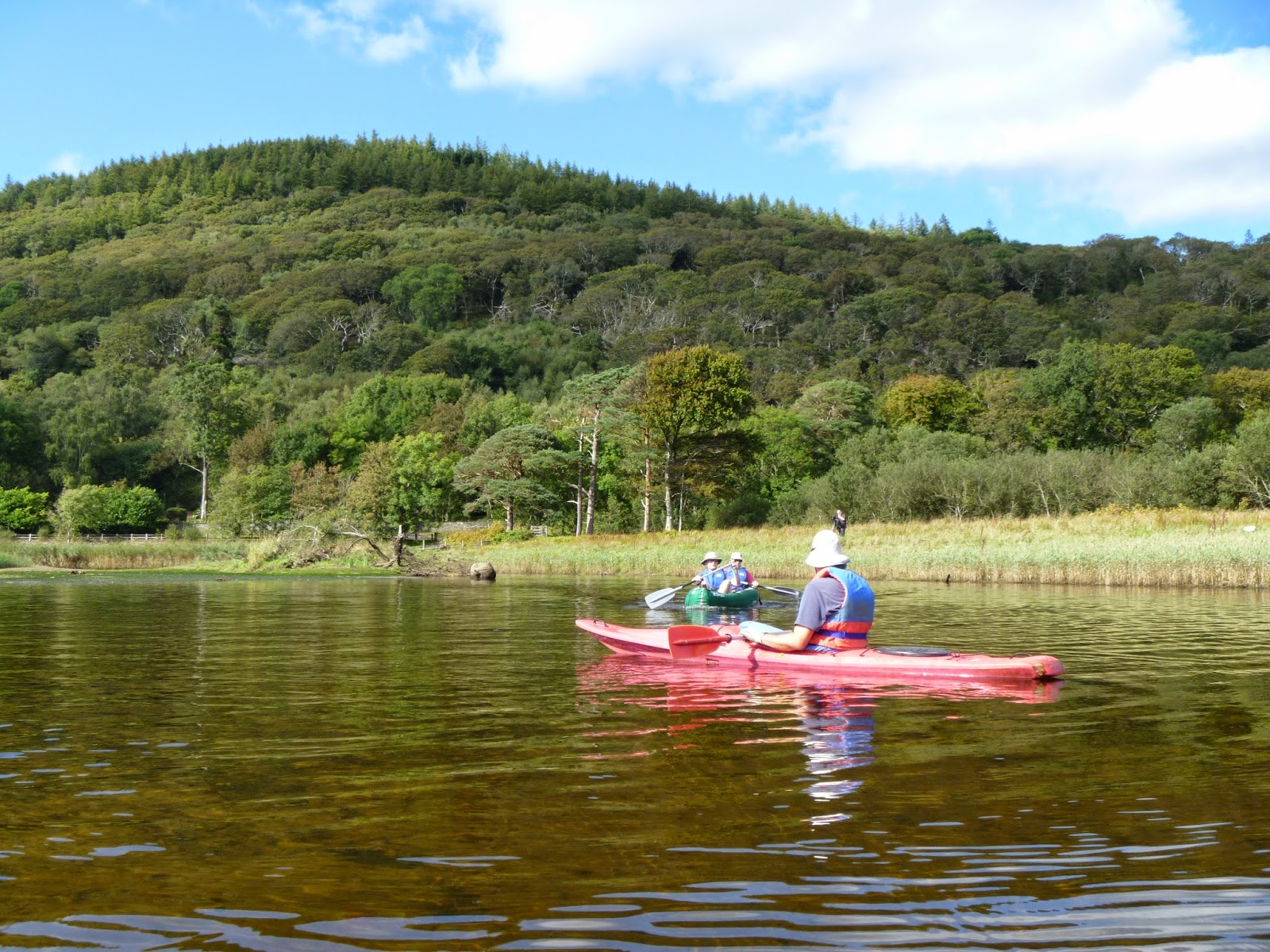 The launching site. Notice the chap with the camera (just behind David's hat) taking a picture of the wooden boulder!

We paddled downstream at a leisurely pace. Simon and Briony were in an inflatable canoe, and these aren't very fast. But why hurry? It was a beautiful afternoon. The plan was to reach Portmeirion, have a pint in the sun, and go back, but without that pint we would still be happy. We'd see how we would fare!

Action shot of Briony and Simon 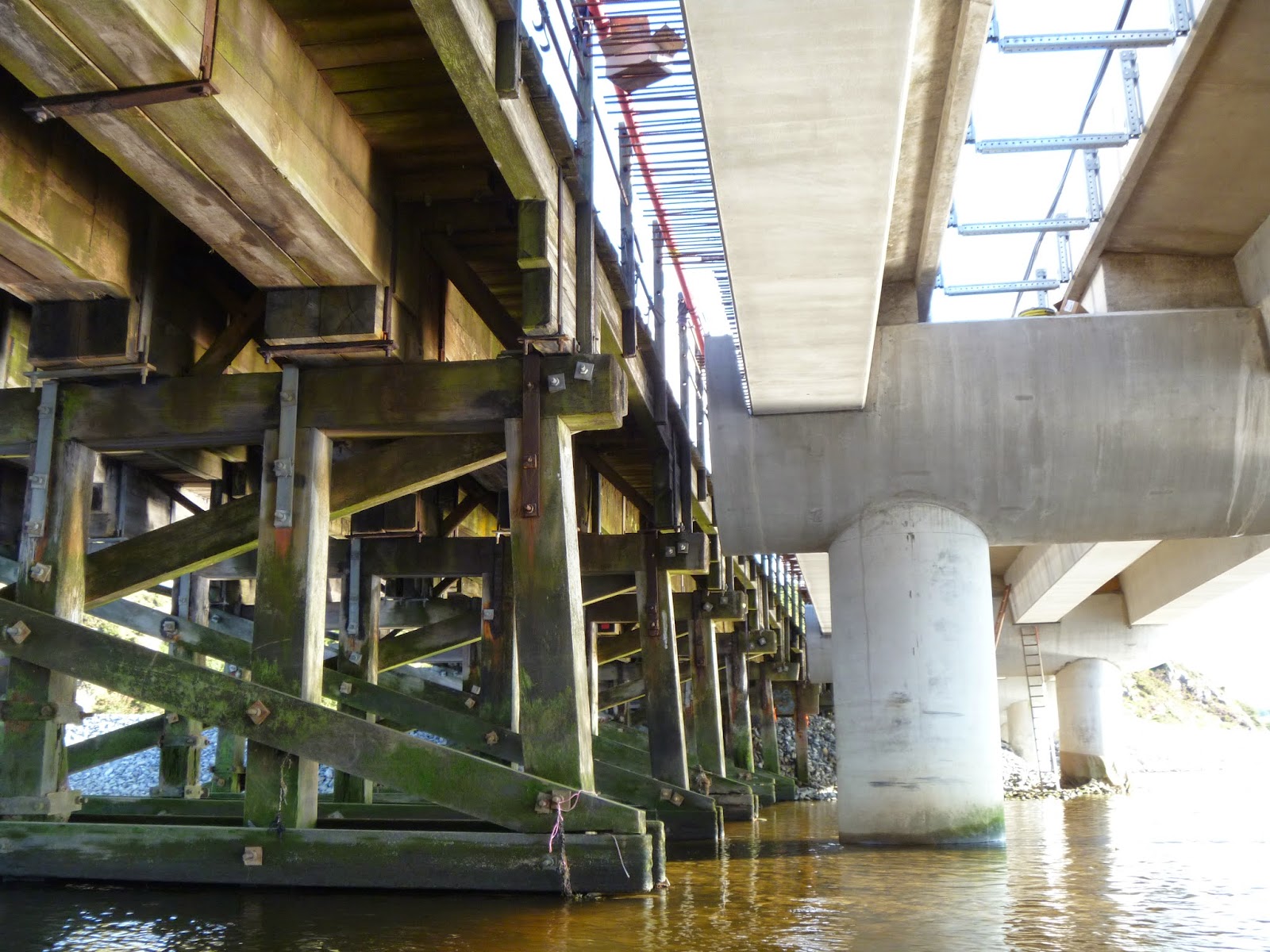 We passed underneath an bridge with a new one built right next to it. No idea if the old one will remain, but for now they look good together.

We paddled along one abandoned slate quay after the other; this quiet valley must have been an industrial hub. But downriver it became more industrial again; some people were piling a metal dam into the river bank, around an electricity pylon. We we could paddle past. But we had to stop paddling soon; the river became so shallow even in a kayak one would get grounded. Quite some vessel-dragging followed! And not too far from the shallow bit there were some rocks sticking out, creating rapids and hollows and whatnot. Easy to negotiate with a kayak, but not with a canoe. David and I pulled the kayaks on land and waited for the others. They accidentally did the rapids backwards, but without trouble. But a break was in order!

The bananas, sandwiches, and crisps came out, and while these were consumed we saw the tide change. It came up really rapidly! We figured reaching Portmeirion was a no go. This tide should be ridden, back to our boulder. Oh well! 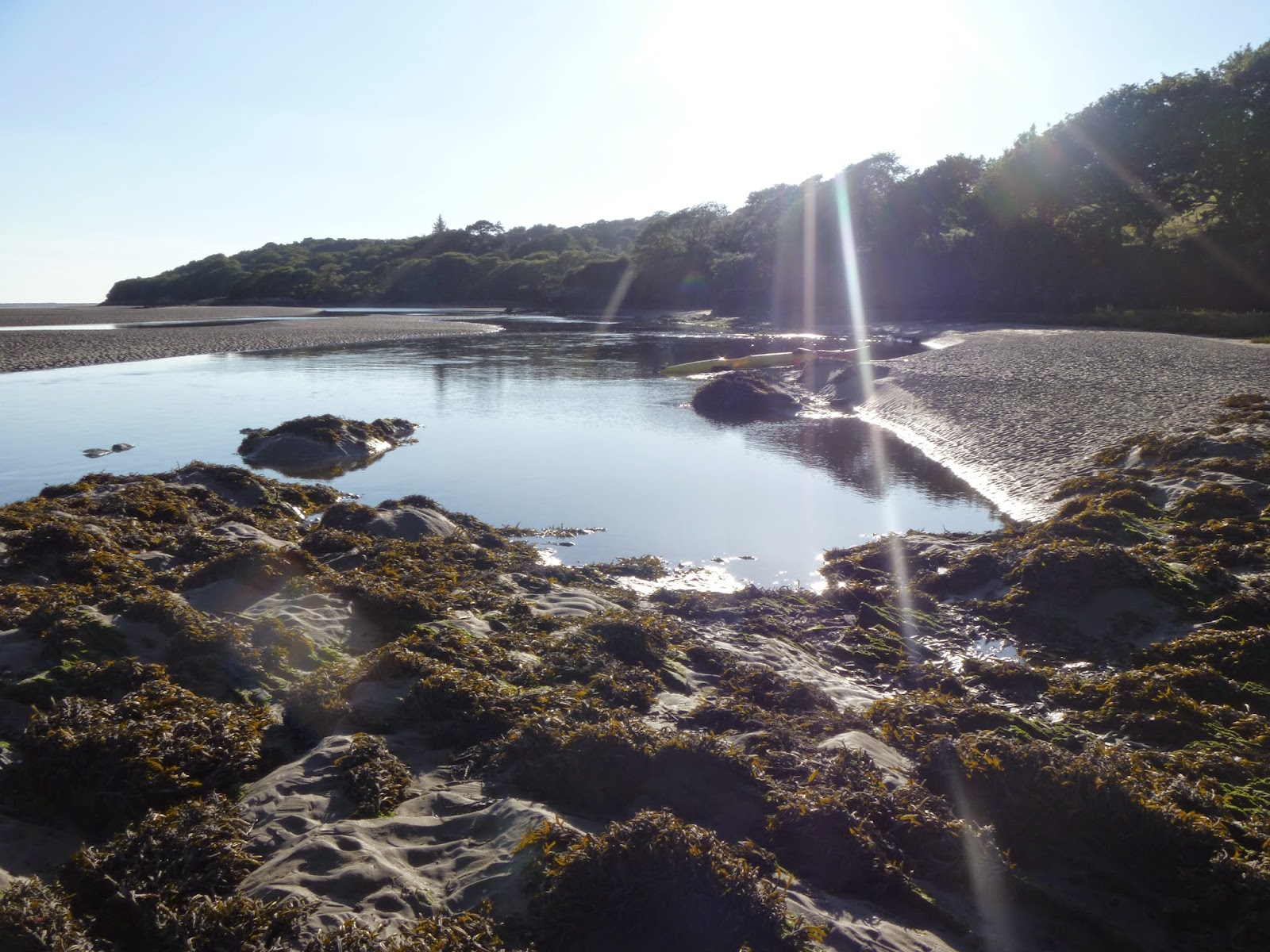 It was quite nice to have been carried downstream by wind and river, and upstream by the tide. And it came in so quickly it was creating standing waves, or patterns of them, all over the place. Fun! But with all that power pushing you on, still a lazy day! But it was good we had turned when we did; the sun was sinking below the hills, and it was getting cold. Kingfishers whizzed past while we retraced our metaphoric steps, and at 19:30 or so we were back at the cars. Time to put on trousers, jumpers, jackets! And then gloriously retreat to an on-route Indian restaurant. This was exactly the kind of day of which I hoped I'd have some before teaching would start. I might have no time for a proper holiday, but I sure have (or will make) time for a bit of outdoor fun with friends! 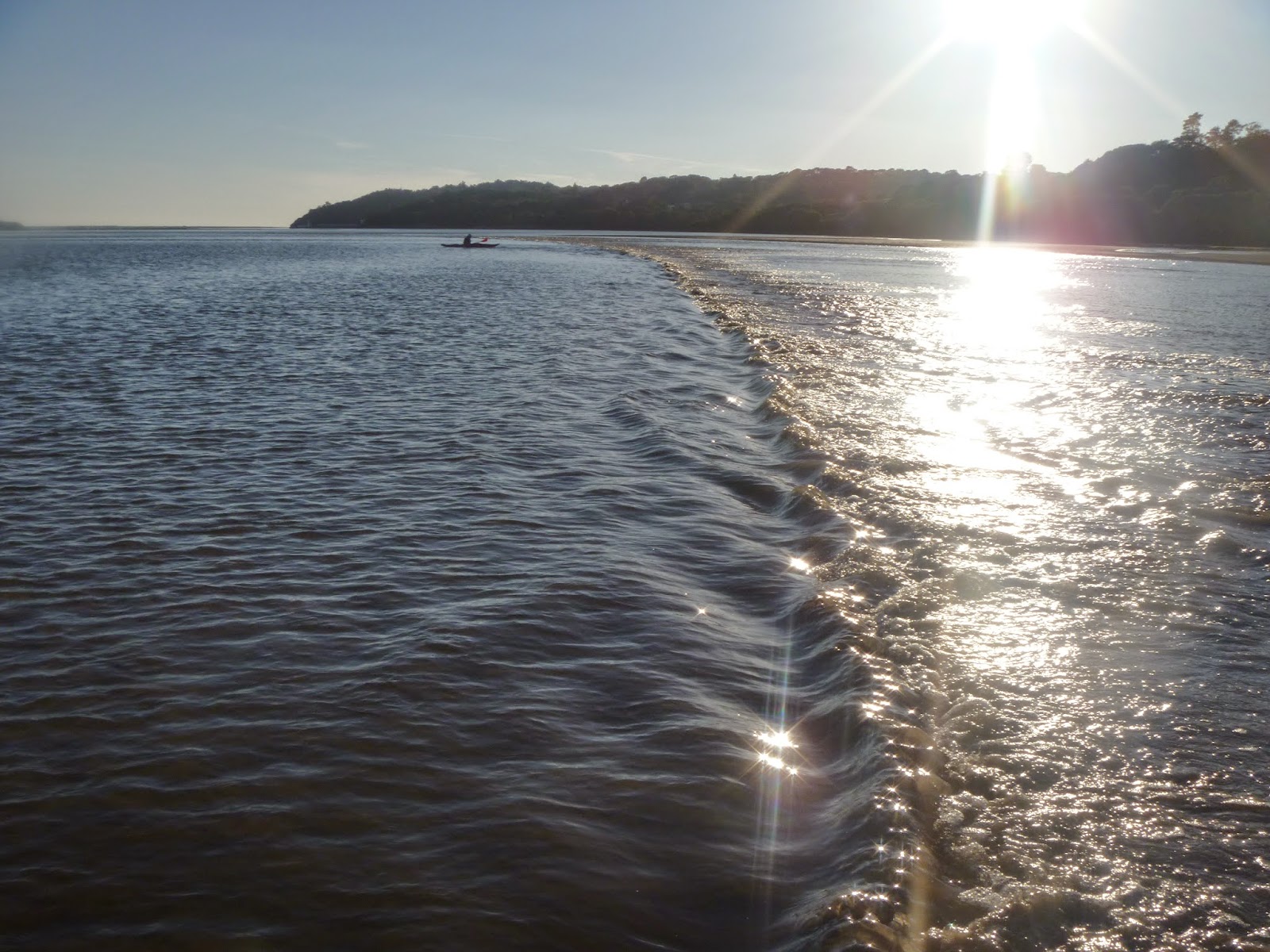 The tide washing over a shallow bit
Posted by Margot at 16:38