I'd spent two consecutive Thursday nights in Benallt mine. The others had spent more than that, as they had started exploring while I was at sea. And the owner of the maypole would be back the week after, so it was decided to take a break from this mine, and return to slate for a week. And I'm sad to miss what may well be the final Benallt action, as I'll have to give next week a miss, but I don't mind a bit of slate myself! But slate mines are often big. And if you want to get from one end to the other in a reasonable time you need to keep moving. So no pictures on this trip! But it was nice. And it was probably our last trip in quite a while with Ross. I could imagine he doesn't see that as an undiluted loss; I think our habits of scampering under and over all sorts of less than stable constructions and formations had him frequently wondering what on Earth he had got himself into, but we'll miss him. And there were wild plans of jumping in the stream afterwards, and raising a glass to Ross, but it had got too late for any of that. One can't have it all! But one can have slate. 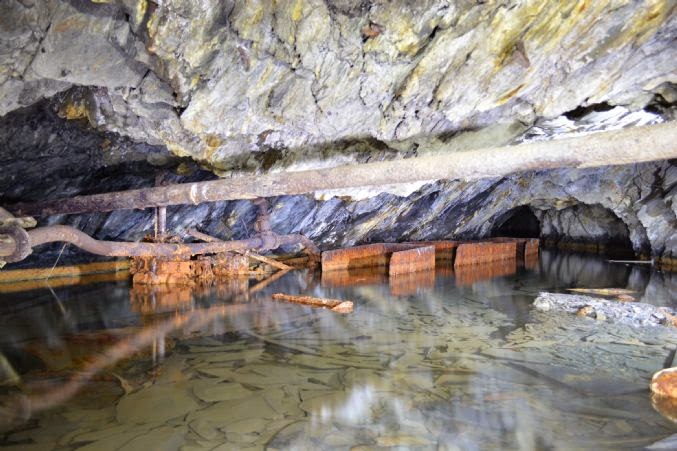 Generic pic of a part of the mine we passed, taken on a different trip by Linden
Posted by Margot at 10:38