When I came back from the boat I craved some runs. So I did the Caernarfon 10k a week after coming back. And there was a 5k at a nearby National Trust mansion the week after. Two loops through their gardens! And 5k isn't much, but it is fun, and I thought it'd be worth seeing this estate. So I registered!

I went on bike. Plas Newydd ("new palace"), the venue, was that close! I was one of the few. The parking field was rapidly filling up, but no bike was in sight. But a chap (who I recognised from the previous race) suggested his was parked int he cricket pavilion, and why wouldn't I do the same with mine? And so I did.

I got my number, and hung around a bit. I was early. And when it was time to gather at he start I was one of the first. I ended up quite far at the front! And why not. When the fog horn went I legged it. And after only a few tens of metres I realised I had probably overdone it. But well, why not go with the flow. Heavily breathing I just plodded on. Enjoying the gardens! They were most scenic. 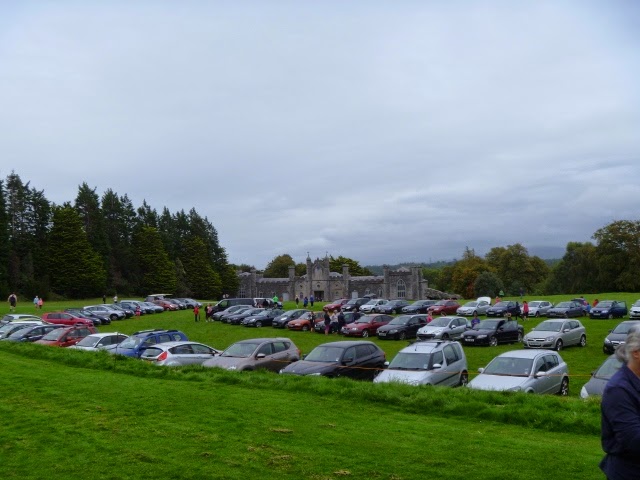 The gate house (or something) of the palace with the car parking in front. I saw only three bikes on the terrain!

We went along, and down, and down again, and along the strait (which was lovely!), and up some steps, up more slope, around a hairpin bend, and along the actual mansion, and then all that again. Halfway along it started raining. I noticed I was tired and panting, but pretty much nobody overtook me. I was getting away with it! I just plodded on. No women in sight I could try to overtake near the finish. But I saw I finished within 25 minutes; that wasn't bad! It was a lot hillier than the perfectly flat Parkrun, and I had only managed that at 23:39 at the fastest. 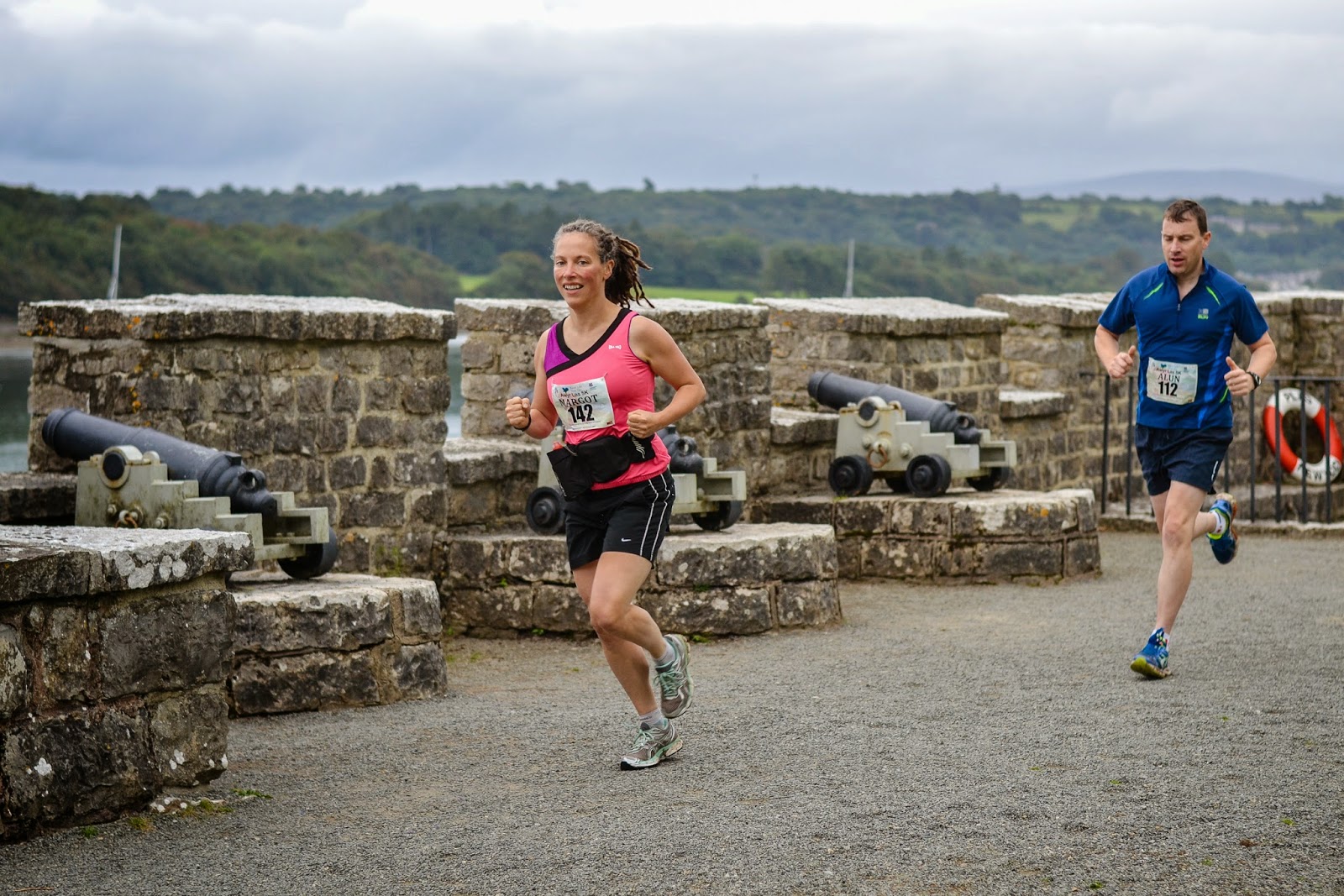 Running past the cannons at the waterfront 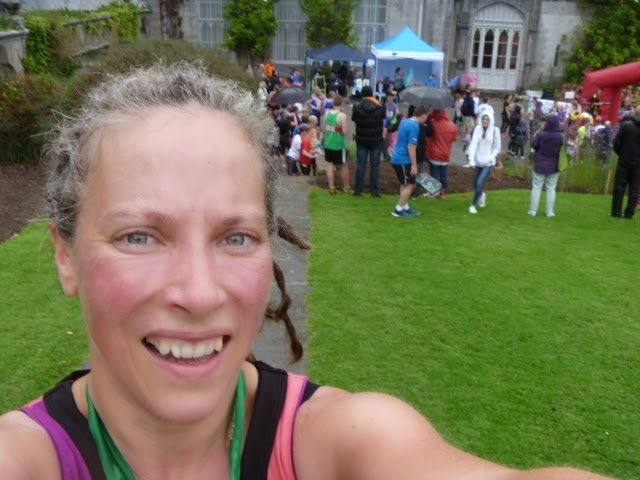 Me all sweaty at the rainy finish 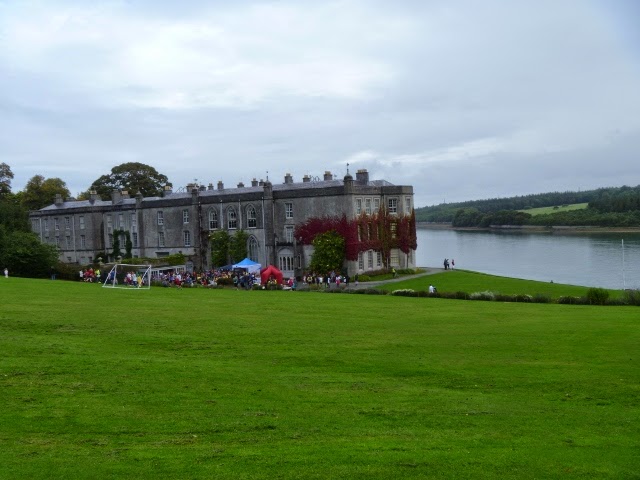 The main building at the strait

After the finish I wanted to get back to my bike, so I went back to where the registration had been. And found the pavilion locked! Oh dear. I went back to the finish, and found me an official who could open the door for me. I found a friendly lady who offered me a ride in a golf cart. Dearie me! I have fallen deep. But I did get back to my bike. I took some more pictures of the house, as I hadn't bothered while running, and then I went home. To see I had been 9th woman, of 141! Not bad! Even though of course a 5k would attract much more insecure runners than a tough race. And on that note; I'll do one of those next week! I bet I'm more likely to end in the slowest 7% of women than the fastest 7% in that race... but the views should be even a lot better!
Posted by Margot at 08:39