We had had such fun the first underground trip I did after the cruise. A mine with lots of daft verticality! Lots of dodgy ancient wood, dodgy ancient rusty metal, and iffy wobbly improvised means to get up vertical bits where no questionable wood or iron were present. And there was more vertical to negotiate! So we went back the week after.

I honestly think it was a coincidence that this time, we were with only three. We arrived with four, but one of us decided to rather go and take pictures at the surface than venture into that daft place. Well, whatever floats his boat! And the three left were Ross, who was actually a caver, and not at all keen on the dodgy deteriorating structures of mine exploration, and then David and me.

We went in, waded through the thigh deep water, climbed the two ancient ladders, clambered up the winze with all the timber, went up the winze with the rope, climbed the chain, and got to where we had left the maypole the previous time. Ross didn’t like the look of it at all. The previous week he had not climbed it. But now our goal was even higher, so he had to get up that climb anyway! But David went first, and I followed, and then we rigged the pitch. Ross is fine on a rope…

He first checked if another passage went, by descending into a good viewpoint, but it didn’t, so we continued on our way to the goal. A passage above!

We retrieved the maypole and its extension, and then bolted them together, plus lots of rungs, to make a 6m improvised ladder. And we put it up. It didn’t reach quite high enough! The passage we were aiming at was clearly part collapsed, and the bit still there had a thick floor of loose rubble. And the maypole ended in the middle of it. It was a landslide waiting to happen, and you really wouldn’t want to try to clamber on top of it, as there was a risk of the rubble plus you all coming down. And then there was the issue of coming back down! 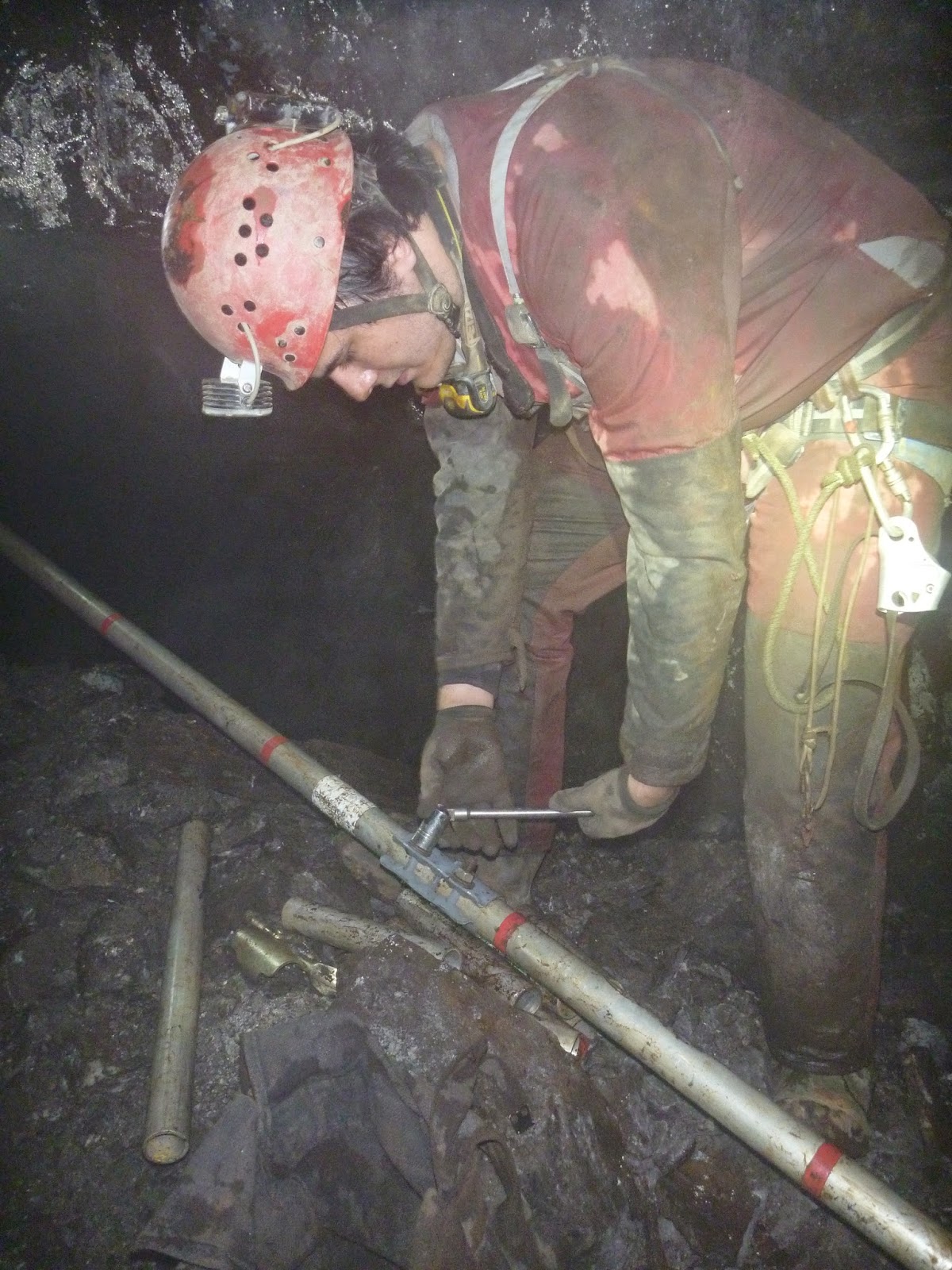 Ross bolting the two halves of the maypole together

Dave tried to take a lot of it down in a controlled(ish) manner, but there still was no way it was safe to get up. So we didn’t! We still have to come back again, with a cunning plan of how to solve this issue! Can we extend the pole once more? Or should we just lug a drill up, bolt it, and then give it a go? We’ll see! 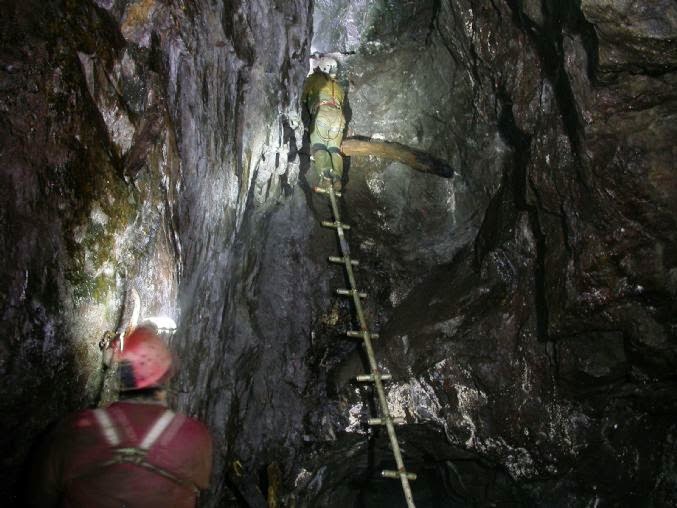 Me at the top of the maypole. Pic by David.

When David had decided it was a no go I went up too, just to see, and then we went out. We were still in town for a pint! Which we got in Rhyd Du. Maybe next week we’ll manage to finally get up!
Posted by Margot at 08:55