Overdue visit to the Netherlands


I’d been in the Netherlands for Christmas. And then I applied for the Bangor job. And got it. And had to work hard to finish as much as I could of my York work. And then I moved house. And then I went to Vienna, and not much later to South Wales and then I went offshore for 6 weeks. And then summer was over! I hadn’t seen a family member for such a long time. And even though it wasn’t going to get any calmer, I decided it was time to pop over to see everyone. My mother would have her birthday, and everyone with whom I’d had Christmas dinner in Harderwijk had collectively turned 300. A nice age! Which needs some celebration. So I booked tickets.

I first spent some time with my mother. As I do! It was nice to see her. She had wine and cheese and time to catch up. And I took the opportunity of going for a few runs from her house. And Amersfoort, where she lives, has been so familiar; I went to school there. But that’s more than 20 years ago, and every time I go for a run I am reminded of just how different it all is. 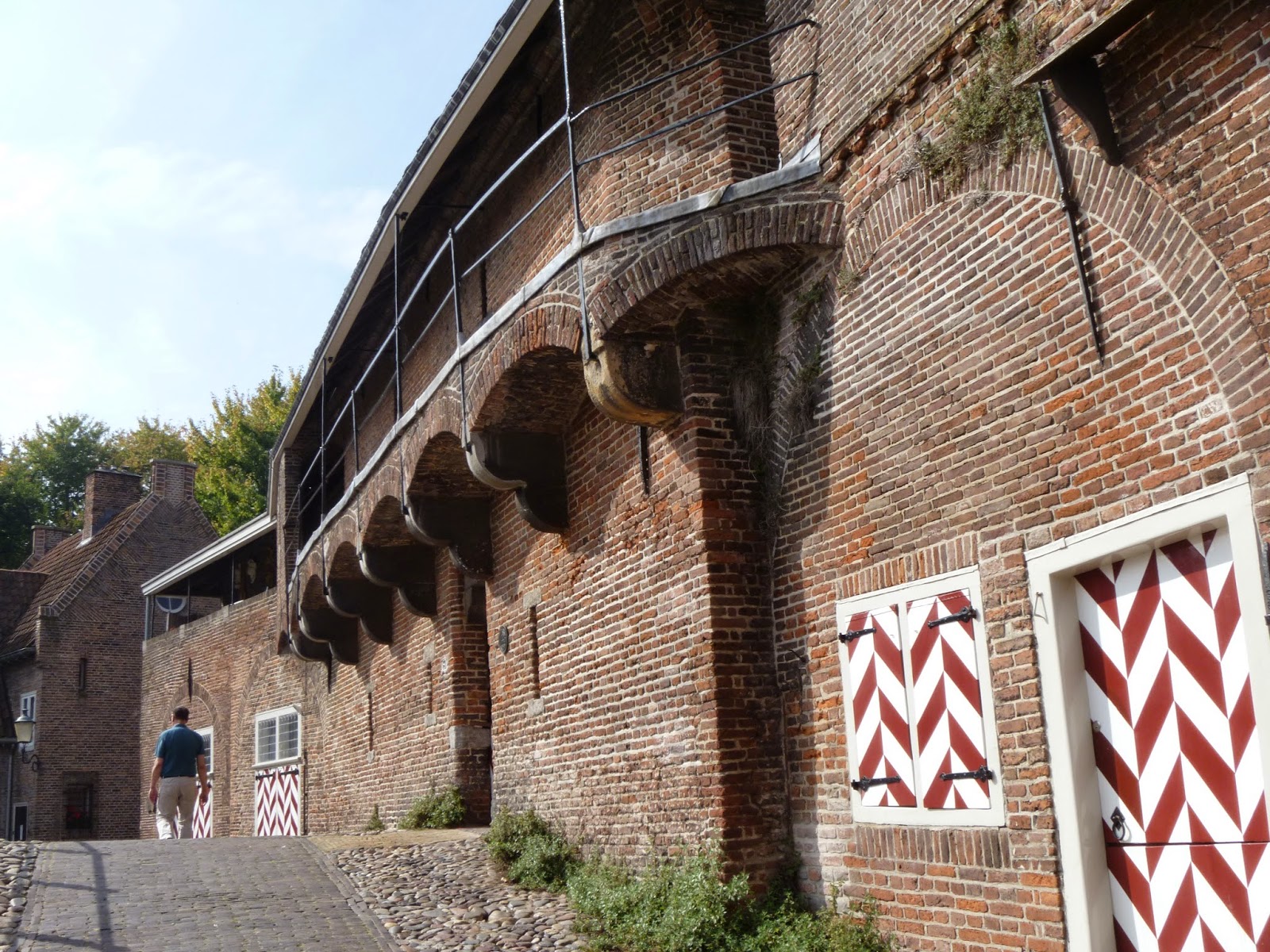 This was clearly done up! Looks nice.

I also went to Amsterdam, to see some friends. A lot had happened since I saw them last. Both an old-fashioned Amsterdam pub (the landlady called me “mop”!) and Roelof’s house provided a venue for discussing all that. And I got to see Micha’s atelier. From the street not much indicates such an arty hotspot exists there! And it had even not burnt down.

And on Sunday I saw more family; my father and Dutch sister plus family. Or in other words, the collective that had turned 300. With my stepmother doing the honours of reaching that round number when turning 70. And to celebrate that, we visited Pampus, the little fortress island just NE of Amsterdam, guarding the harbour. It never really did much defending; not only does it seem to have been built fearing flat-bottomed German boats that didn't turn out to exist; it also lost its strategic function when people were so rude as to invent the use of airplanes for war purposes. And we were lucky; the fort seems to be festooned with "the Pampus experience", but the computer had crashed and they didn't manage to start it. So we just had the fortress, without all the hoo-ha! Excellent. 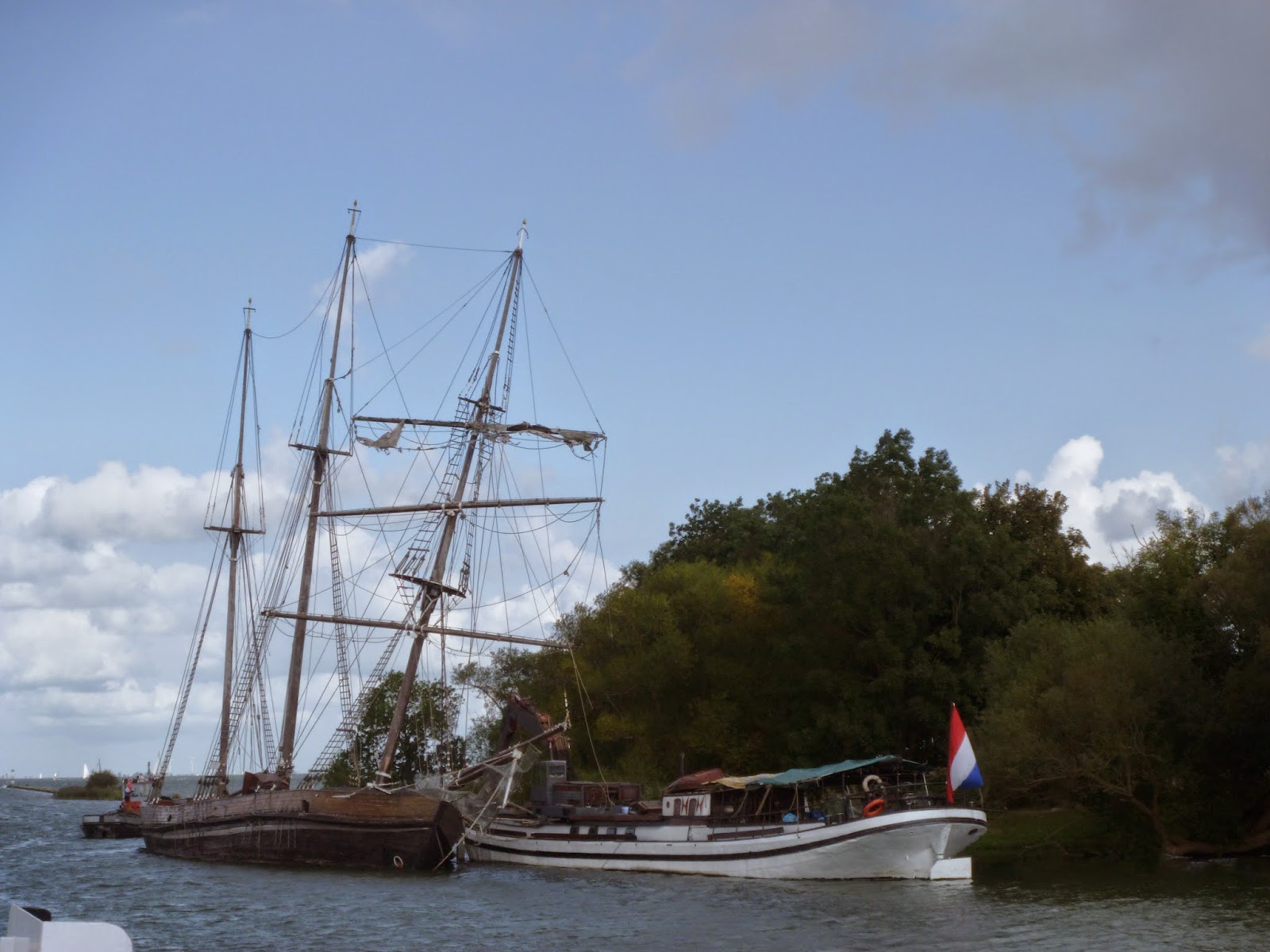 The ferry to Pampus went past an impressive ghost ship 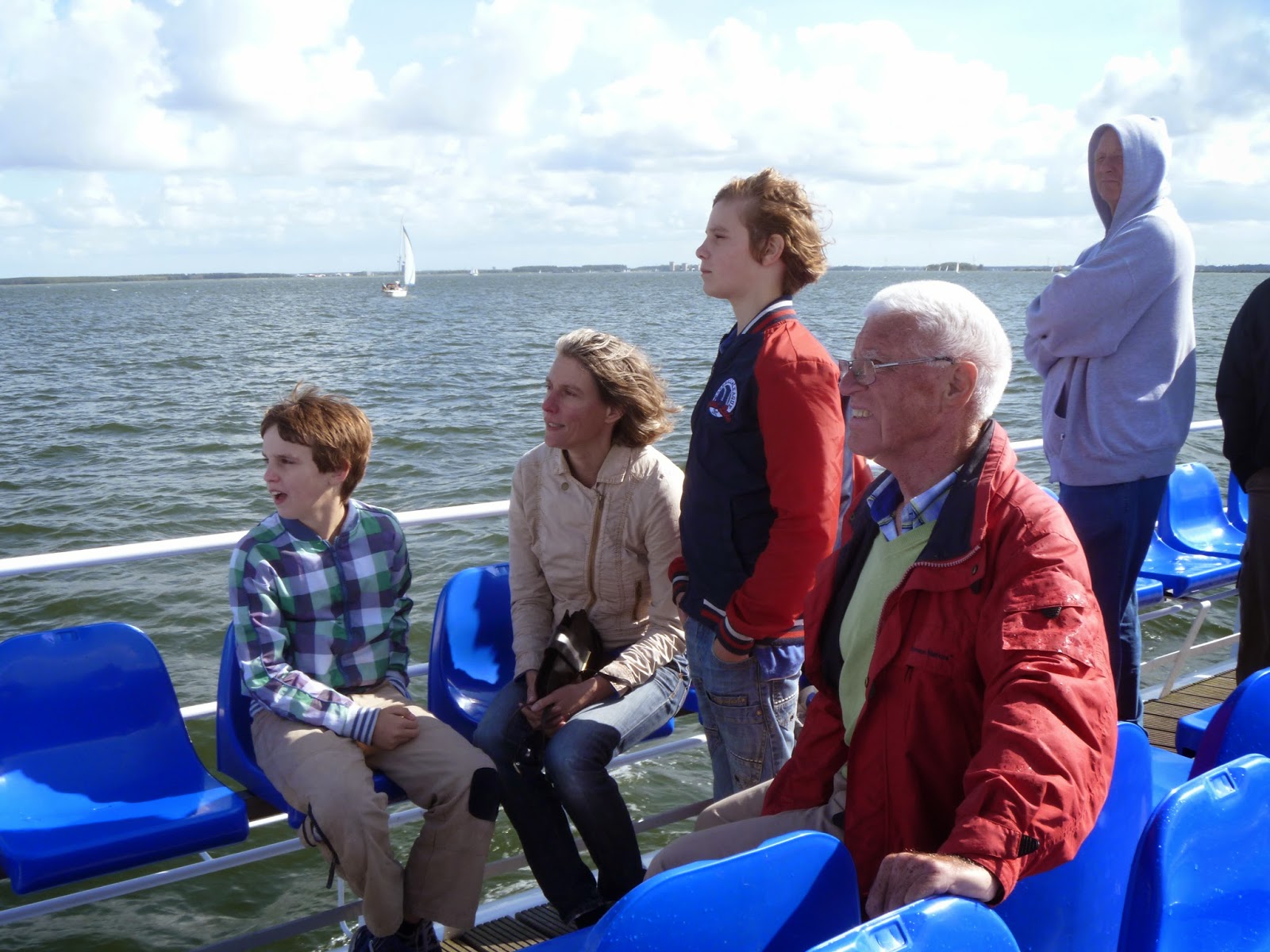 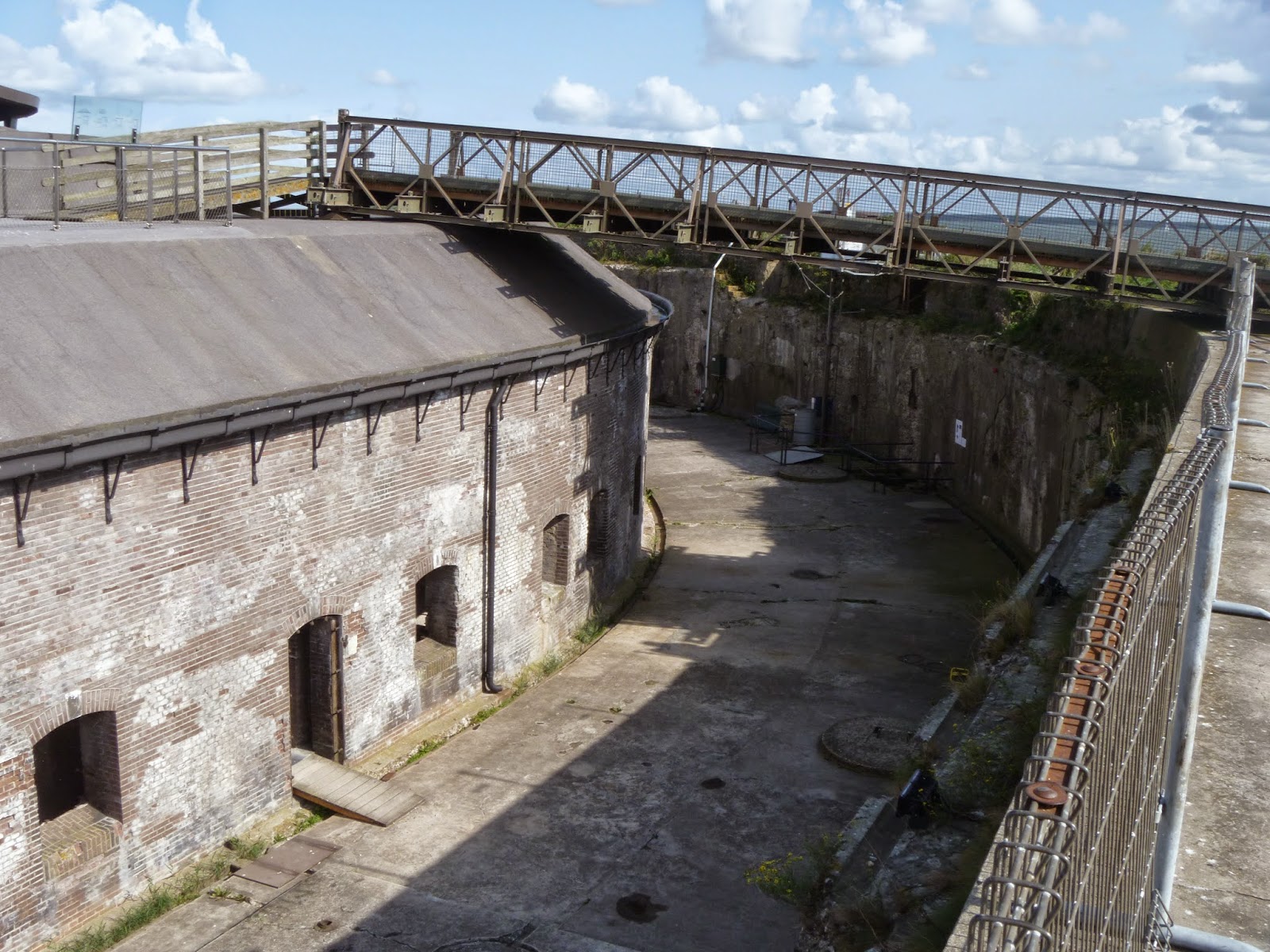 I spent some of the time either lugging my 7-year-old niece around, or discussing things like the loss of one's native language upon leaving one's motherland with my eldest nephew. I am still afraid of children, but these are now so old I had a great time with them! 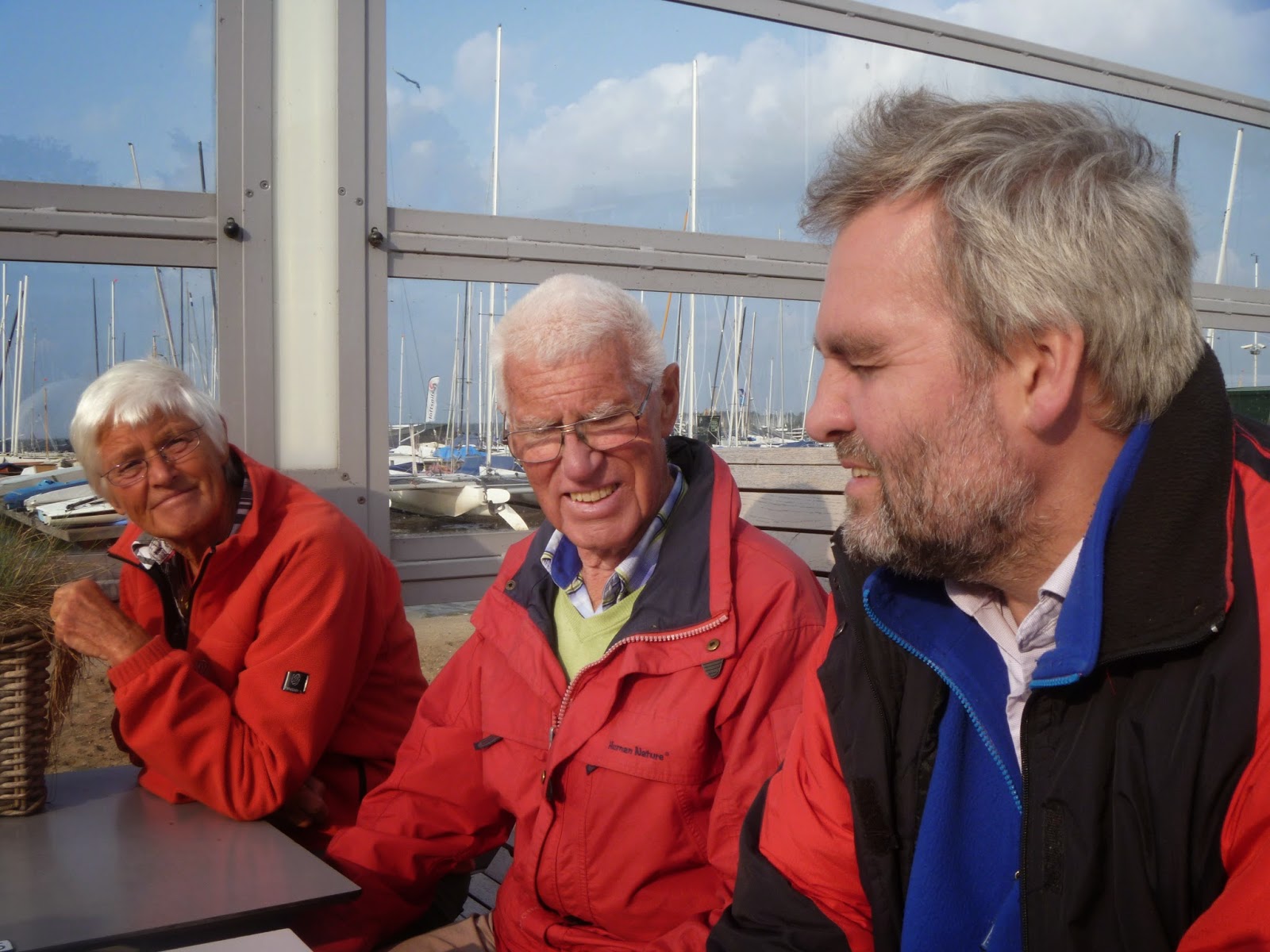 And a drink afterwards! With the three who contributed most to the cumulative 300 years on this pic.
And then time was up. My draft lectures were waiting. I flew to Manchester, drove home, parked the car, ate a sandwich and went to the office. There is a reason I haven't been visiting much this year, and that reason hasn't gone away yet! I'll see everybody again around Christmas...
Posted by Margot at 10:37