The James Cook is now home. It will be for some six weeks! But I think it’s a good home. I have a comfortable cabin, nice colleagues, the crew is a bunch of sweethearts, and the amenities are fine. There are many places in the ship I haven’t explored yet, but what I have seen can keep me occupied for a long time; there is the library, with comfortable couches, where one can sit down with a book, or check emails, at it has one of the few computers that remain connected all through the trip. There is the mess, where the amazing food can be eaten (the chefs are really good!), but the tables are rather good for Welsh homework too. And the decks provide fresh air, and sometimes views on sunsets and hopefully sometimes a coastline or two. 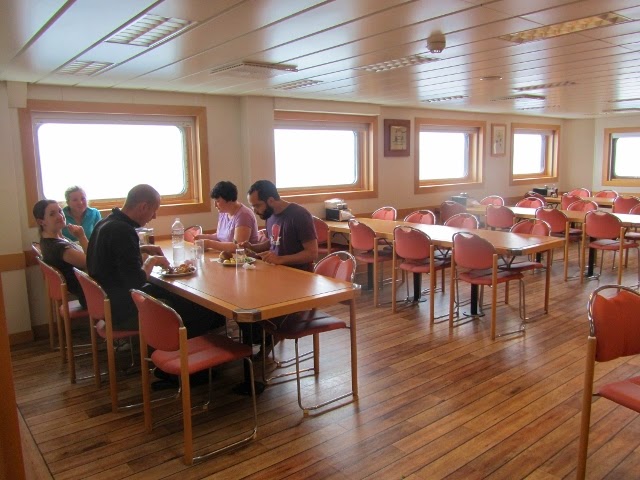 
There is also a small and crammed gym, but it is all we have to stay fit. It has a treadmill for short people (they intend to put it in one of the cargo holds, as these have a higher ceiling; anyone taller than me will bang their head while trying to run on that), and some thing I don’t know the name of but which allows for the training if the muscles you need for prussicking, and it has a rowing machine. I’d never really used one, and this one took some getting used to; when I tried it, it seemed to not give much resistance, and I figured it must be on some easy setting. Later I found out it was already at maximum resistance, but I also found out it actually is (more than?) enough if you sit down for a 2k. I think I’ll be back on that thing! I just hope it won’t be so popular it is permanently busy. 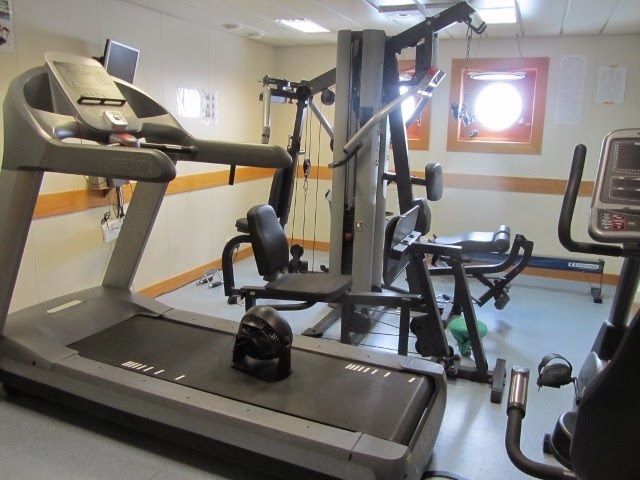 Me standing on the treadmill; mind you that the thing sometimes has its conveyor belt at an angle to make it harder; that takes up space too!
I also found a chap in there, Steve, who knows exactly what every machine does and why, and what muscles you train how, and how you can train your prussicking muscles using weights instead of a machine. A good man to bump into! (Partly) thanks to him I might come back in fighting form! I had my first tries on both the treadmill and the rowing machine; it was a bit weird to do that on a moving vessel (and its movements also being entirely independent of your own), but I managed. Both are too boring to engage with for too long at a time, but 20 min on the former and then 10 min on the latter is a fine routine workout. And then some weight pulling in between. I think it'll be OK! And I also hope I’ll have time and energy for such things. I could see it take a while to adjust to my new circadian rhythm, and until that time I might put exercise a bit on hold: sleep matters more! But I hope it doesn't take long to become a creature of the night.
Later in the cruise I might also try the bar and the film room. And whatever else this ship will turn out to hold! I think it will be a good six weeks. Let’s hope so! 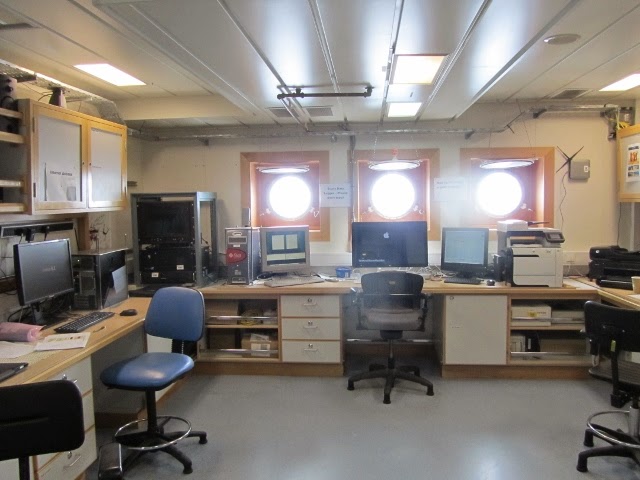 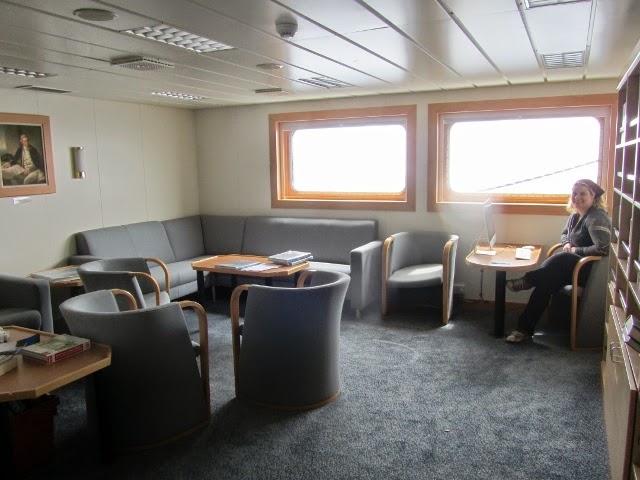 The library (notice the book cupboard on the right) 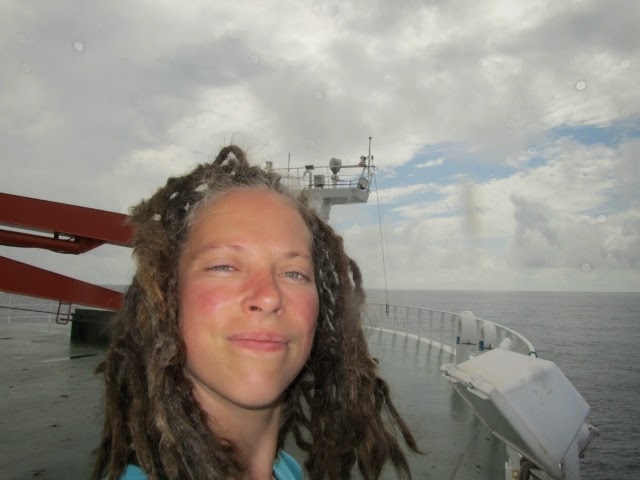