We'd get to the ship Tuesday lunchtime. Later that day, we would get a safety briefing. And very early the next day we would sail! That was the plan, that is. How different reality was.

There were some issues, I don't really know of what nature, which had the captain decide to leave rather late in the morning. But during that morning, someone realised a crucial piece of equipment had been left in Edinburgh. We needed that! So we had to postpone sailing time while someone drove down like mad to get it. But this person was hardly home again, or it was discovered yet something else, even more crucial, had been forgotten too, so he could head south again right away. And then the vibrocorer seemed to be damaged. It needed to be put in vertical position to be repaired! More issues.

The crew thought to set the vibrocorer in vertical position on the rear deck, and bolt it into place. But something went wrong, and a bolt tore, and the whole structure came crashing down. Not falling on anyone's head, fortunately, but banging into a crane, with more damage as a result. Cue more driving up and down to Edinburgh for replacement parts! This cruise is cursed. Will we ever sail? I do hope so!

So we didn't sail Wednesday morning early. Or Wednesday morning at all. Or Wednesday at all. Or even Thursday. As I'm writing this, expected time of departure is Friday noon. That's two and a half days lost! Chartering a research vessel with full ship crew + scientific crew isn't cheap. I already got told off by one of the crew that this is all being paid for by taxpayers' money. And it is! Oh dear. And we won't be coming back to these waters. All cores we want to take but can't due to the delays will remain untaken forever! This is not a trivial matter. But we'll have to make the most of it! I do hope this has been the end of our troubles. Stay tuned!

The ship, as she lay beautifully in the docks 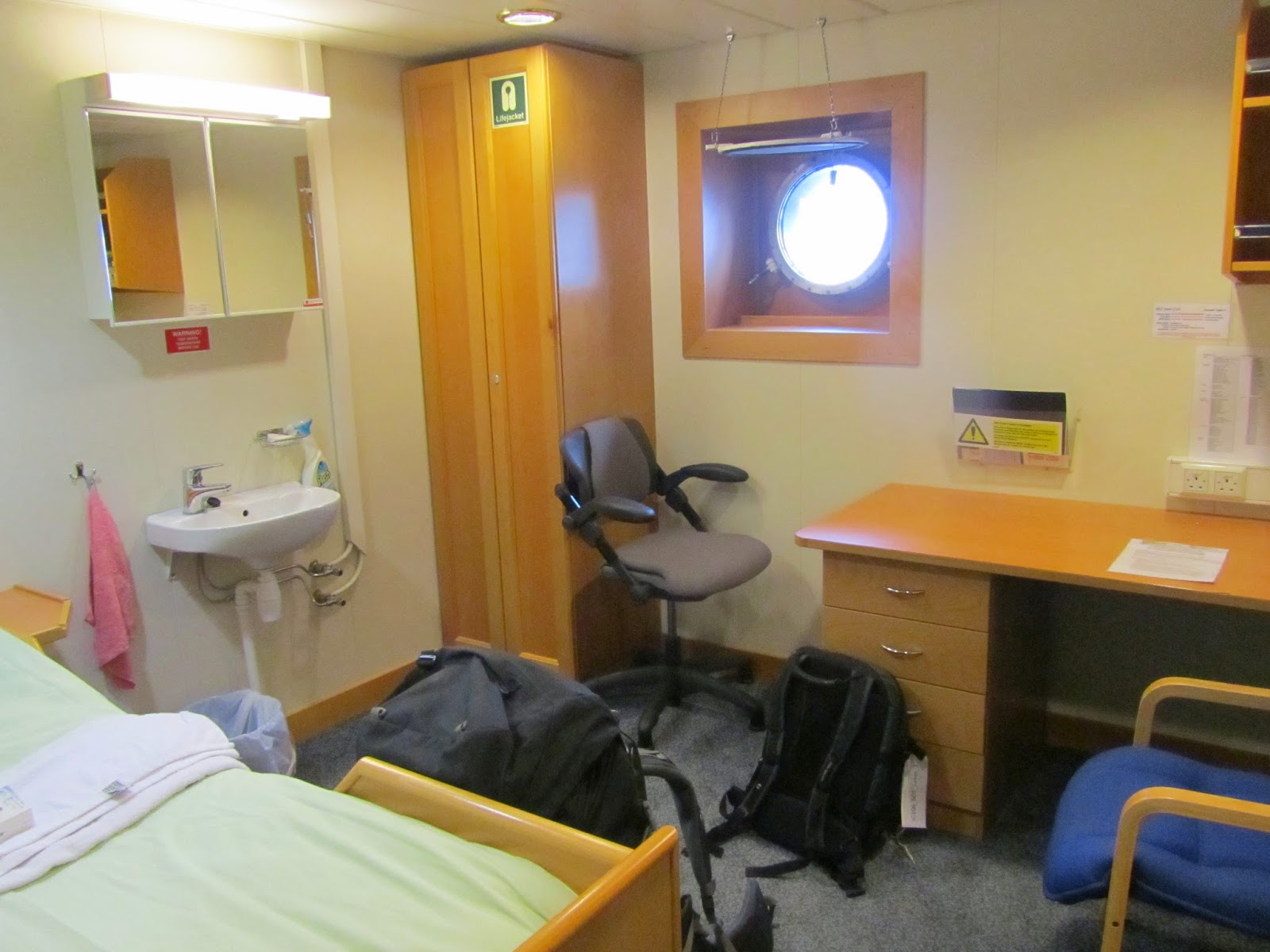