Although traipsing around in abandoned mines might not be an inherently modern thing to do, its organisation these days tends to depend heavily on internet. The Thursday trips get announced, and often even organised, on a mine explorer’s forum. When I moved to Bangor I just posted a message on that forum, and the rest is history. But more people find us that way! The last week, a chap appeared who said he was actually a caver, but had ended up in Bangor for some reason, and was willing to give mine exploration a try. So he came with us! As did a chap who lives in this neck of the woods, but just rarely manages to get his Thursday nights off. Venerable new people! But had they chosen well?

I was picked up from the usual place, this time by some Thursday veteran who hadn’t shown up for months. And a while later we were near Tremadog (yes, reader, what the Tremadocian is named after! A grand place it is). And another while later there was a veritable herd of us. We found a parking spot and changed. We were just going to look at another mine Paul had spotted on Google Earth; its spoil heaps stick out from underneath trees, and where there is spoil there must have been digging. But would all have collapsed? Been gated? Flooded? All of the above? Nobody knew. I decided to just put my caving boots on, and leave the rest as is. It was a hot night! I put my kit in my bag; I could always put that on later if we found some interesting underground stuff. The new caver went for full furry suit + oversuit. Oh dear! 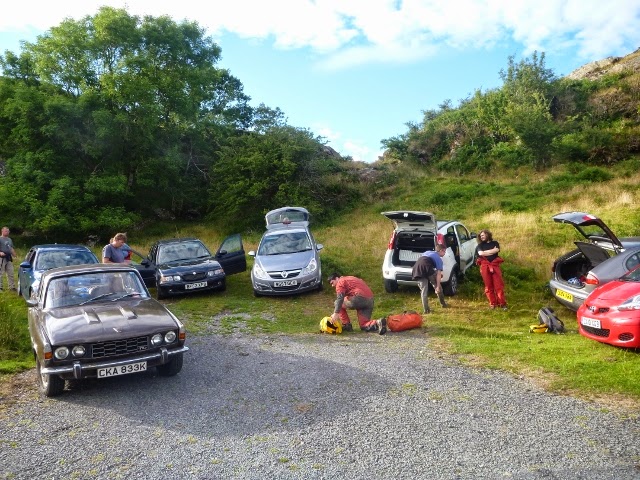 We had to first find the place; we followed an entirely overgrown public footpath, crossed a field, got to the better maintained part of the footpath, and then walked into a streambed. It was very hot and muggy. The guy in the suit was at serious risk of heat exhaustion! And I was getting very scratched in my thin trousers. But we kept faith; some adit was expected there! And we found it, but it was gated.
So we scrambled on. More brambles, more nettles, more midges. You could choose between overheating or being assaulted! But we found the spoil heaps. And they came with an adit. Which was flooded. So the whole caver never went underground. And he did get pretty much boiled. And assaulted by insects! I hope we didn’t chase him away! I bet the week after the others will offer him a good solid trip with SRT and all that. As for me; I only had to wait till the next day to arrive at the scene of my next underground kicks. The last before I would be off to sea! 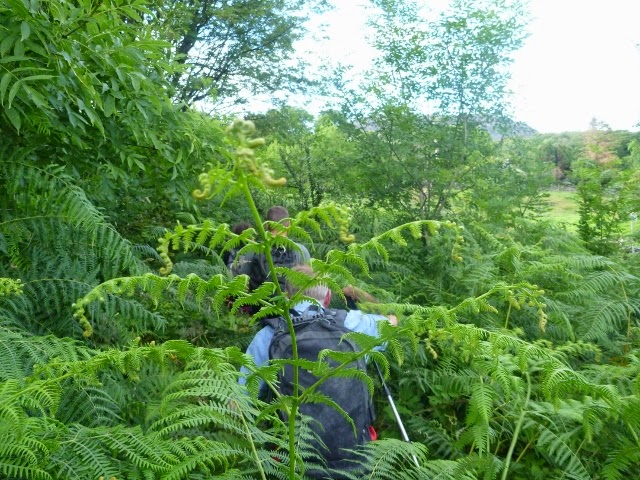 This is a public footpath. Honest! 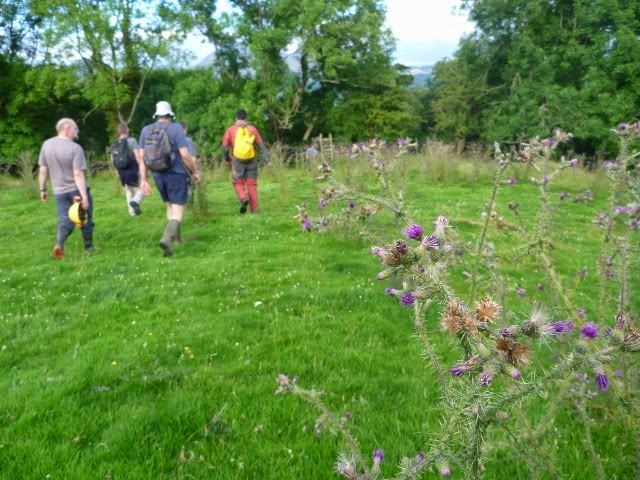 Who can resist the photogenicity of a thistle? 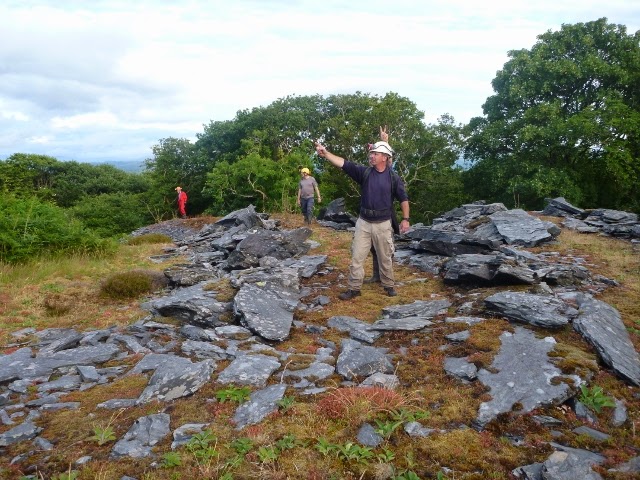 On the spoil heap


ps this entry was uploaded from NOCS; if your departure by ship has been greatly delayed, and your ship is docked right at the back door of said institute, it would be daft not to walk in and do some things that can't be done from sea... thanks NOCS!
Posted by Margot at 11:44