It has happened in the past that we had difficulty finding the entrance to the mine of our choice. It has never happened before we didn't succeed in the end. But with thousands of mines around, and nature actively reclaiming the remains, it was bound to happen that one day we would simply not find what we were looking for. And yesterday was a likely candidate. Dave officially led the trip, but the  last time he went looking for that mine (which was before my time) he could not find it. Luckily we had Ali this time, and he knows where it is.

We parked the cars and got into our gear. Lots of gear; it was an SRT trip. Some of us preferred to carry the SRT kit in a bag instead of dangling it from their bodies, and Lionel decided to even leave out the oversuit. It would be quite a walk, and he figured it would be too sweaty that way, so he elegantly strode around in his thermal underwear, wellies and helmet. And we set off.

Only minutes later there was confusion. The first batch went in some plausible direction, but Ali c.s. seemed to have gone somewehere else, without attracting our attention to this discrepancy. This was found out what could have been in time; he came back. Several of us were already crossing the river. I heard him say something about that both ways would work, but that the river-crossers would have a more cumbersome approach. I quickly assessed the situation; follow Ali on the easy way to a certain mine, or follow the stubborn impatient guys, who are known for getting themselves in trouble, taking the assault course? Not difficult. Even though it may mean not ending up underground; the last trip I did both Lionel and Richard condemned themselves to an above-ground evening by the very same behaviour.

On the other side it became apparent that Lionel, who was in the lead, erroneously assumed he was following someone, and had no idea where he was going. Nor did anybody else of that group. So we had no other choice than to go back. We crossed the river again, and went for a search. Lionel used his military voice to beckon to the other group, inadvertently scaring the heck out of many, many sheep. Once we heard an answer, but searching the area it seemed to have come from was in vain. 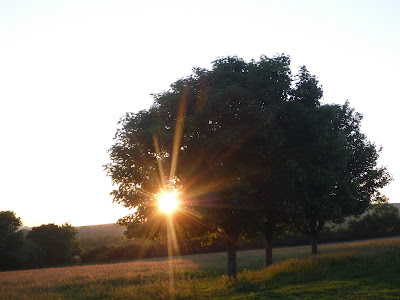 It was an interesting scene. Lionel was fanatically strolling this way and that, cursing civilians for being so %$*@# disorganised (mind you, he earns his living protecting donkeys), Rupert was staying constructive, Richard lagged behind with a face that said enough about his assessment of the situation, and I amused myself observing all that, in the process probably making then men's moods even worse. 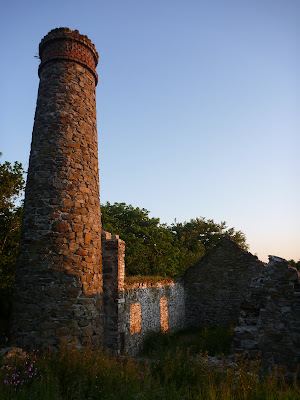 At some point we had gone so far we had left the mined area, so we went back, half hoping at least one of them would have done the same. No sign of a living non-cattle soul, though. So we searched the other side of the river. We sure did get our exercise in this hilly terrain! And we were rewarded with a beautiful landscape with picturesque mine-related ruins, but not with the company of our friends. At some point we gave up and went back to the cars. This involved crossing a cemetery, where Lionel made me laugh by announcing he'd take off his helmet to be less conspicuous. Yes, indeed, without the helmet he would blend in well with any innocent passers by, in his thermals-with-wellies. Sure. I was wiser than to bother to try to look normal, with all my SRT kit dangling from the climber's harness. 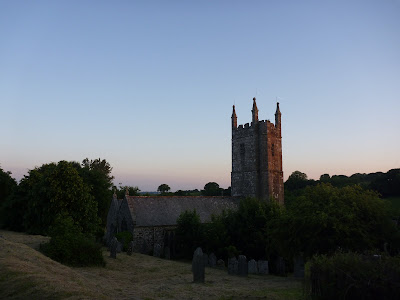 We reached the cars, which was of not much use, as both Rupert and Lionel had been passengers and had no access to the cars they had travelled in. Not very much later, though, the other group came back too; they did not look happiest either. They had of course found it, but only a few feet inside the adit there was a drop that could only be negiotiated with ropes. And guess who carried those...

Some words of frustration flew, but soon enough everybody had shed their caving kit, and we were off to the pub, where all discordia was immediately forgotten. And the good news is, that now many of us can find this mine, and we have a proper trip there to look forward to in the near future!
Posted by Margot at 18:23