The first plasterer I contacted first kept postponing the moment he could come and start the work. And then he stopped giving me updates. And then he stopped answering my phone. That was no use! But then I just googled another one. And he at some point became difficult to reach but that wasn't because he was trying to get out of the work. He got back in touch he would appear the next day between 8 and 8.30. Great!

He was almost as good as his word! A bit after 8.30 he appeared with three wingmen. And they set to work! I didn't know what was happening to me.

I went to Graduation that afternoon, and hoped to be able to do a Thursdaynighter trip afterwards. After the ceremony ended I quickly checked my mail. A lot of people had pulled out! Paul was wondering if anyone was up for it. I was! I quickly mailed that and then went to my car and drove home. There I saw the trip had been cancelled. And I heard a strange sound. Was my engine falling apart? No! It was a plasterer mixing cement. They were still there! It was ~4:45.

I had a look. The place looked completely different! And they weren't anywhere near done for the day. As they had a ladder on the staircase I went in through the kitchen door, tidied up my caving kit, drank tea (I was desiccated after a tea-free ceremony), ate something, went out to buy some milk as they had gone through a lot, and then went to my home office to do some extra work. They didn't stop until 7:30! Blimey. And they would be back the next day! 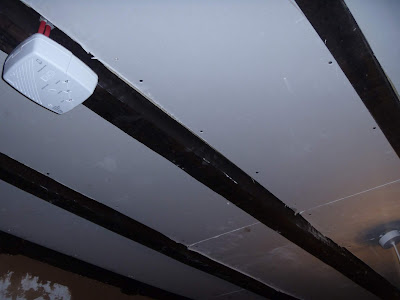 Plasterboard on the ceiling in the landing 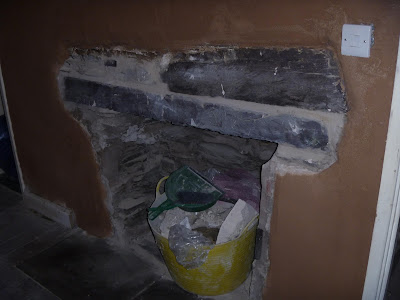 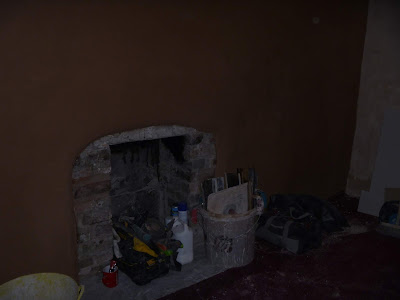 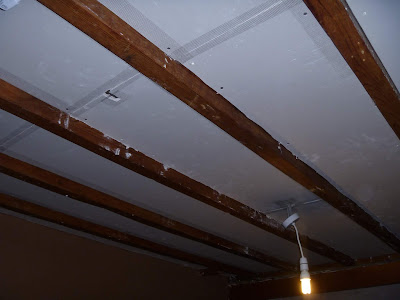 Plasterboard on the living room ceiling