Christmas visit to the Netherlands

I had accidentally taken my mother’s keys with me the previous time, so this time I could let myself in. It’s always lovely to see her! I was in for a short visit though; the next day I would scoot off to Amsterdam to see Roelof. I overslept! But I still had quite some time with him. He picked me up from central station and took me to a wharf which had been turned into a new age-ish compound with cafe, hotel, workshop and whatnot. All built out of reclaimed materials! Very cool. We just relaxed. I did have to put on a down jacket for it; thermal insulation isn’t their forte! But it was nice.

He also took me to the NDSM terrain for a last beverage, just so that we could stretch our legs. I like these half-industrial spaces! 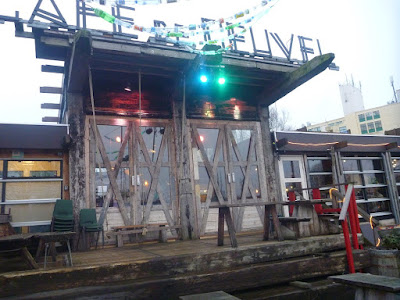 The cafe Roelof took me to 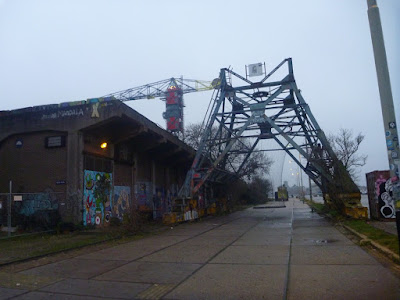 Near the NDSM wharf

That night we had the sort of traditional cousin dinner, this time with only three of us. In Weesp; I had never been but it was pretty! And it was nice to have some time with my sister and my cousin. The others couldn’t make it! 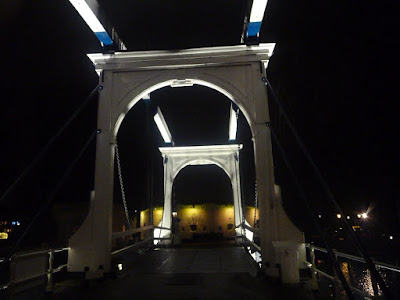 When we finally got to my sister’s were we’re tired and went straight to bed. In the morning I left again, to Hoorn; it would probably be the last time I would visit Monique there. Next time she would live in the east!

As two people looking to move house we showed each other the houses we liked on internet. Children in the toy shop! It will be cool to see where we each end up.

We also went for a last walk in the very Dutch landscape nearby with the dog. And she cooked me a nice curry! Consider that recipe stolen. 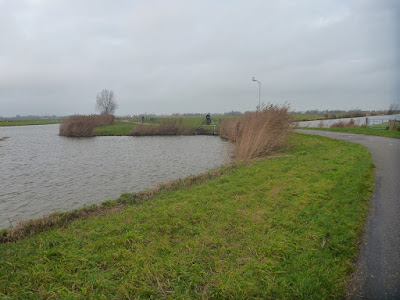 The landscape near Hoorn

That night I went back to my mother. The next day I would be there. It was a nice calm day! I did go for a run, but otherwise we were mainly engaged in small domestic chores. I washed and waxed my hair, and mended a sock. That sort of thing! And in the afternoon we went for a drink with two of her neighbours. That was nice too! 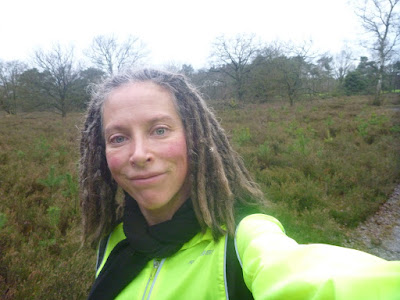 The next day I went for my last visit: my dad. I was the first visitor of the day; my sister and her family would follow soon after. Later her in-laws would complete the gathering. She did not know who I was; she suffers with dementia, but she seemed to not mind me at all.

We first went for a walk with those present; I keep being impressed by how beautiful bits of the Netherlands are if you know where to look. And I think my relatives all live in these areas on purpose. It was lovely! And soon afterwards the last guests appeared. 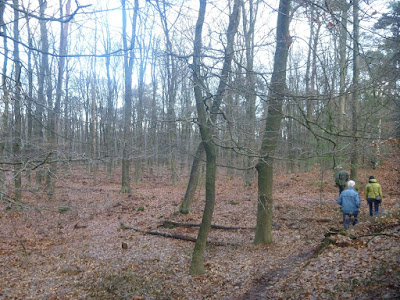 We did the usual thing of talking, eating and drinking. Soon Joke and Nora did some intragenerational bonding in the kitchen, preparing dinner. And it was lovely!

Soon after dinner the eldest guests left again. My sister’s family was starting to look sleepy too. I had some more tea with my dad and stepmom and then I was off to bed too!

The next day it rained. My dad offered to drive me to Lelystad Station, as that would get me a direct train to Schiphol, rather than the half hour wait on a cold station if I would travel from Harderwijk. Very nice! And that allowed for a bit more father-daughter talk. As is ongoing!

Then the trip was over. Back to Wales, where life is in a very exciting phase! Who knows what house I’ll travel in next time I come to the Netherlands!