It would be a bit dull if I wrote up every run I did. But lumping a few together should work! I did a few closer to home, for reasons of efficiency. It started with a run close to home; looking at the map I realised that there was a lane between my home and the main road west (in the direction of places like Brynsiencyn and Aberffraw where I have done quite some runs) I hadn't tried yet. I did that first! And it was nice. 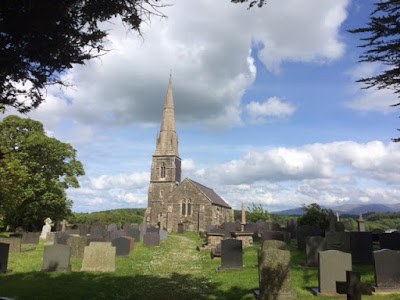 Church in the middle of nowhere

The week after the day started really hot, so I decided to run in the woods. I sometimes go there too when it rains; there are many logging roads and these stay passable in heavy rain, while they have no traffic at all. This time though I ran almost exclusively on the paths. Very nice! And good views, as one of the paths skirts the edge of the woods, which is perched on a rock.

Two days later (it was a bank holiday weekend) I went back to Red Wharf Bay, which had been the start of my first Welsh weekend run, but when I had parked up in the west and gone further west still. Now I parked up much more centrally and ran east. The route went over a peculiar sea wall! Charming. And when I was looking for a convenient place to stop I saw a parking lot. Great! A good place from which to run the next time. 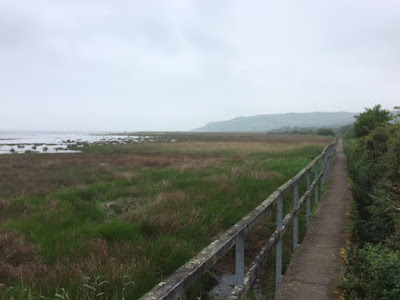 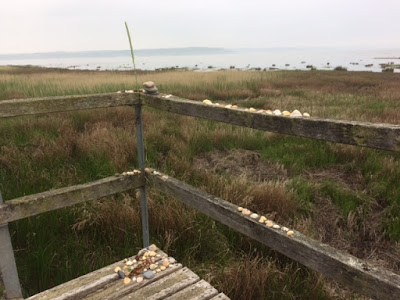 You guessed it. The next time I started at said parking lot and ran further east still. Another nice run! A lot of rural idyll and some good views on Red Wharf Bay itself. And where I turned around you could park a car. I have two runs lined up now (I also have already picked a starting point for when I want to continue my coverage of the coastal path from Porthllechog on a day I want to go running a bit further afield! 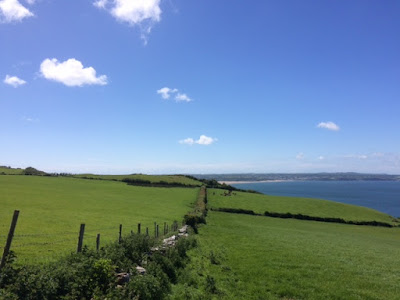 Red Wharf Bay in the distance
Posted by Margot at 09:16