While I had been away, quite some rain records had been broken in the UK, among them near where I live. Capel Curig, the village near which I celebrated my birthday, and where we hit the worst floods on the road trying to drive back to the hut, had 21cm of rainfall in 48 hours over Christmas. It would have been less on Anglesey but it gives an idea. I didn't worry about my house as I live on a hill. Water just runs off! But I had cheered too soon.

I came home the 29th. On the 30th I took my bike into town. I walked into the garage to get my bike. I noticed a bike light was lying next to it. Strange! Then, and only then, did I notice that my cupboard had keeled over. Sometimes the most blatant things escape me for quite a while. But this was mayhem. By the looks of it, water had come into the garage, had pulled the legs of the cupboard into a curl, and that had sent it toppling. Oh dear! I forgot to take a picture of the situation as it was, but the next day I did take a picture of the mess and the cupboard with its curved legs. 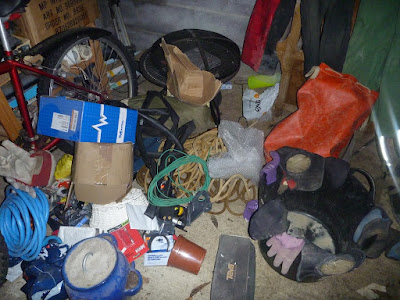 The mess that managed to escape me initially 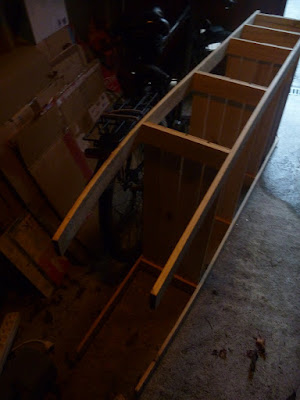 The curved leg, which doesn't look so bad when the thing is lying on its side


I decided to just place a slat between the front and back legs in order to prevent the front legs from curling to the back. It wasn't much work, and it worked! And soon I could place everything back in it. I entered the new year with a tidy garage. It shows you can't mess with Welsh weather, even under a roof! 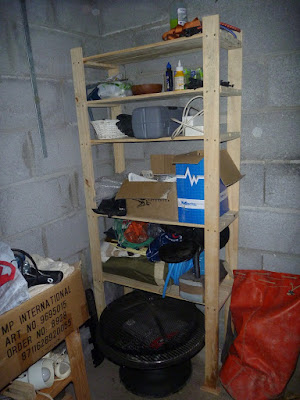