Where would I hide if I didn't want to be found? Among musicians! Nobody will look for me there. But there are more reasons to venture into the midst of people who are gifted in a way I most certainly am not. To enjoy these gifts!

One might have noticed I have a musician amongst my friends here in York; Abi, who plays the violin. And she's not the only one around here, it turns out. She alerted me to the existence of folk sessions; just pubs where at a given time and date folk musicians gather and just play. Everybody is welcome. Just plonk down on a chair and play along. As far as I could tell, when one song is over someone with an idea will just start the next, and those who know it will play along. And that all night! And these sessions tend to be packed. The first time I attended on it started with some violinists, accordionists and what have you at a table, but before I knew it the whole pub was filled to the brim with people of all ages and genders with flutes, bodhráns, guitars, you name it. It was great! But I didn't get to go very often; these evening tend to clash with digging sessions. But then there was a session in a different pub on a Friday. That worked! And it was great, again. This session even had a charming dog, and a lady playing a washboard. Spiffing! 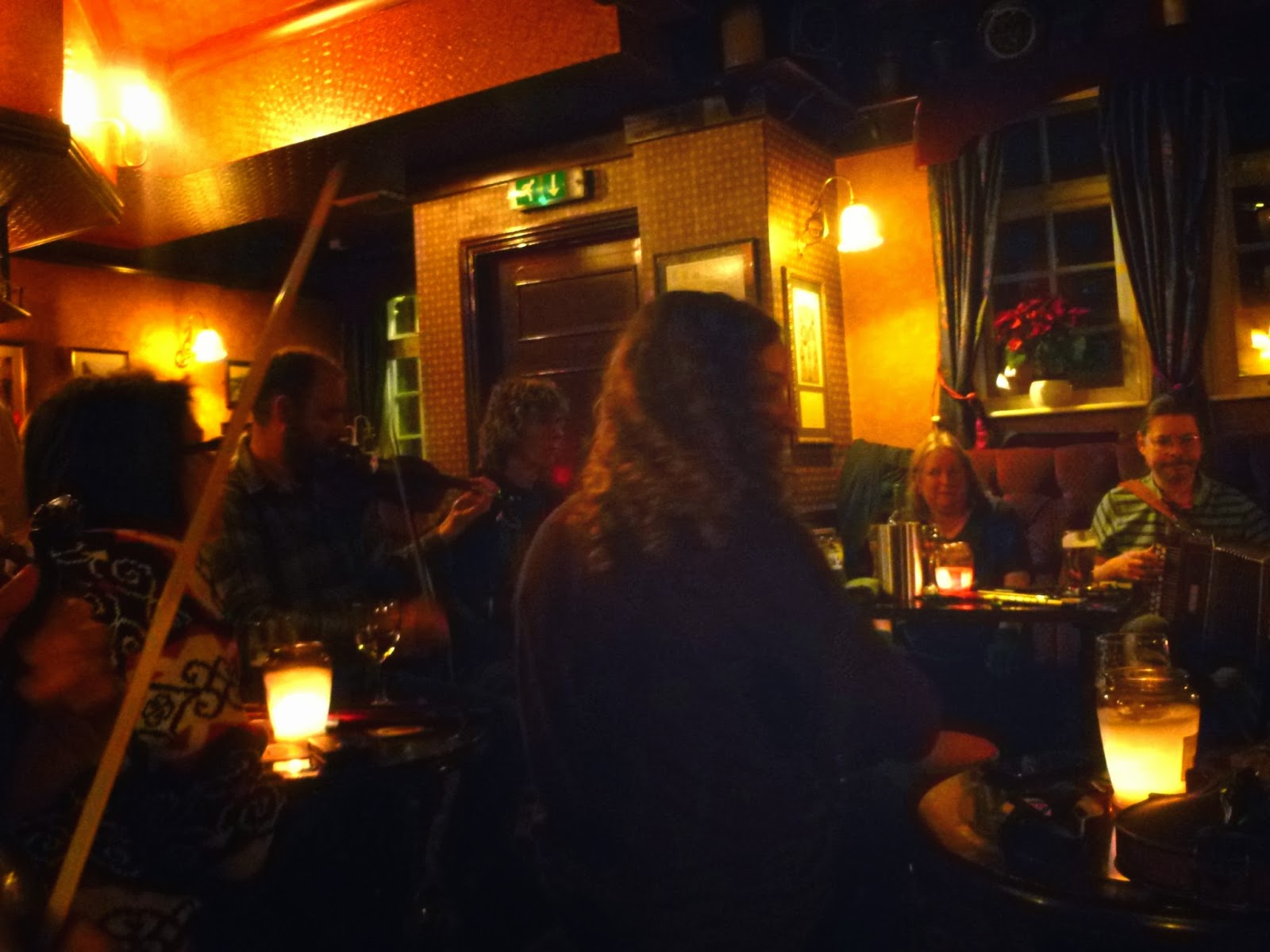 Abi in the centre, surrounded by other musicians 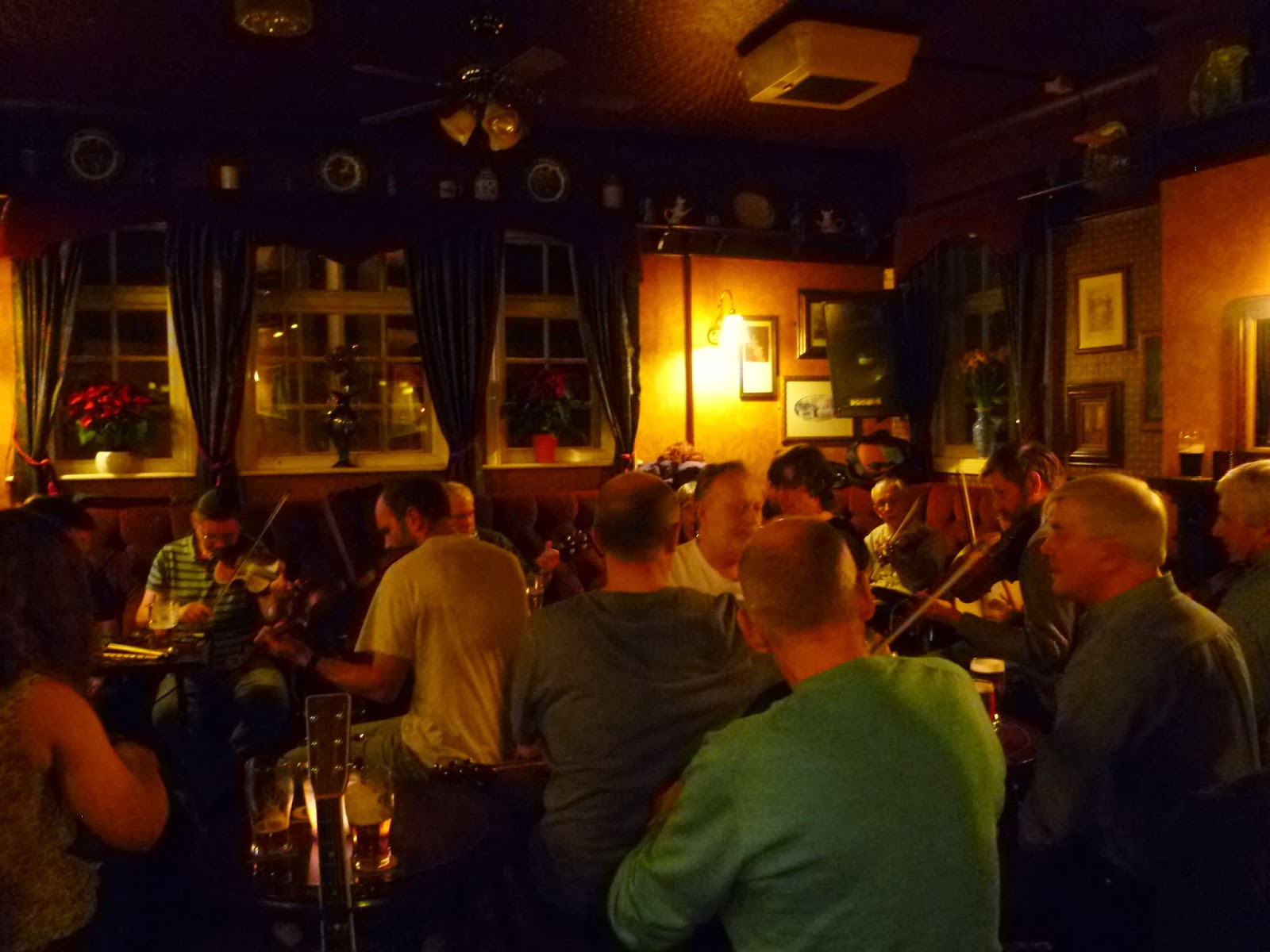 The rest of the pub was filled up too. 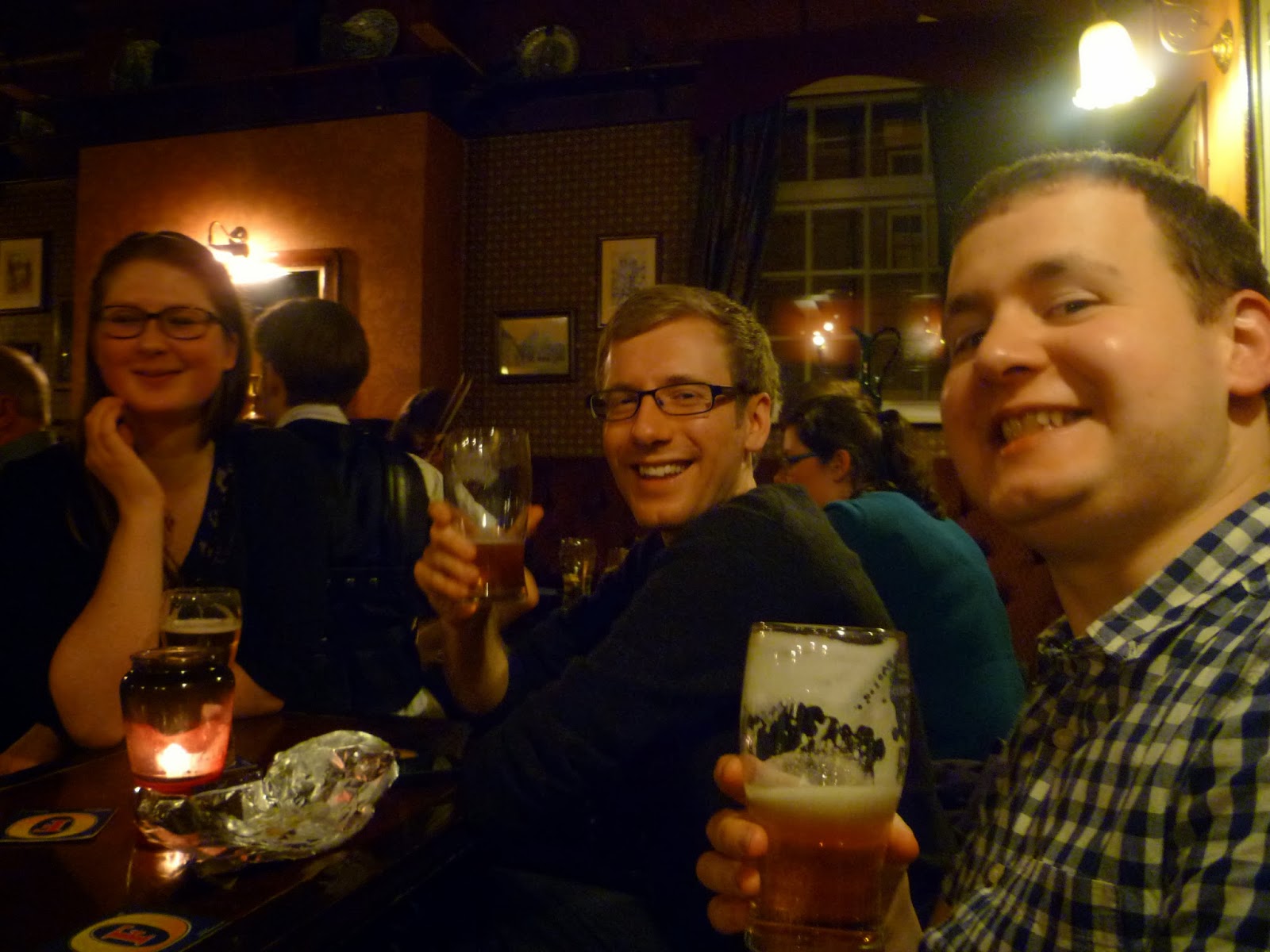 We were several Abi-fans in there!

I made sure to leave after two beers, because of having to rise early the next day and expecting an exhausting day (I turned out to have expected correctly), but I had a great time. They even played a miners' song! Right up my street. The Collier Song, also known as "I can hew". Here is a version performed only with three voices and two bodhráns. Listen for yourself, if you will!
Posted by Margot at 21:31