Somewhere in Yorkshire there is a mine that used to be accessible. The powers that be for some reason or other decided, however, that it had better be closed. And the mine stayed closed for years to decades. (Is it evident I did not read up too much on this topic? It does, doesn’t it? But I'm also purposefully staying vague; we can't draw too much attention to this place until it's gated again!) But some of our cavers thought that this place being closed off was a waste, and applied for permission to open it again. And we would of course gate it; wildlife, industrial heritage, and the wellbeing of slightly too adventurous passers-by needed to be protected. But once it was gated at least those with respect for mines and their surroundings, and the skills to negotiate them without getting themselves and their surroundings into trouble, could enjoy this place again. We had to jump through many hoops; we had to address exactly what we would do and when and where we would put any spoils and needed to get it all signed by everybody who is somebody. But we got permission!

The plan was to trace the adit on the surface to a convenient point where we would dig vertically down. We would try to break through the ceiling, support any weakened structure, and insert a plastic pipe big enough to climb down through. And then gate the pipe. Bob is one’s uncle! But would it be that simple?

On a sunny but cold Saturday morning we gathered. We picked a spot and started digging. And after a foot or so someone announced they had hit a hard surface; the ceiling? It turned out not to be. So we dug deeper. And deeper. And deeper. And started wondering if our eyes had been playing tricks on us. We were already 2.5 meters deep! Where was that ceiling? 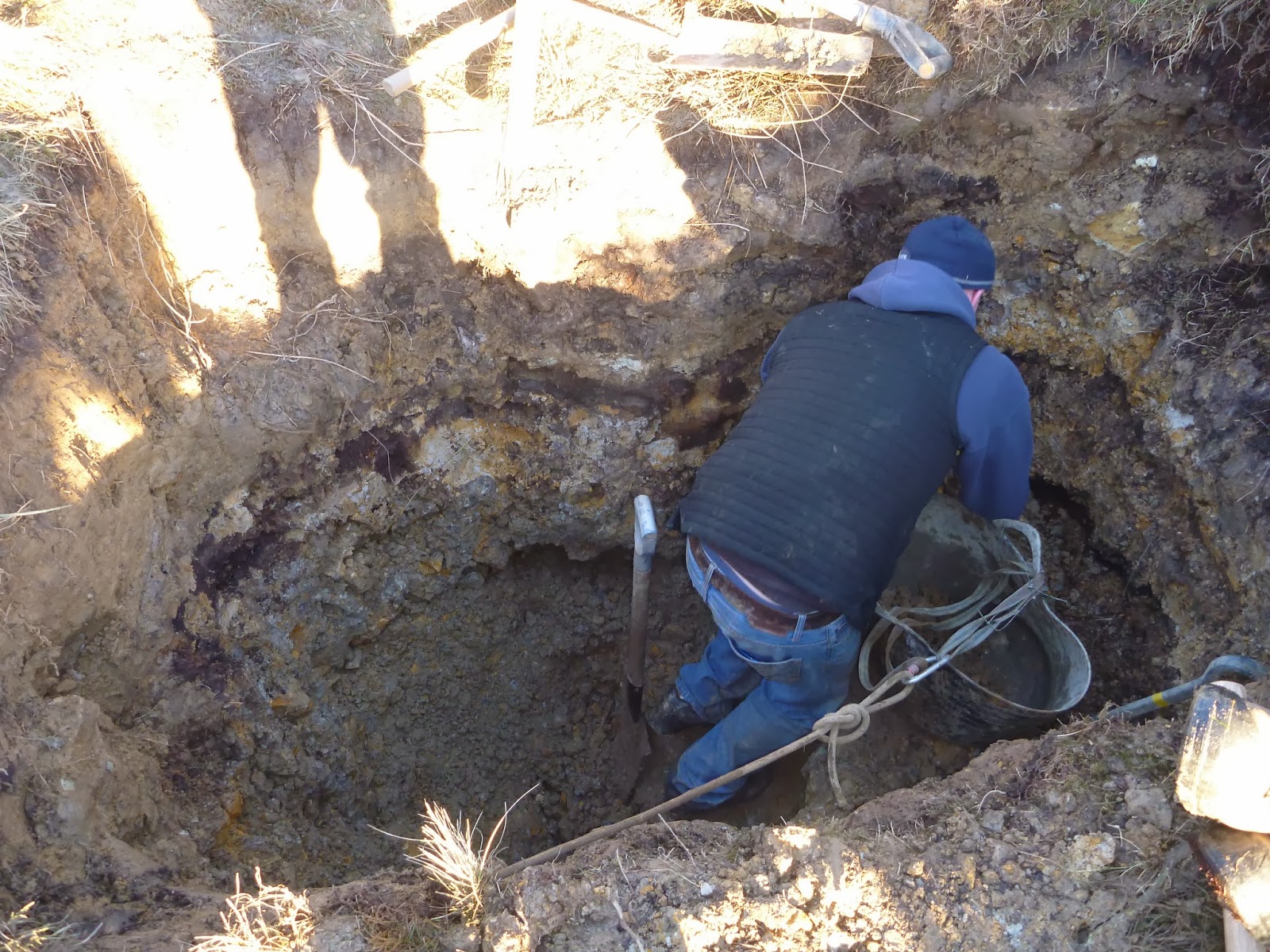 In the beginning we could still dig with three people, but when the hole got deeper and narrower fewer people fit in. At some point it was one person digging, and one other person handing buckets of spoil up, and everybody else just standing around. I got cold. So at the next change-over I seized the opportunity to get down and dirty. And soon hit a flat stone. And one beside it, nicely aligned. Was this the ceiling? I cleared the surface and left it to the next digger to validate my findings. And it was the ceiling! Success! But the sun was already setting by that point. We tidied up, covered the hole, and went to the pub. 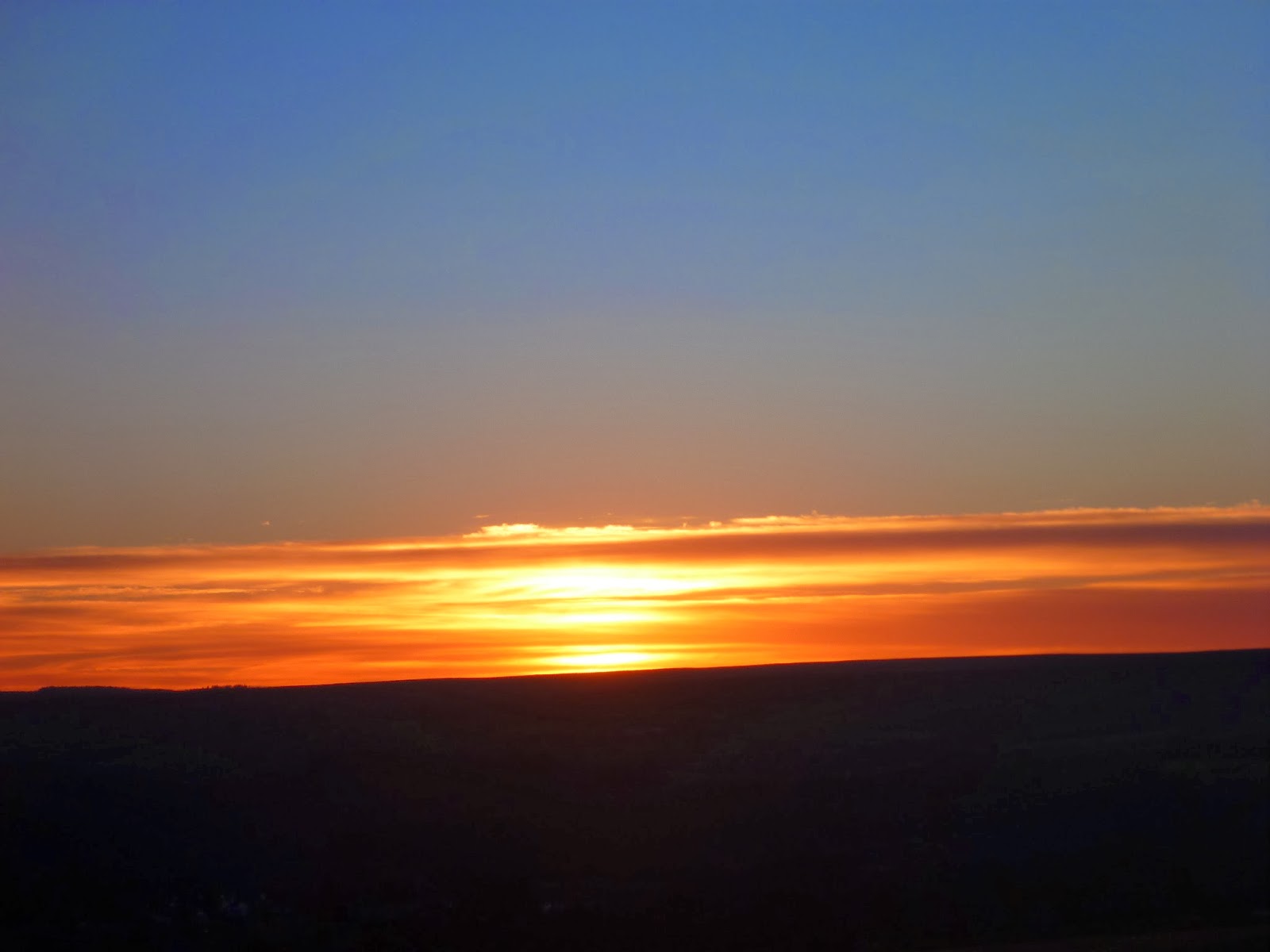 The next day we got back, and made the hole wider while waiting for the pipe to arrive. It had an outer diameter of almost a meter! And when the hole was wide enough we were faced with the challenge of breaking through the ceiling. Luckily, we approached it from above, and arches don’t tend to have much tensile strength outwards, so we just drilled a hole in the central stone, put a bolt with an eye in, and pulled it out. A first glance into the adit! We saw water glistening, but it was clear it wasn’t deep. Good!
We pulled some more stones out, cut some off to get an even hole, stabilized those that were in the perimeter of the hole (taking away the keystone weakens the structure considerably!), and cut a sliver off the pipe to see if it would fit. It was good the gathered people had garages and sheds festooned with angle grinders, circular saws, jigsaws, drills, generators and whatnot. It was a coming and going of power tools in our hole. Without these it would have been awfully difficult! 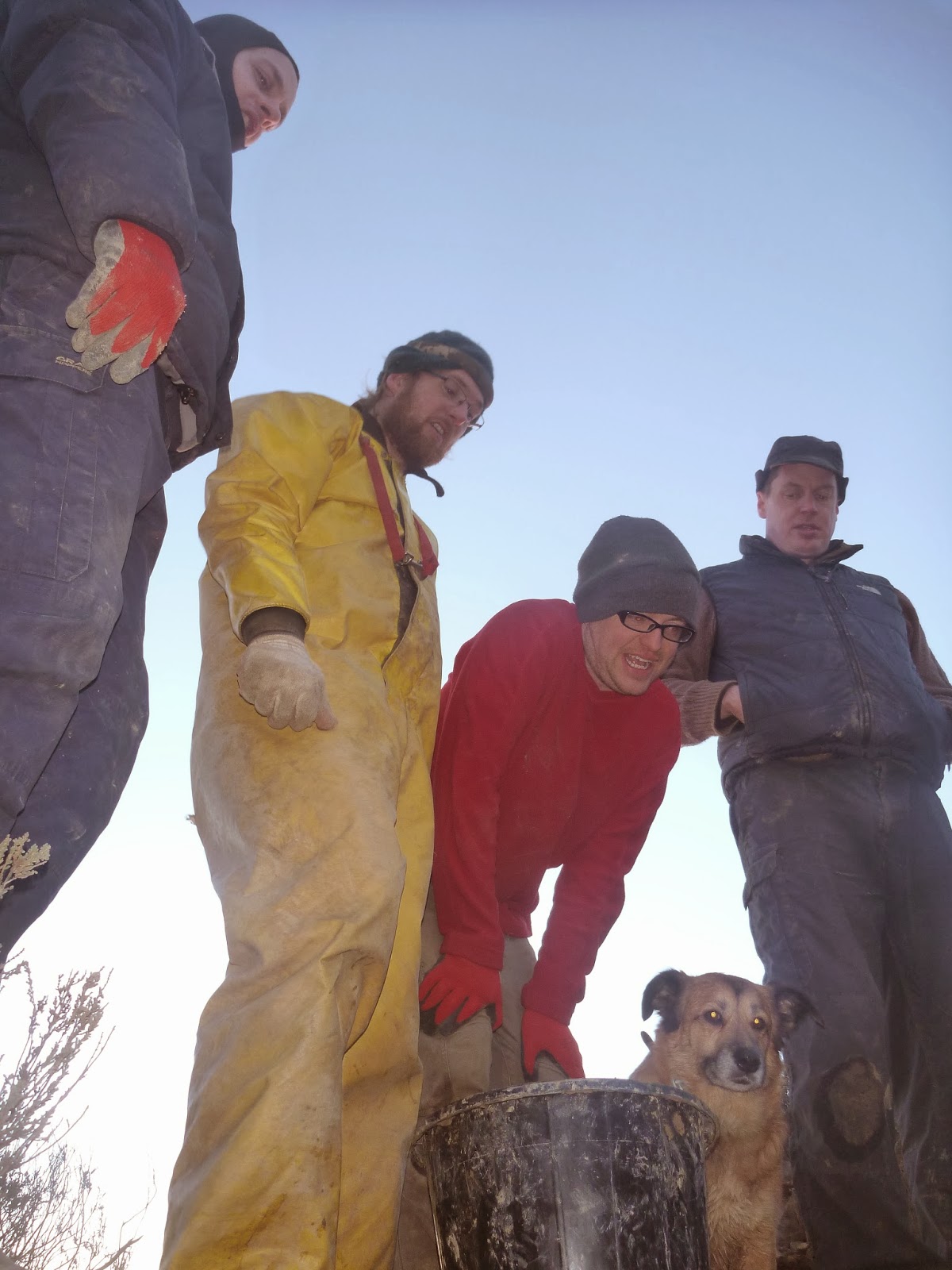 Everyone, including the dog, fascinated by what is going on down there.

We used the pipe sliver to make a template for the bottom of the pipe, so it would fit perfectly. We had already fixed steps inside it; these were made in the forge-in-the-back-of-a-van provided by our farrier. And then we dropped it into the hole! Before it was properly positioned one of us climbed down in the teetering structure, and jigsawed it into position. Luckily it wasn’t heavy; we could left it up for him to be able to do his work. And soon it dropped snugly into place! And then the big job of filling the gap between the pipe and the surrounding ground! But this was a job that could be done with many more hands at the same time, so we made our spoil heap disappear in no time. And we built the rocks and sods that had come out of our hole around the pipe. 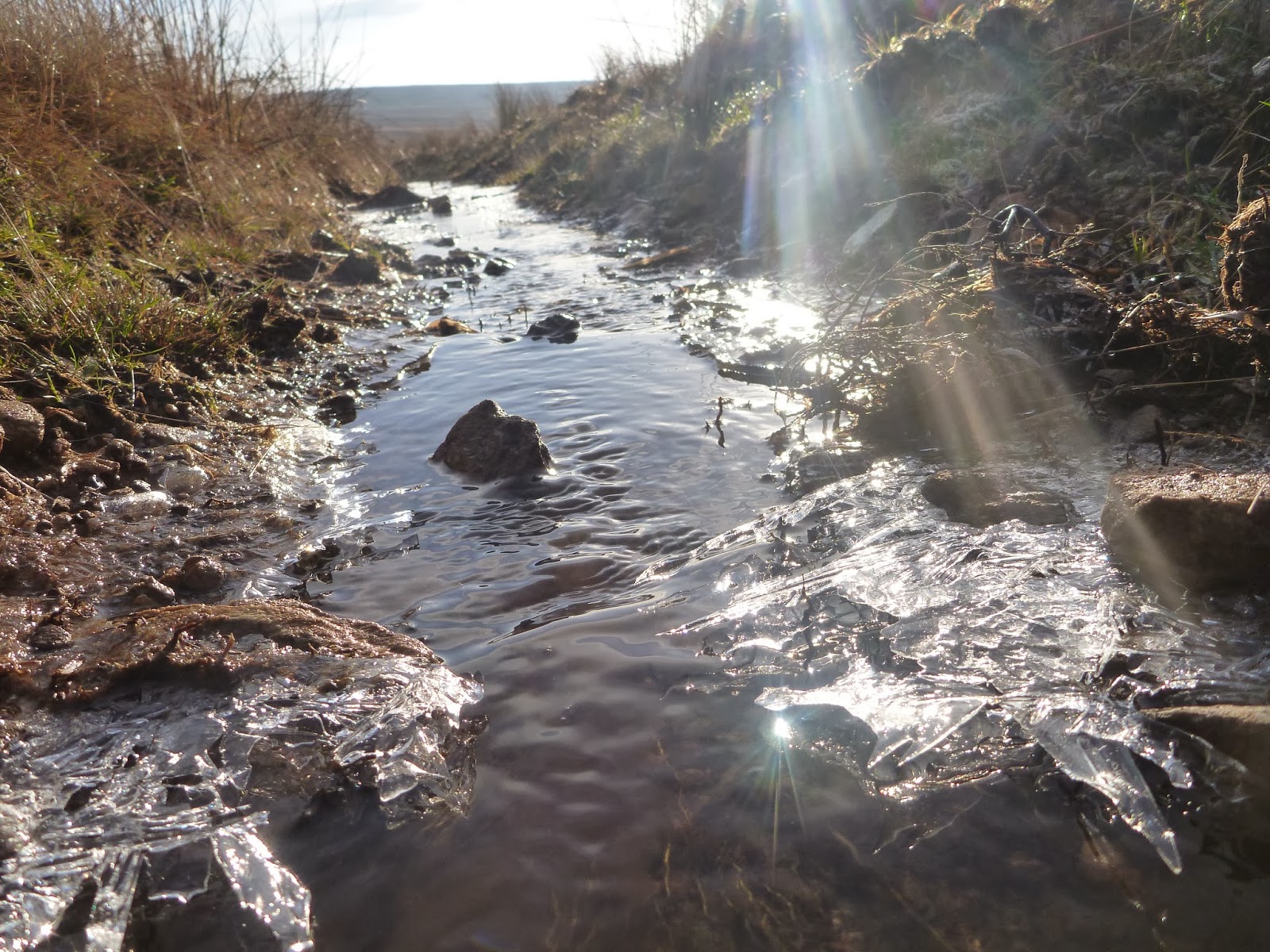 It was a cold day!

Now we had gained entrance, I wanted to see what we had access to! So I went to the car, and changed into my caving kit. By the time I got back they were already fixing a garden gate to the top of the pipe, as a temporary gate. I had to be quick! I dropped down, and had a walk into the hillside.I didn't go too far; I knew the others were closing the entrance off already. And I should help with the final tidy up. But it was nice to get a preview of what we had earned ourselves! Soon we would go in for real... This must have been the most efficient getting-access-weekend in mine exploration history!
Posted by Margot at 11:09