The blog mentions culture; that's generally a bad sign! It should mention mud and sweat. When there's time for culture that often means my health does not allow sweaty muddy fun. And indeed; that long last day in Ireland, starting with my fastest run in quite a while just after 7AM, all the way to the students' disco until 2:15AM, and then the harsh trip back, did me in. I was feeling so bad when I got home I stayed in for a day. And the rest of the week I wasn't at all at my best. So the Easter weekend should have provided opportunity for tough hiking, but that had to be replaced with something more sedate. Culture!

The last time I was too ill to get muddy Hugh and I had had a look at interesting sights in the neighbourhood, but found that the more spectacular ones were closed; this was our chance to see one or two of these after all! So I picked the most spectacular nearby medieval castle. And to Restormel Castel we went.

It's a 13th Century castle on a hill, and there's quite a lot left of it. To my surprise it had been more of a show castle than a defensive structure; that somehow doesn't fit with the view I have of that time! I should revise. The castle, though, left little room for doubt; its windows were bigger than mine.

It was a beautiful, sunny day; a good day for visiting such a decorative structure that overlooked the Fowey valley. And I would rather have hiked Dartmoor, but one can't have it all, and if one can have this it isn't too bad! 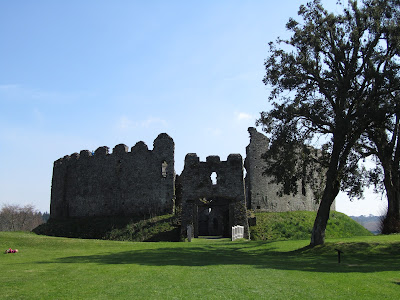 Restormel Castle as its presents itself to the approaching visitor 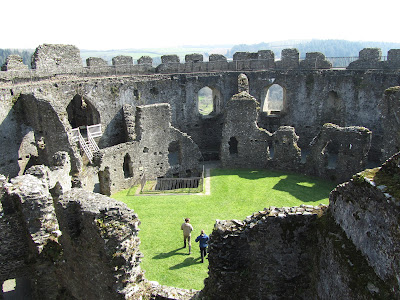 The castle from the inside 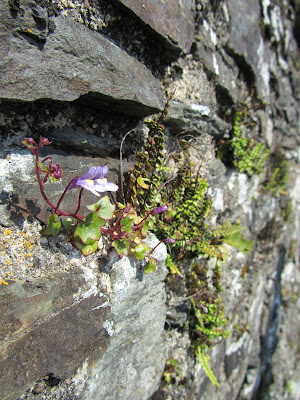 Spring flowers growing from the walls 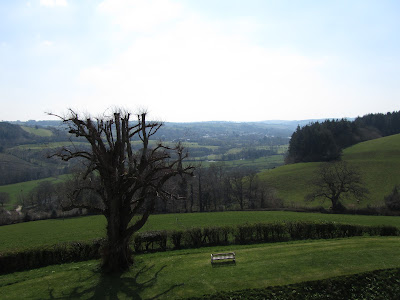 The dreamy view over the valley 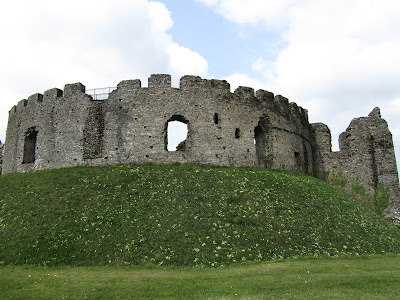 The somewhat silly sight of intimidating, more-than-a-metre-thick, crenellated walls, with enormous windows...
Posted by Margot at 09:37