There's only so much time you can spend in a castle ruin. Even me. So when Hugh and I had combined radiant weather and sniffly coughing people to visit Restormel Castle, we were out so early we could squeeze in another sight. Earlier in spring he had had his eye on the Lost Gardens of Heligan; some botanical project of some absurdly rich landowner, which had gotten overgrown, and was quite recently rediscovered. The gardens had been restored to their old glory, and some modern bells and whistles to lure in more tourists had been added. We went to have a look.

It is quite an extensive place! They have what they call a jungle, with all sorts of exotic plants thrown together, but also classic English show gardens, and vegetable gardens, and what not. It was quite nice! Within minutes Hugh got emotional: they had quite some Southern Hemisphere vegetation, which he hadn't seen for many months. I was still feeling a bit restless; I don't want to be under the weather all the time! I want to run off-road races, and explore extensive mines! But as I said in the previous bog post already; one can't have it all, and if one doensn't have one's health one should be glad to have such gardens and other features nearby... 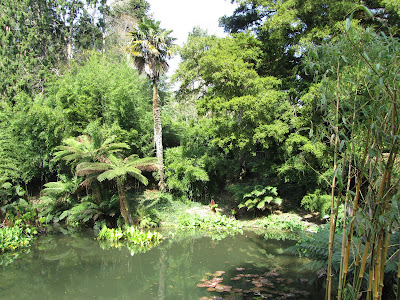 A pond in the 'jungle' 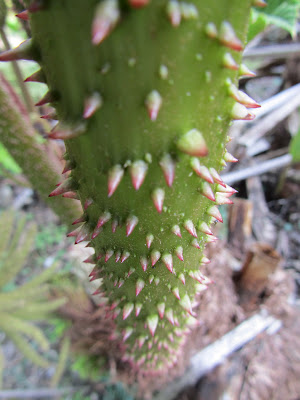 The stem of giant rhubarb 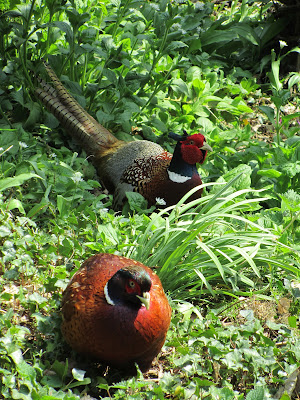 There are many pheasants in these gardens, and they aren't shy 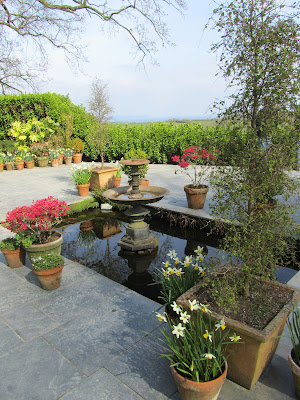 Manucured part of the gardens, with a view onto the sea 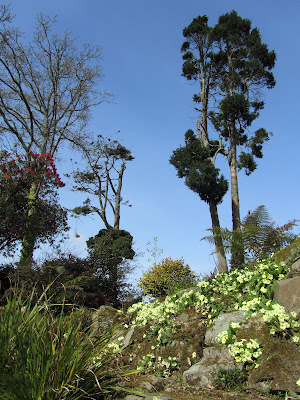 This is imaginatively called 'the ravine'; far from being ravinesque, but quite pretty anyway!
Posted by Margot at 12:33