...light, please!
Would that commercial for soda water have been international? The hot babe that says the above, upon which a dozen sharklike men immediately present her a lit lighter. Yet what she wants is a glass of low caloric beverage.

I want neither. I wanted to be able to make beautiful pictures in foggy caverns. And how does one do that? With a slave flash. Preferrably several, but one has to start somewhere. And I got one! But to no immediate avail: this week the caving trip was cancelled due to insufficient parttakers. Crap.

The good news with that is that I got some time to test it in civilized surroundings. If you're not yet fully familiar with all the switches and settings of a new, hi-tech toy, maybe a claustrophobic, terribly muddy cave is not the place to do something about that. So I started out in my living room. 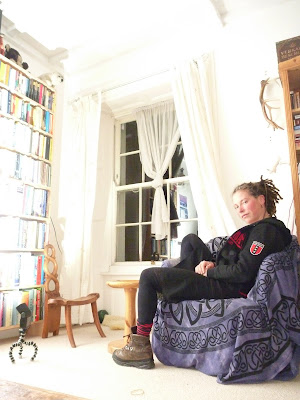 The flash is too powerful! Even at its most modest setting it blasts the whole room so full of white light there is no room for much else. So I tried outside. And at its most modest blast it lit up the whole house.Aiming it into the hedge gave a fairly charming effect. 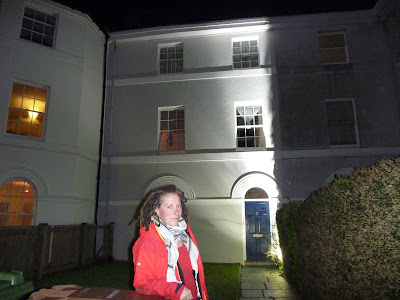 It will be quite a challenge to get that thing safely through the muddy, squeezy tunnels of Pridhamsleigh, but if I manage that I'm certain I can blast that cave into submission! I look forward to it. Goodbye to pictures that mostly show water vapour!
Posted by Margot at 22:31

Hey Margot, I like the photos, particularly the first one.

Just a thought - are you able to adjust the shutter speed and aperture on your camera? Playing around with those should help reduce the brightness.

I probably could, but I won't bother; in places where the slave flash is too much I can make do with the built-in flash. This was just for testing out things like which setting do I need, at what distance/angle/level of disturbance can you trigger that thing... and it is kind of arty-farty, that white light!