Sea level up to your ears

A few years ago, I was applying for a job. During the interview I got the question what type of scientist I considered myself. My answer was: palaeoclimatologist. The response: "I was afraid you would say that". The gentleman hoped I would label myself a micropalaeontologist, but I didn't. With a degree in hardrock geology, followed by an ad-hocced PhD in purely applied micropalaeontology, I would not dare. I had learned to recognise only a few foraminifera species, and my data resulted from dissolving them and tossing them in an expensive machine. 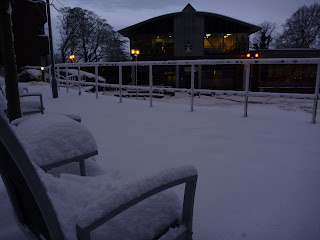 The college where I stayed

Things changed. In Norway I was almost a biologist. The microfossils were not just the hapless bearers of a chemical or physical signal with palaeoenvironmental implications; they mattered in themselves! I had to learn how to recognise hundreds of species.

Now I have returned to environmental reconstruction, but again based on the forams themselves. I am slowly becoming a foram specialist. A micropalaeontologist! And just as I am becoming used to that I have to face being a sea level scientist. But I have quite some catching up to do. It was very good to listen to sea level science seen from all sorts of angles all day. People doing sea level reconstructions in nameless lakes in Finnmark, using jellyfish skeletons, for example. What? People looking for glacial erratics in West Antarctica. People poking around in subtropical dripstone caves, seeing sea level rise in tube worms audaciously growing on stalagmites. 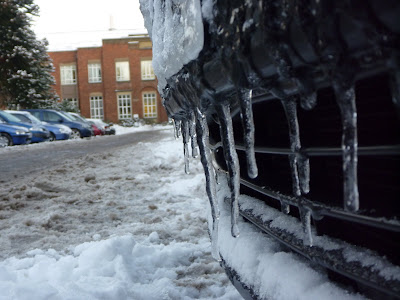 Close up of the campus. Un-English!

And then the poster sessions. Where you meet every caveat in the field, to the extent that you almost lose faith. Do we properly take into account seasonal variations? Pollution? Lateral variability? The difference between infill and subsidence? Noone said it was going to be easy. At about 5 my head was spinning and I wanted a pint. But it had been a good day! And it wasn’t over yet...
Posted by Margot at 23:52

"What?"
I get that a lot when reading a post like this. But somehow it still makes sense. Good to read that scientists also ponder the question "Do we know enough?"...