It seems to be a tradition, having a Quaternary meeting the first week of January. Not sure if that's an excuse, but anyway; there was one this year as well, ad not just any meeting on quaternary science; no! A meeting dedicated to sea level science. I had to be there, of course. Coming straight from the Netherlands would have been too stressful, and that's why I came back to the UK straight after Christmas. Less than a week later I would take the train to Durham, where all this would take place.

And so I did. I bought a newspaper and a large cappucino and got in, for a 7 hour journey (it turned out as 7.5 but that's a trifle) in which I got down to many of these things that had been dangling on the lower end of my to do list. Hair maintenance, clothing repair, some emails, some looking out of the window at the changing landscapes that rolled past. Nice! 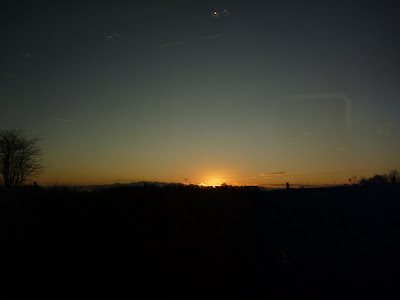 The journey started before the sun was up 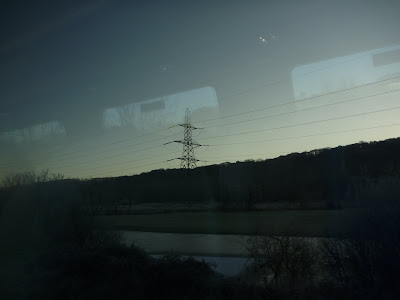 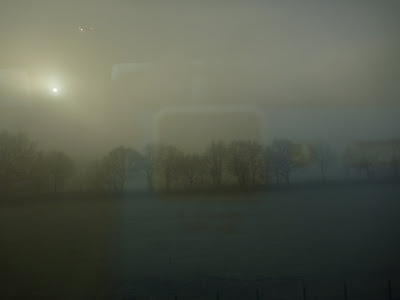 Durham had already been snow covered for 2.5 weeks, which is highly unusual, so I was not at my most elegant when I slithered down the slope from the railway station to town with my backpack on. But elegance is hardly a requirement for getting somewhere, so after an impressive little walk through the snowy trees underneath the majestic cathedral I met Tasha, and she showed me the university, and received the samples I had brought for her. An hour later we already walked right back to the station: she would take me home, and that's where the bus left from. 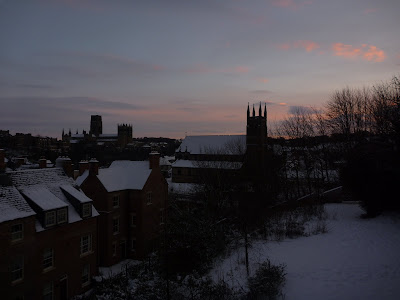 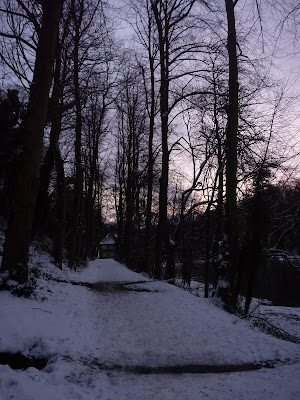 The next day we would have a pre-conference project meeting at 13.00, which left me the morning for indulging in touristic behaviour. A somewhat short morning, as due to the snow it took us two hours to get back to Durham, but luckily it's not big. I finally saw the cathedral! Ever since I saw Dan Cruickshank prance around in it on BBC television I had wanted to see it. And it is indeed impressive. And one is not allowed to take pictures in it, but maybe some pics from the outside are convincing enough... I will provide them later! Now it really is bedtime... (it is again, but here they are!) 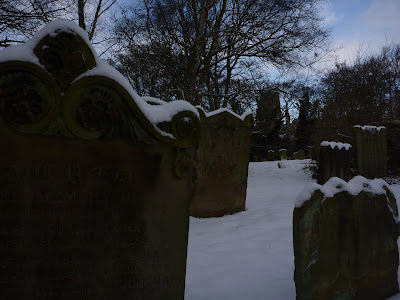 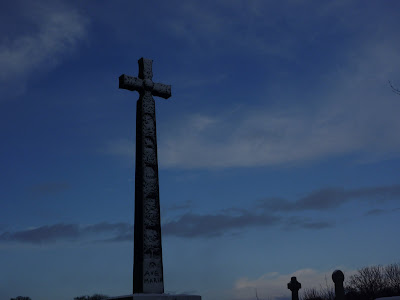 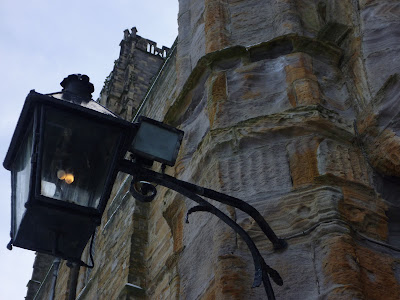 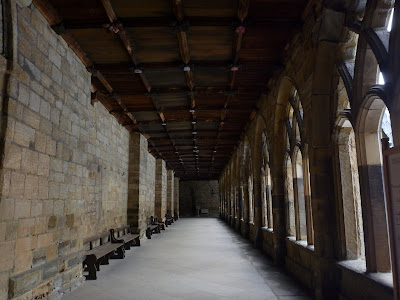 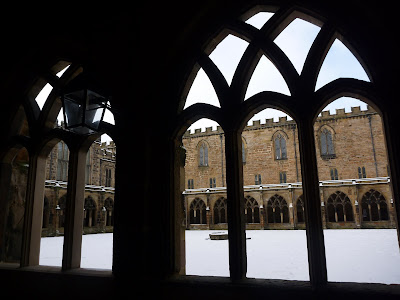 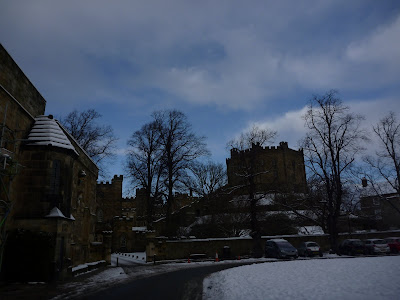 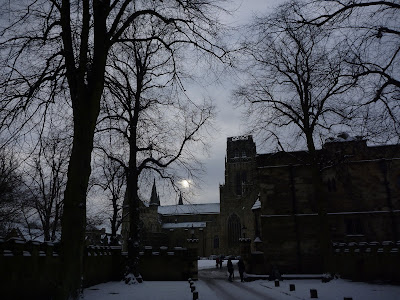 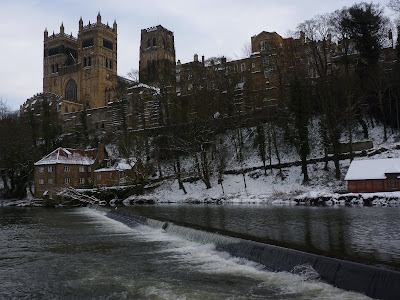