At times one can't help to think that class society is an excellent invention. Durham is a good place for such thought. It is an ancient town with a renowned university, and many of the students live, as for example also is the case in Cambridge, in colleges, some of which looking as if intended to convince their inhabitants of their position way elevated above hoi polloi. Maybe they are, actually. The dining hall in which the science communication took place was already a bit of an example as well. The castle, hoewever, houses students, and university-related activities, as well, and the castle is of course the bee's knees. And we were having a conference dinner there! I was looking forward to it. We were not allowed to blend in; one of the organisers warned that those daring to come in a tie would have to take two or three partial ties home. One rebel was observed, an eminent Aussie; things got a bit silly when some alcoholic beverages were consumed, people noticed his sartorial faux pas, and I thought aloud that I actually had a pair of scissors with me. The gentleman was allowed to continue with unscathed attire. But this aside. 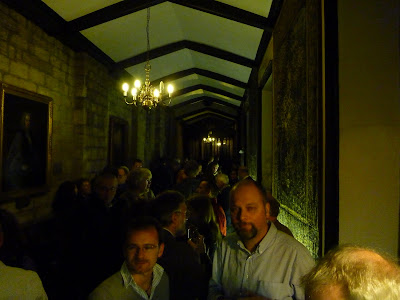 Drinks in the hall. Beside Roland there's Tom from Bath Spa University

We gathered for a glass of wine in the hallway, which was already quite a venue. Then, as I happened to be talking to a Durham scholar, the gong was rang for dinner. A gong! We decided we had to enter in style, so I took his arm and we strided in. A bit like my father walking me into the room where my sister's graduation party was held! Even though I had of course accidentally picked a man more youthful and dashing than my dear old dad. The gentleman was too important to stay at my side long; he had to sit at the bigshot's table, and I ended up with the Tromsø delegates. I expected none, so when I suddenly saw two familiar arctic faces on the first day I was entranced. Anders and Henrik from Tromsø university! I was also glad to notice I could still speak Norwegian. 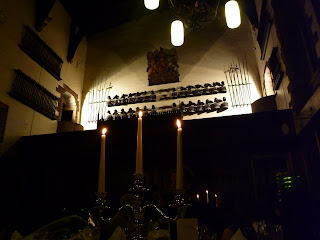 At the conference dinner I also sat near two scientists I had not previously met. A good choice. A Flemish lady and a German gentleman! My lucky day. I found I hardly noticed what the food actually was. 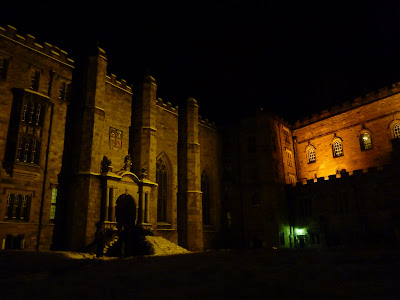 Altogether it was a lovely dinner, but I mainly write all this just to have an excuse to publish some pictures of the castle. Impressive, innit? Nothing like Uilenstede... 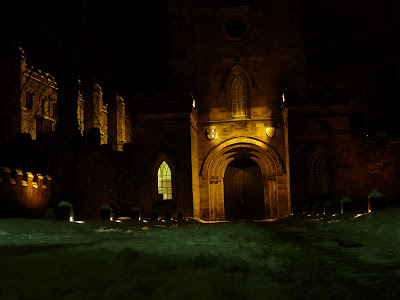 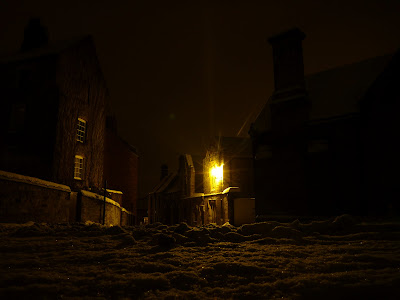 Hi Margot, was nice to meet you up in Durham - I hope you managed to get home ok.

The Castle was indeed very impressive. I just wish that I had more time to investigate further and to see the Cathedral aswell!