I woke up as the sun was already strongly making a point through the curtains that it was a beautiful day. Much too good for writing articles. So up, up, and away, back to Dartmoor! This was the day for the rerun of my previously failed photo tour.

I happened to have been out of fuel again, so I took the same route, along the same petrol station. They only had two functioning hoses! When normally it is tens. Luckily the only fuel they had was stuff my car can digest. Off I was!

I parked near where I had done that the previous time. And then I could knock myself out! I moved incredibly slow, as I took pictures of anything that would not move too fast. There's lots of that. Off all sorts and sizes. Among other things (I took 150 pics!) I found: something alive, 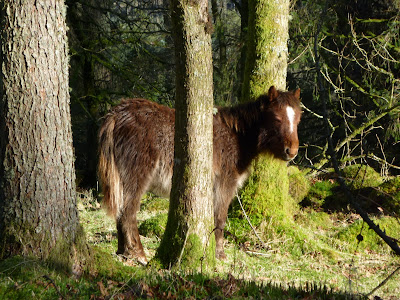 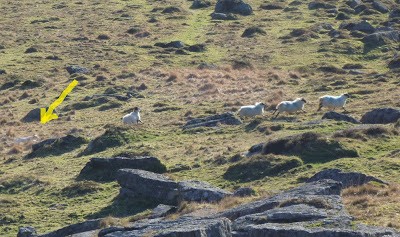 (this was not as it should be: the puppy could not resist chasing sheep out of the world, much to the distress of its embarrased owners...)

something dying or decaying, 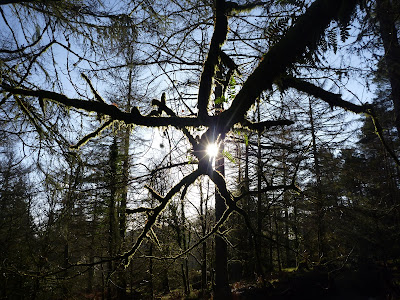 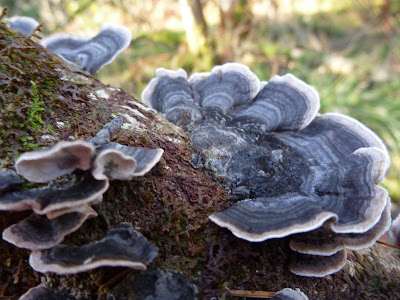 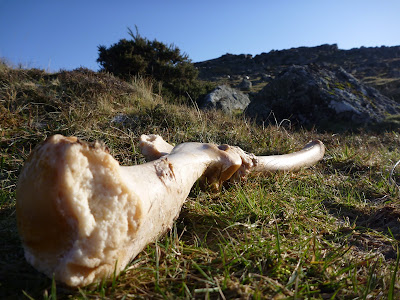 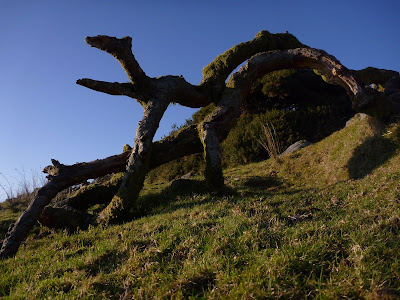 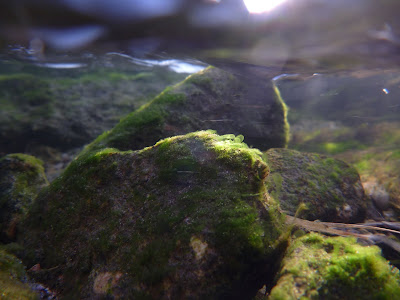 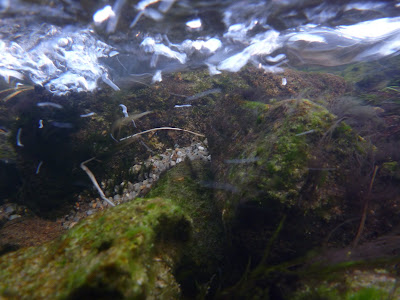 (I still need some practice with underwater photography) 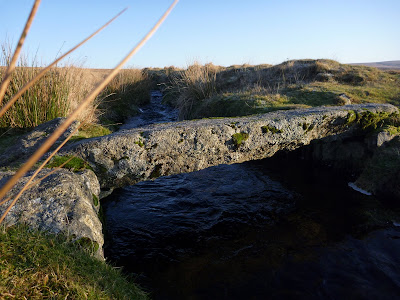 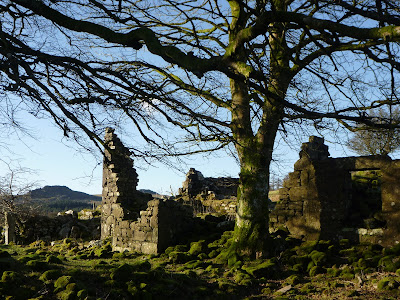 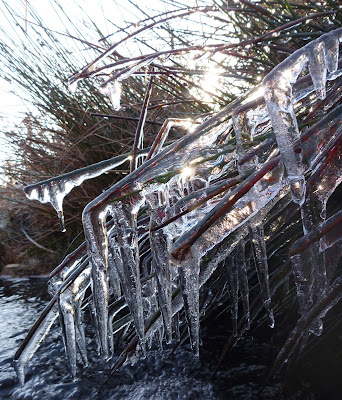 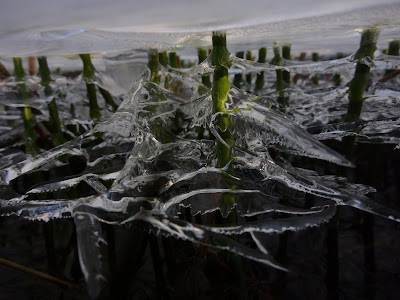 all on something wide. 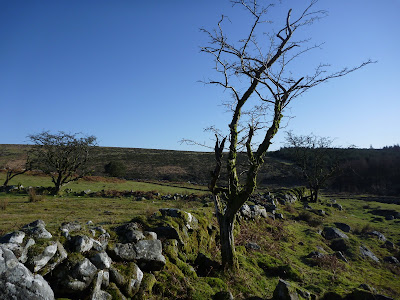 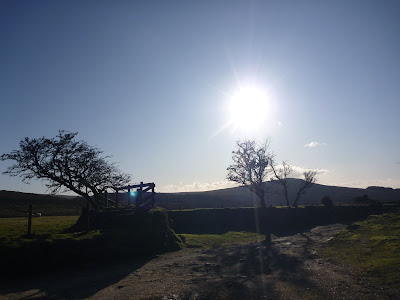 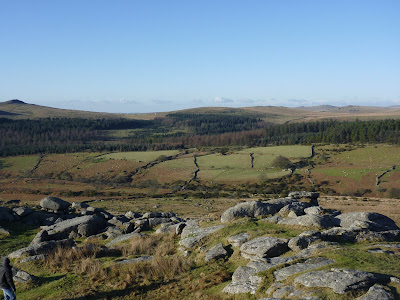 I had a blast! What a great start of the year. On the way back I had to restrain myself to not park absolutely everywhere where something other decorative could be seen. Which is every ten meter. I let the satnav take me home, and satnavs don't like u-turns, so I went back over another route. So much to see! So much bathing in late afternoon sunlight. 2010 showed a very pretty face!
Posted by Margot at 18:57