A splendid sunday walk for two gentlemen and a lady

A gentleman who was spending his last days in the non-possession of a Tweed jacket, a cane, a dog, and knickerbockers was honoured by the visist of an old friend, whom he wanted to show his near future abode in the calm, serene, traditional countryside. And of course a lady in rustling colonial dress was needed to complete this picturesque scene. So under the slate-grey Victorian skies the chosen gathered at the most inviting railway station in the west country, being Plymouth. The charming threesome entered the steam train, and slowly but steadily made their way through the rolling hills of Devon and Cornwall, until the Dickensian chimneys of Gunnislake heralded the approach of their destination. 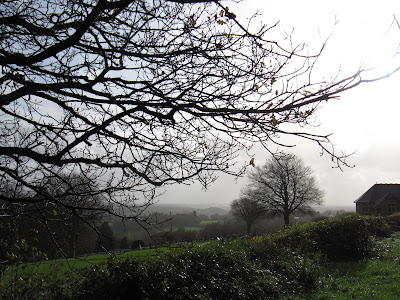 Who were these elegant creatures? Of course I here relate to no others than Roland, Veit and my humble self. And perhaps Roland is not entirely inclined to adorn himself with the above mentioned paraphernalia, and perhaps I was actually wearing modern quick-dry pants, the train was propelled by electricity and not steam power, and it even goes so far as to that Roland probably got gazumped in the buying of the house, so what we set out to view may have been what he'd lost, but beside these inaccuracies the description is impeccable. 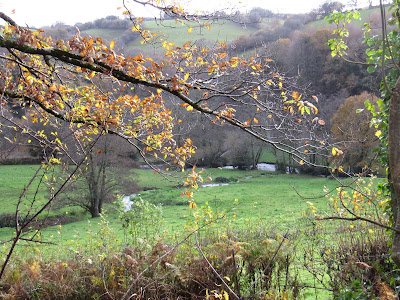 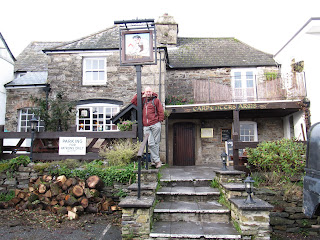 The weather was nicely autumnal, and so was the scenery. It could not be a very physically demanding walk, as Veit is a human geographer, and these are fairly frail, but he prevailed. We walked to the house of Roland's choice, and then to the pub of his choice (the presence of this pub may have influenced his preference for the house), where we did not hesitate to drape our foreign behinds onto the ancient benches, and relish a good English lunch accompanied by good English ales and ciders. One could spend a november sunday in worse ways. 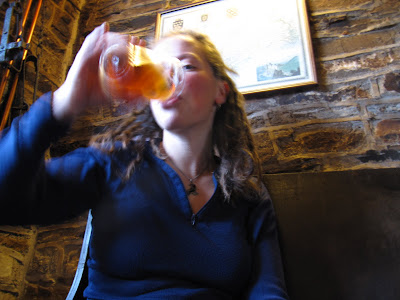 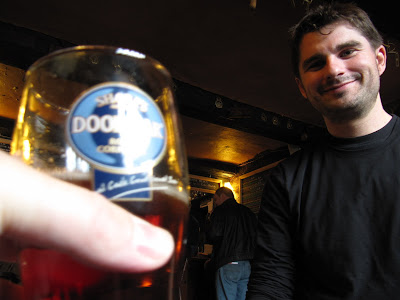 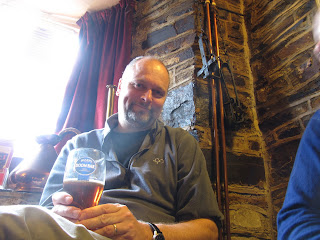 After this enjoyable interval we proceeded over the scenic public footpaths, along Cotehele House and the Tamar, to Calstock, where we had to wait a certain period of time for the train, which inspired us to inspect yet another public house, and chose one at which door stood a well-dressed Englishman with a pipe, welcoming "his lovelies" in. And lovely we were. And lovely we promenaded to the railway station when the time was right, and watched the approach of the bright lights of the big city, the terminal point of our day travels. A day well spent! And let us now leave the  fate of the location of Roland's domicile in the hands of the Lord. Perhaps He will be merciful... 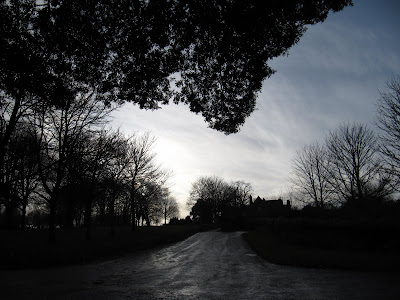 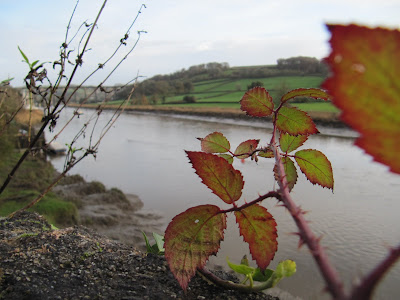