I took it! I delivered the contract to the letting agency. In about a week's time they'll have found out I'm financially impeccable. And then we can talk business, about when to move in, and such. Exciting! It's expensive, but I earn enough. Let's see what it's like to live in a posh house. Windows on two sides! Now I'll subscribe to the library, try to not think too much about Norway (I accidentaly looked at my own blog - it still hurts), and have a 2 year period of calm intellectualism and solid academic achievement. And who knows, maybe after that my scientific credibility will be so big I have no problems getting proposals funded for shaking off that serene guise, and return to the rugged and savage north! Armed with dripping knowledge of tidal swamps! Reconstructing arctic sealevel like it's never done before! 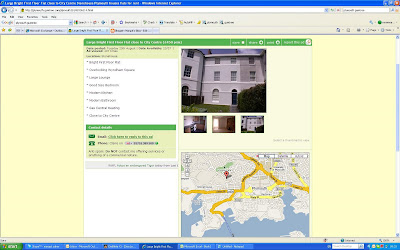