Do I need more things to do? No I don't! So why would I be acting secretary of a cave rescue organisation? Well! There is explanation for that.

I don't like it when any environment that has no need for being dominated by a certain gender is anyway, and some environments really should not be single gender. I fought and lost against misogyny in the general underground community, where the only thing it did was hurt one able-bodied woman. That is bad enough as it is. But imagine you are a woman, you have just fallen down a mineshaft, you are in a lot of pain, you are incapacitated. In other words: you are very vulnerable. Then it would be great, of course, if a cave rescue team comes to get you out. But if a considerable part of the team consists of men who see no problem with remarks being made about how much fun it is to abuse positions of power to sexually assault young women, you might still be very glad that they show up, but the situation could become terrifying. Mind you; I have not heard anyone in the actual rescue team make such remarks, and I would be surprised if those who make this kind of remark elsewhere would actually do that to someone's face, but altogether it is all too likely that were remarks that make the situation worse were to be made, the general opinion about that would be that it is just a remark, and not really harmful. I wouldn't want to be in the position of our hypothetical injured woman when that happens. I would want to have someone there who takes this  kind of thing seriously, and who would have my back. That might very well mean: a woman.

But what does this have to do with becoming a secretary? Well, not an awful lot, but enough. Our rescue team had only one woman in the committee, and that was the secretary. And she withdrew. And I know it is not necessarily the committee that goes down into the mines and rescue people who have fallen down a shaft, but I figured that it helps if people who are deeply embedded in the team think about this sort of stuff. So I figured the committee needed a woman. And then there is no other option than me, really. We have a few more women on the team, but one is already very busy with mountain rescue, and I hadn't seen the other occasional women much in meetings. So during the AGM I volunteered. So far we had a comms officer who had taken it over, but that meant he had more than one committee job and that didn't seem fair. And, of course, he was male.

During the aforementioned AGM only some seven people showed up. We are a much bigger team! The meeting was inquorate, and will have to have another attempt. So I am only acting secretary. I don't know if I will be voted in when we managed to get a quorate AGM together. To be honest, I half hope I am, because then indeed we have female representation in the committee, but I half hope I'm not, as I have enough to do, and roaming around on Google sites is hardly my idea of fun. I'm also terribly bad at it. We'll see how it goes! If I won't be secretary in the end, I can just make sure I open my mouth whenever needed during meetings and trainings. And callouts. There is a good chance I will be making myself incredibly unpopular again, but hey, the second time around at least it is expected… 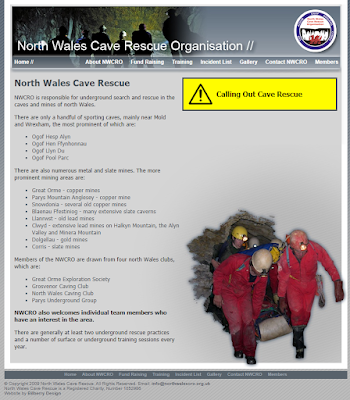