It was that time of year again! Time to head for the Netherlands for Christmas. I worked until Friday the 21st,and set off early on the Saturday towards the airport. I made sure to leave early; it would be a day on which quite a lot of people would travel, and I figured maybe quite some planes that had been destined for Gatwick would end up in Manchester. I drove up uneventfully, at least until reaching the airport; there I first was rather confused by my exit to the car park wasn't there anymore. Oh dear! I had to drive on to somewhere I could park to check my phone to see how I would end up where I wanted to be after all. And on my way to the terminal I walked past what looked liked the aftermath of an awful bike accident. I hope it wasn't as bad as it looked.

I went to my mother first, as usual. And left quite soon after! There is a tradition of getting as many members of my generation (on my dad's side) to go out for dinner around Christmas, and this year we did that the first evening. We were only three (the maximum we have managed has been four) but it was nice. My sister had picked a nice restaurant! And the waiting staff were willing to bring us carafe after carafe of water. I hope next time we'll be four again! Or maybe even five. There are seven of us in total, but personal relations and the fact we live in four different countries makes it unlikely we'll ever be complete. And after catching up (my cousin had a new job, which she enjoyed!) we went our separate ways. I went back to my mother. 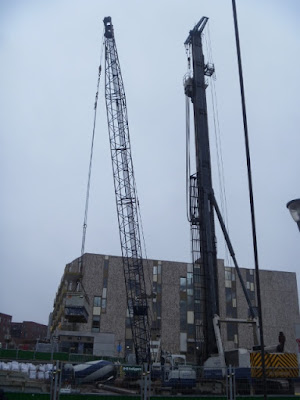 
The next day I went east, to see Monique. It would be the second time in her new house! And with her new dog. The house hadn't changed, but the dog was much quicker convinced I posed no threat. We discussed houses (her parents had only just moved house too) and that brought the topic to a nearby museum village. That sounded right up my street! It was something a bit odd; an actual village where people live, but at the same time, a museum. In a way. You can just walk in and out of the village, and you see people commute in and out in normal cars, but it's clear there are big restrictions on what you can do with your house. I liked it! And we bought some local cheese and beer. 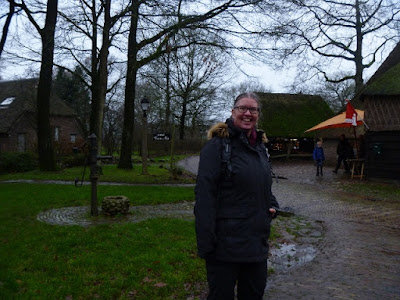 I spent the night at Monique's and left the next morning, heading for Amsterdam. There I would see Roelof. And we would do something cultural! But first things first. When I walked in he already had a glass of water ready for me. He knows me! Then coffee followed. And then we decided on a film: Roma. It had got good reviews and the trailer looked good too! So after a while we wandered to Eye, in Amsterdam Noord. 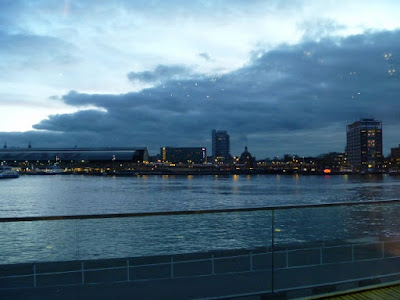 When we got home we had a great (of course) and Mexican dinner. How fitting! And then it was bedtime. And the next morning it was great weather. I was up before Roelof and Micha; I should remember to bring some instant coffee if I visit them, as the endemic way of making some in grinding beans and making espresso; that's enough to wake half of Amsterdam up. And I tend to be the first to be up.

Roelof and Micha decided to take advantage of the great weather by going on a walk and invited me along, but I declined: I wanted to go back to my mum. So I did! 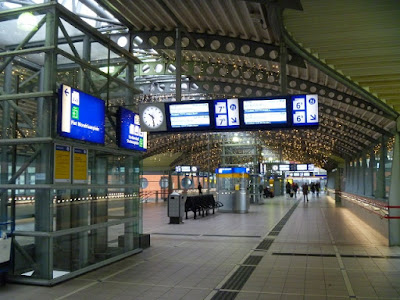 My mother had mixed up what day I would be visiting her so was surprised when I appeared. But that was OK! I was there. And now we had some time to properly catch up.

We also went on, by our standards, quite a walk. That went well! And after that I had a shower and put on a Christmas dress. And that may have been a mistake. A dress is rarely as warm as an outfit with trousers and jumpers and such. And at some point I got cold! My mother lent me a scarf and a cardigan and plonked me next to the radiator. And that worked! But I slept a bit strangely and woke up under the weather.

That day was for other family. After breakfast I went to my dad. We had some time to ourselves, talking family matters. And then we went altogether to Hilversum, for the Christmas dinner at my sister's. It took a while! The roads were busy. And I was a bit weak. During pre-dinner drinks I was mainly slouched on the couch. Dinner itself didn't improve things! I struggled to stay upright. So my sister made sure I had some food in me and then redirected me back to the couch. I have no idea how long I was there. After a while the company came back, poured me another tea, and bundled me in my dad's car who took me back to my mum. I had been a very boring guest! But well, this happens. Last year I fell ill shortly after coming back. The year before that I was poorly at the start of my visit. In 2015 I managed in good health! As an exception.

The next morning I felt a bit better. And I managed to get home without problems! Once there I was out of energy but at least the travel had been uneventful. I hope I can do a 2015 again in 2019 and stay healthy during my entire stay! But even if I pay the price for it, seeing everybody is worth it! 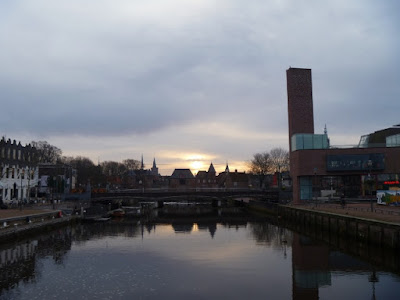 Morning sun over the Koppelpoort