Teaching on the dancefloor

The BRITICE meeting was all about research. I did have a teaching experience, though. Not while presenting my results to my colleagues; on the dancefloor! A strange place to think about teaching? Not so!

When after the dinner in the Cuban restaurant we went downstairs to the bar. This bar had a big and prominent dancefloor. To my slight disappointment, there were several couples on it who could actually dance. That always makes me feel out of place! But one can just have a beer and watch the dancers in the company of one's equally wooden scientist mates, no problem. But then one of the dancers approached me and asked me to dance. I informed him I was shit at it. He said that was alright.

We got onto the dancefloor and he assumed a tight grip. Immediately, he started instructing. "Small steps... Ok, now one, two, three, back, and one, two, three forwards, and now sideways. Small steps!" I could do that. He later tried some more complicated stuff. Some went well, some didn't. He was very patient.

Later he also managed to get Louise onto the dancefloor. Louise is a much better dancer than me, and with her he could do quite some intricate moves. None of the other women were keen! Or rather, they were decidedly keen to not set a foot onto that wood floor. After a while, he was beckoning me again. More of my clumsy dancing? Well why not.

It was nice, but I was in proper nerd mode and I was mainly pondering the didactic aspects of this occurrence. The man clearly adapted his activities to the level of the audience, he was explicit in what he asked, he kept giving instructions, he didn't pick on mistakes but stayed patient. He kept the level of challenge at the right height. He just had some problems with student engagement; that happens to the best. They should give this man a PGCertHE! And me a 'just pass' grade... I suppose in this analogy I am a well-meaning, hard enough working, but rather dim student. One needs to cater for all, these included! 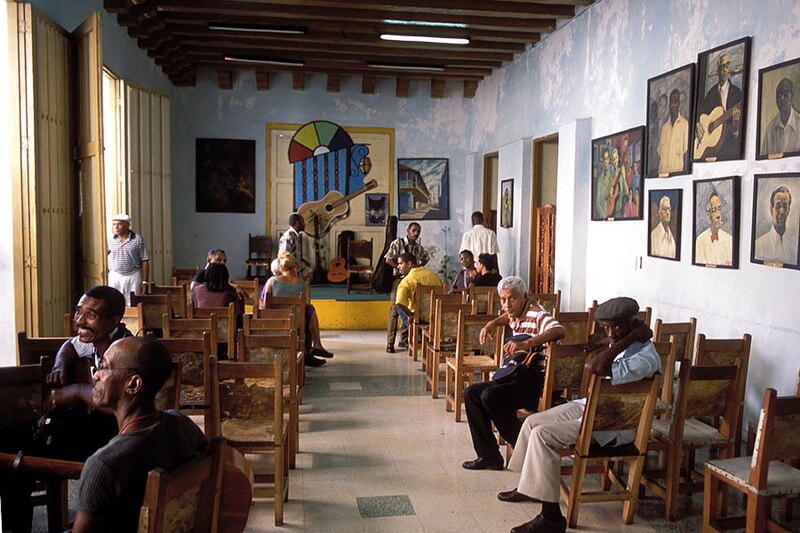