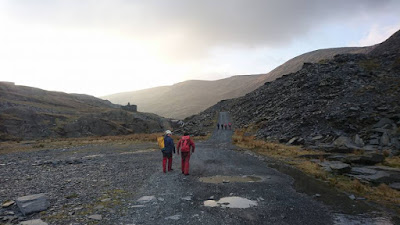 The walk up. Pic by Rich. 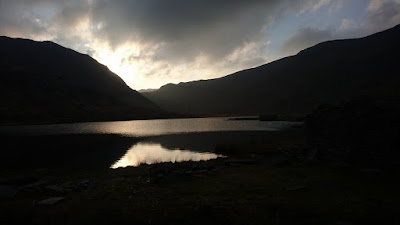 The scenic lake. Pic by Rich.

We took a different way; we had seen familiar terrain from below, and we figured going down there would be more efficient. So we did! That is, most of us; three didn't like the look of this new route and went the old way.

When we got down Simon and I could not resist checking out some so far unexplored regions, but we soon saw the others. Most had overshot the hole in the wall we should go through. With Andy and Edwyn I went down while Simon went to fetch the others.

When we got down we were a bit limited in our activities; I had the rope, but David had the hangers, nuts and maillons we needed for fixing that to the bolts in the wall. No problem; we had Edwyn, and he doesn't need a rope. He just clambered over the crumbly rocks into the two side passages. Dearie me! He always gets away with it, though.

I am less bold; I attached the rope to a rusty ring in the wall and went into the right passage, which had the bolts in place. At least I could go and have a look that way! I didn't try the left passage as there was no ring and/or rope at hand to make that less dodgy. 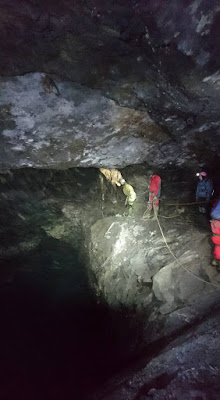 I am having a look at the next bolt. Pic by Rich.

David arrived, and we could go and properly bolt the place. I ended up doing that. In hindsight, maybe not such a good idea; I only had a belay belt on, with cows tails, which means that if I would have fallen off the ledge I would not have fallen far, but only have had my bare hands to get myself back up. I think it would have been OK; the wall would provide footholds, but still; maybe better in full SRT kit. That I am writing this the day after proves nothing serious went wrong.

Did anything at all go wrong? No! I bolted the place, went across, had a look at the amazing footsteps in the level, and the blockage one encountered rather soon in the level thus entered, which I didn't like the look of. David and Andy had a bit of a prod; in the end, they didn't like it either. Time to go back! But this time I wasn't at the sharp edge of things; David de-rigged. In full SRT kit. 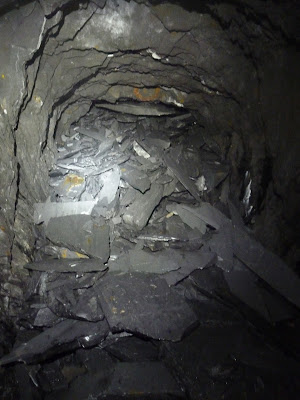 The blockage at the end 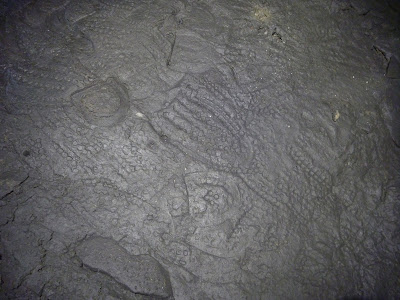 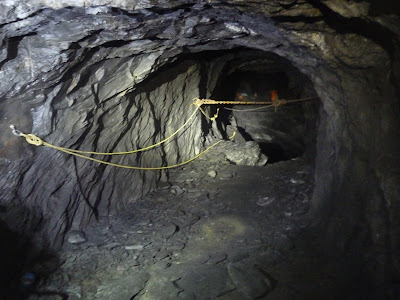 By then, the others had scampered off to see the drill we had seen last week. We went straight to the exit. We got there before the others, of course, but the wait wasn't long. Altogether it had been a long night; the new ground was deep into the mine, we had two newbies we showed the interesting bits in between too, and anything involving bolting and rigging takes a lot of time. But it's always nice to explore a new place! 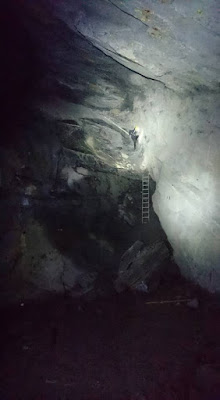 The way back up; in this pic, however, Jay is going down. Pic by Rich
Posted by Margot at 17:51