It's always easier to see how others should live their lives. Distance can make things clearer. And, as well, if it's someone else's life you can just jump to conclusions without being distracted by the inconvenient complexity of life. But still; looking at other people's lives long enough will one day take you past a mirror, and you may be able to see yourself better as well.

Sometimes you read sad stories in the newspaper, like the one about the young tory activist who killed himself last year. His entire life seemed to revolve around politics, but he was bullied within the party and he saw no way forward. He lay down on a rail track. It seemed so sad, but also so unnecessary; he was still so young, he could have broken out of politics, and started elsewhere with a clean slate! And I know; if your life is such that is causes mental illness, as I assume was going on here, then the illness can do the thinking instead of the person. The way forward then just can't be seen. But still it is sad. Still I don't think it was inevitable.

I have been in science now my entire adult life. I started as a fresher in 1993, got my MSc in 2001, my PhD in 2007 and since then I've been postdoccing. The job market is very difficult; there are few jobs in science, and if you've been a scientist all your life, who will hire you on anything else? They can take their pick from people with relevant experience. So every time my contract expires I get anxious. Will I find another job? A nice job? Any job? Will I die under a bridge, destitute and alone within no time?

But then, what would an alternative universe me think of it if I lost faith? I am healthy, enthusiastic, well-educated; I'll be fine. The person who thinks the tory activist could have turned his life around would think I could turn my life around. I'm a bit like the cartoon alcoholic with the little angel on one shoulder who says "go home, have a cup of tea, have an early night" and a devil on the other, who says "don't be a bore, it looks nice there in that pub, and the beer there is good!", although my devil says I'll never find another job and the angel says I'll be fine.

My contract will expire in some eight months. Time to start to panic! But so far I don't. I'm listening to the angel. I'll be fine! 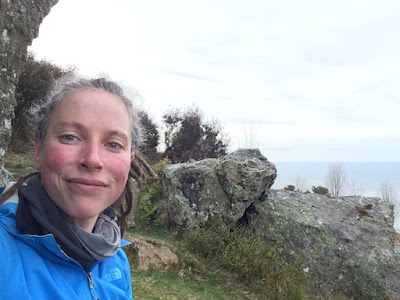