This year, Easter was mainly for serious business, such as chores I had not got around to for a long time, and some work on my PGCertHE. But one underground trip would be in order too. As we had a day off we took the opportunity to venture a bit further afield, to the vicinity of Dolgellau. It's quite a drive but it would be worth it.

We got to the parking spot and started off; there were amazing surface remains to be admired. Then thinsg got challenging; nobody quite remembered to get to the entrance, and we ended up wrestling through dense growth and slithering over slippery tree trunks as we headed in the general direction of where the entrance would be. It even started to snow while we were making our way. Heavily! What a day. 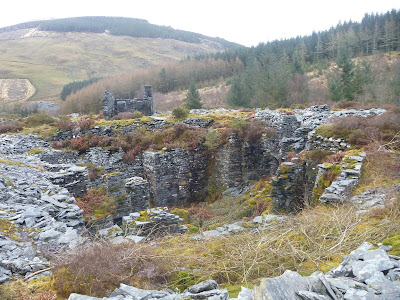 When we had clambered to the top of the spoil heap it became easier. Soon we were in! It was a mine with nice big chambers. It would take a proper photographer to do the place justice, so we assisted David. Pictures of smaller items were alright for all! 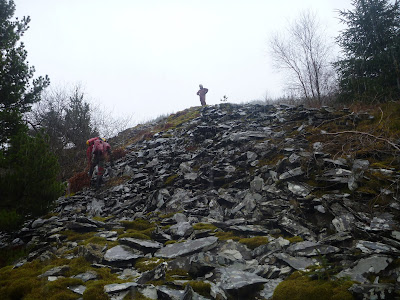 It starts snowing while we climb a spoil heap

We soon came to a drop that Richard had been very nervous about; it was a steep slope with a knotted double polyprop handline. He doesn't like handlines, but thanks to the knots he could use cowstails. All happy! 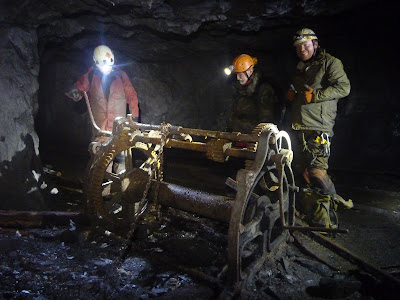 We scampered around a bit, and stopped somewhere for lunch. All very civilised. The place had big chambers but the place in general wasn't that big; after not that much time we were out. But there were more workings; it was just, again, an issue of actually finding them. 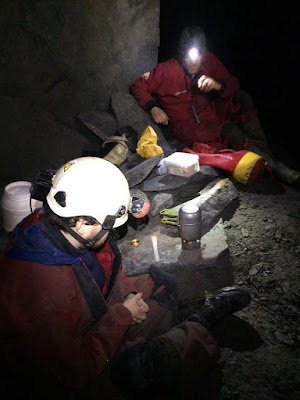 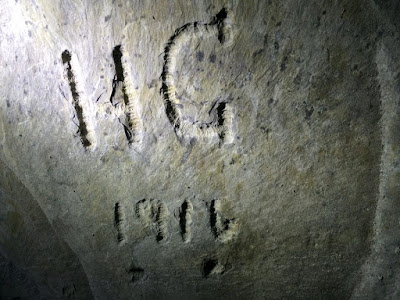 We headed for an impressive waterfall. You could see the water vanich underground, but we couldn't follow it. The space was terribly crumbly and we were not keen on exploring all the recesses. We turned around. But there was more spoil on the hills. We headed for another pile. And the sun came out! Our third season of the day. 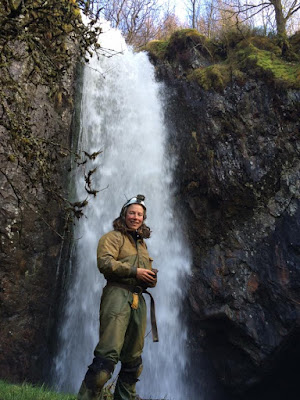 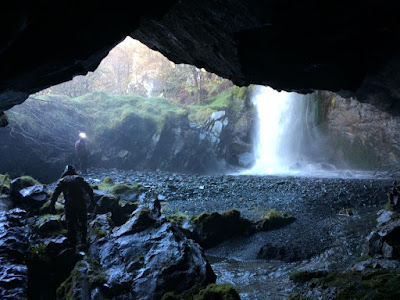 We found a few more entrances. David and I explored one that lead to a large room with a passage to an adit we hadn't wanted to enter as the water was deep and the bottom very soggy. This adit gave access to another chamber, with a tempting passage down. Not flooded! And it was bolted; somebody had made an effort for it. Interesting! Another adit further up didn't lead to much. And then we'd pretty much had enough. It was getting late! 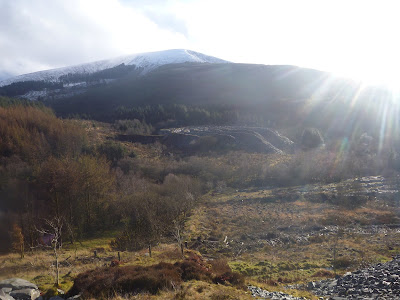 Snow on the hilltops, sun on the pretty spoil heaps.
Posted by Margot at 15:17