Our dig had stirred up something. We had brought Go Below's Miles to see our progress, and he had been bitten by the digging bug. Immediately he started to build a permanent rig to our dig, and thought of more blockages to get through. One was a lot higher up: there was a passage there with a rock in it that was only marginally smaller than the passage itself. Quite a sight! We had been there the year before but I didn't mention it in the blog. He figured if he could get rid of it he could get past.

If you have Miles, by the way, you also have a big Range Rover and a key to the gate. So we combined forces: we'd help him with his exploding business and he'd help us get some scaffolding to the entrance. We'd need it to shore up our dig; you don't want loose stuff to slide into it. Especially when you're in it.

We loaded up at Mick's. Then we went off to the usual parking lot where Miles greatly enjoyed showing us all his explosive kit. Which came with a license, in case anyone wonders. He had made some spiffing charges!

On we went. At the entrance we all took two scaff bars and carried them in. Where they had to go was in the direction of where the bang would take place, so we carried them over the big collapse. Hard work I must say! These scaff bars were steel. 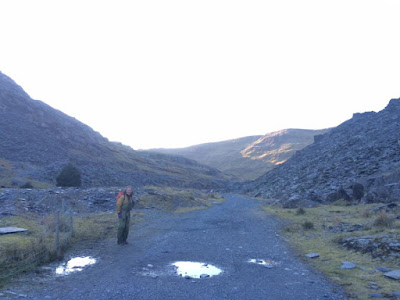 On the way to the entrance. Pic by Rich 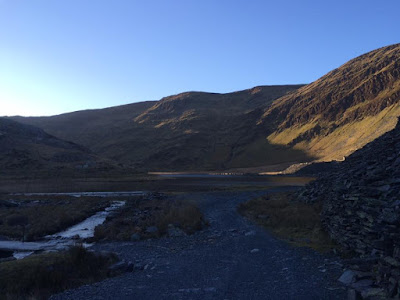 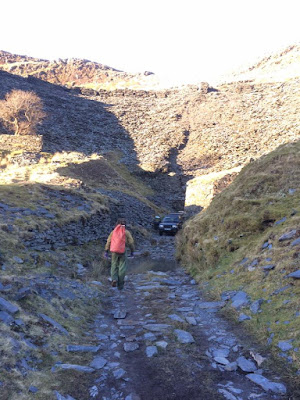 Miles can drive all the way to the entrance. Pic by Rich

We left them near the Lost World and split up. There were too many of us to all go and watch (well... stay at a distance and listen to) the explosion. Some decided to get the scaff to where it had to be. I went bangwards.

We precariously got there. It was behind some stretches with hobnailed bootprints! We don't want to disturb these. But we'd disturb the rock.He had brought many of his Go Below guides, and one was a slight woman, who just slithered past the big rock and informed us that there are many more rocks behind it. Oh well! We got there now. Would be a waste to NOT blow things up. Miles brought out a big drill and started drilling. 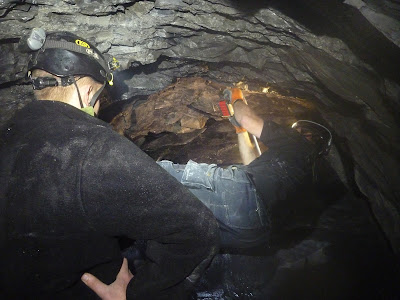 MIles drilling, closely watched by one of his team

After a while he could put the charge in, fill the hole up with some clayey stuff, attach the long wire, and tell us to retreat. In a chamber at a safe distance we heard the hollow "boom". Excitedly we went to see! The gunpowder smell was promising. And the rock had nicely split in three; now even the not-so-slight could slither past and see. Indeed, many more rocks there! This would be a very big project if we would take it on. But let's first look at what the others were up to.

The Go Below people went towards the entrance to blow up a rock in the big collapse just for fun, while we the Thursdaynighters went to the Lost World, to see how the others were getting on. And they were getting on marvellously! Don had rigged some zipline to let the bars slide down, without danger, noise or damage to artefacts. Brilliant! They were just working on the last few batches. I took the opportunity to have a look at Miles' new rig that I hadn't seen yet. It looked nice!

We unrigged and got to the entrance. There we were greeted by another cloud of gunpower smell. The next, larger rock wasn't entirely plit but it would take little to complete this task. A nice practice session! But now it was time to get out and go home. Could we maybe get Miles ot blow a rock getting in the way of a through trip in Wrysgan too?
Posted by Margot at 09:47