It took me a week to recover from the marathon. And then a week followed with one teaching commitment early in the morning after the other; no time for early morning runs! And then it was weekend and I started running again, but only my normal route. And then I went to Edinburgh and ran there. And only in the weekend I came back did I run again in some so far unexplored part of the local area. This time I went to Llanfachraeth; this is a village near the west coast of Anglesey beyond Holy Island. This entire coast is new to me! I ended up running the entire way along a tidal creek but it was nice. More next time! And then along the actual coast! It's nice to run again without the pressure of having to train; if the path is too muddy to run for long distances it doesn't matter much. I'm still exploring new terrain! And running has become my favourite way of doing that. 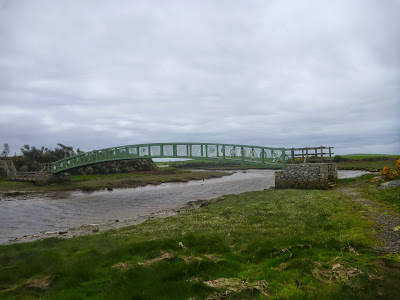