Nice walk (some of it underground)

It is May, spring is undeniable. And we adapted our Thursday night to it! There was a mine which was a fair walk, but not that extensive underground. A perfect venue for a sultry May evening!

The walk indeed was lovely. There's nothing in that valley other than a few sheep, and plenty of industrial relics. Great! We first came to a tunnel which doesn't do much other than shorten the route for the ore to where it would be processed, but we decided to do this bit the last, as it was rather wet, and the men wanted to keep their feet dry as long as they could. On to the actual mine! 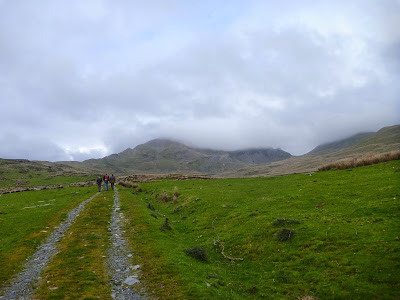 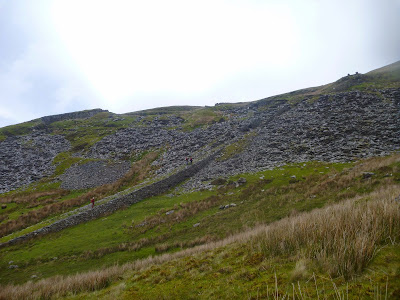 
As the place is this remote, it has a fair amount of relics. We found bottles, a lamp, an oil dispenser, and even a piece of slate with calculations on it. The first two were already on display, but the other two were in inconspicuous places and might not have been seen by explorers before. Exciting! 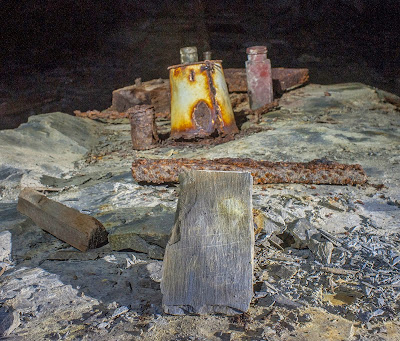 Artifacts, including the tally slate! Pic by David


We took our time, and then finally we decided to go out. Four of us were staring down the valley. It was getting cold! The others were nowhere to be seen. Then it started to dawn on us. Had they started to brew a cup of tea? We did have a stove present. After a while I decided to go and have a look. Upon going back in I saw a light; it turned out to belong to Simon, who was on a mission in opposite direction. Our suspicions were true; they had started the stove, assuming we were aware of that, and were wondering where we were! Oh well. No tea or soup for us this time. 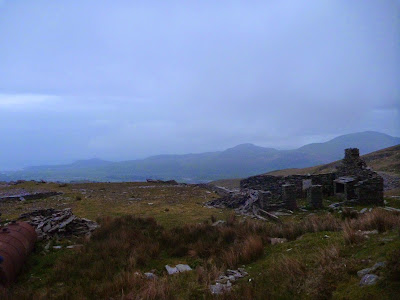 Atmospheric view upon coming out

We decided to start on our way to the tunnel. There wasn't much to it, but now at least we'd seen it! And then it was time to go back. Anyone disappointed by the lack of soup or tea could take solace in cake, home-baked by Edwyn's wife. Normally, cake would be brought by Mick (though not home-baked), but he was in hospital. We were all sad that was necessary, but glad he now was in good hands, and might be on the way to recovery. He had been taking worrying risks lately! And one only gets one body. Better be careful with it...
Posted by Margot at 19:03