Last week we didn't get further than the collapse, a few tens of metres in. This week we'd get a whole lot further! I stomped ahead and fixed a hand line on the proximal side of the gaping hole. And soon I was on the other side, and had fixed on the other side too. We could move on! And soon were looking into the beautiful stope that had prompted me to turn around and (try and fail to) get the rest. This time we were go! 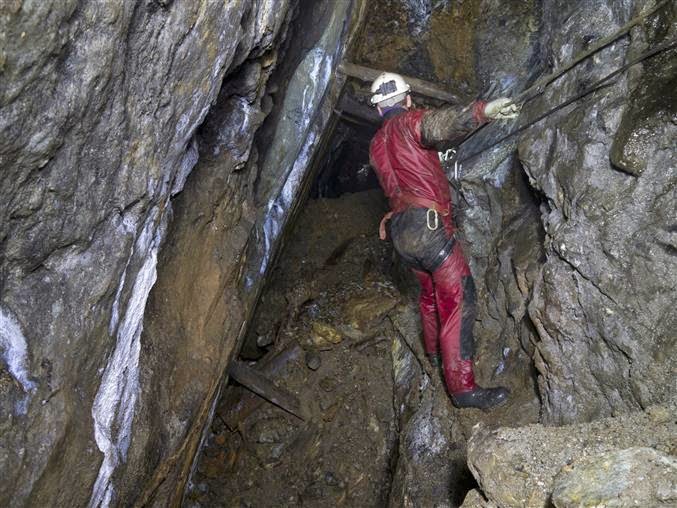 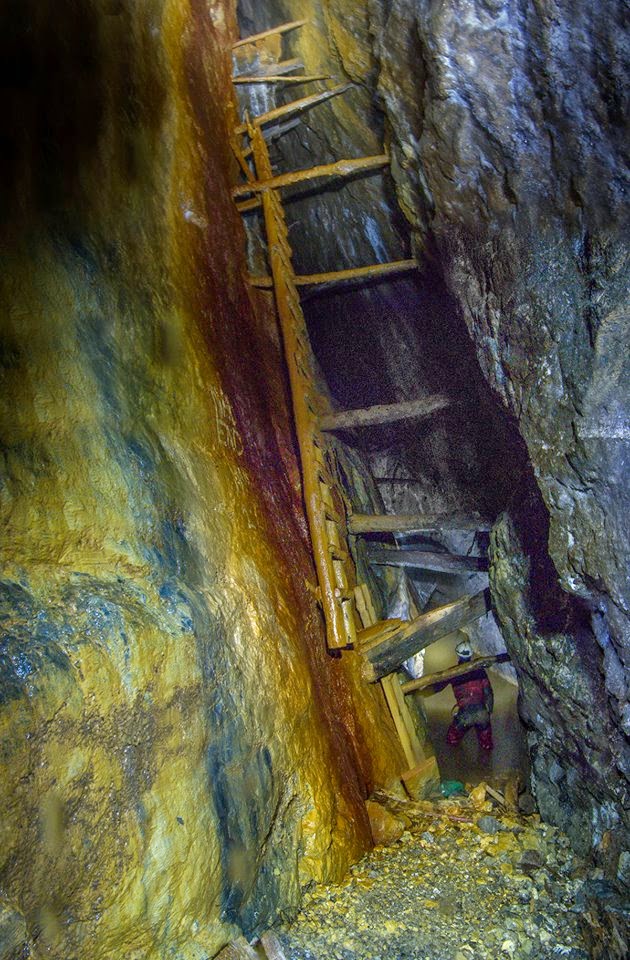 The beautiful stope in question; pic by David

With the help of a sling I descended into it. And found water. I waded in, got to the other side, and clambered up. A lot of mine had collapsed in this place! Probably some high false floor had given, and had taken a whole lot of lower ones with it. It was a bit iffy! But it went on; there was a clamber on the other side. And I saw lights; some of the men were following! With Sinker's help I clambered up the clamber, decided that going on wouldn't be safe, and then we headed back.

I had seen what seemed to be a parallel passage on the right. David had already passed it, not considering it worth a look. And it wasn't a passage to negotiate lightly; it was filled with  chest-deep, cold water! But I was curious. I walked to a junction, went left, found a waterfall down a ladderway, went on a bit to find a blocked shaft and several side passages, and then decided to go back and report. The men were impressed, and followed! The men being Sinker and David; the others either didn't like the hanging death on the way to the flooded bit, or deep water. Together we explored the surroundings of the waterfall, and decided to go back some other day. With wetsuits, perhaps! I was quite OK, but David was wearing less under his oversuit and was clearly underdressed for this passage. So we went back! 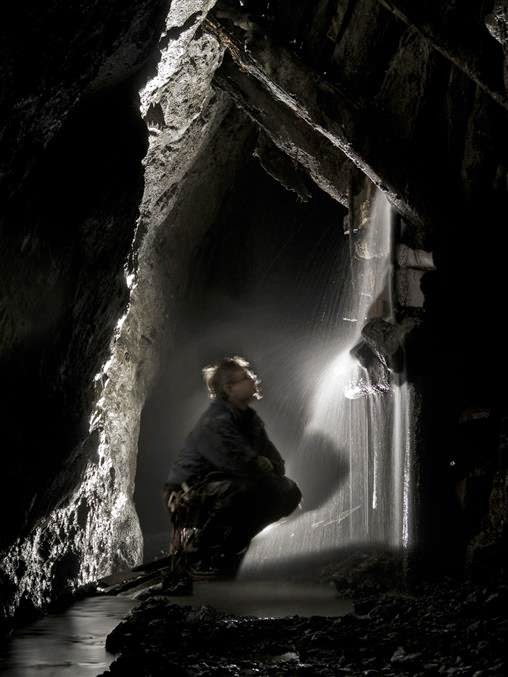 Simon crouching at an ore chute. Pic by Paul

We found the others beyond the hanging death bit; they had been taking pictures. In spite of the to-ing and fro-ing we were still early enough for a pint. The week after we had something else planned, but I look forward to exploring this bit properly. Who knows what else we'll find!
Posted by Margot at 08:26