Marking as far as the eye can see

Preparing lectures is a lot of work! But so is marking. I suppose one gets faster as one does it more often. I can only hope so! I have now had the first two batches of work for which I am the first marker. The first is the report of the Laugharne micropalaeontological work. The second is the result of some excercise in which we had the students trawl the IPCC report for datasets of Arctic or Antarctic climate change, and for climate predictions, and then discuss these. There will be more: the students also have to write an essay, and a report on the data gathered during the field day. So this is only half of that kind. But I will undoubtedly also have to moderate other people's marking; that boils down to checking if the marking has been consistent and fair. But that should be a lot less work... 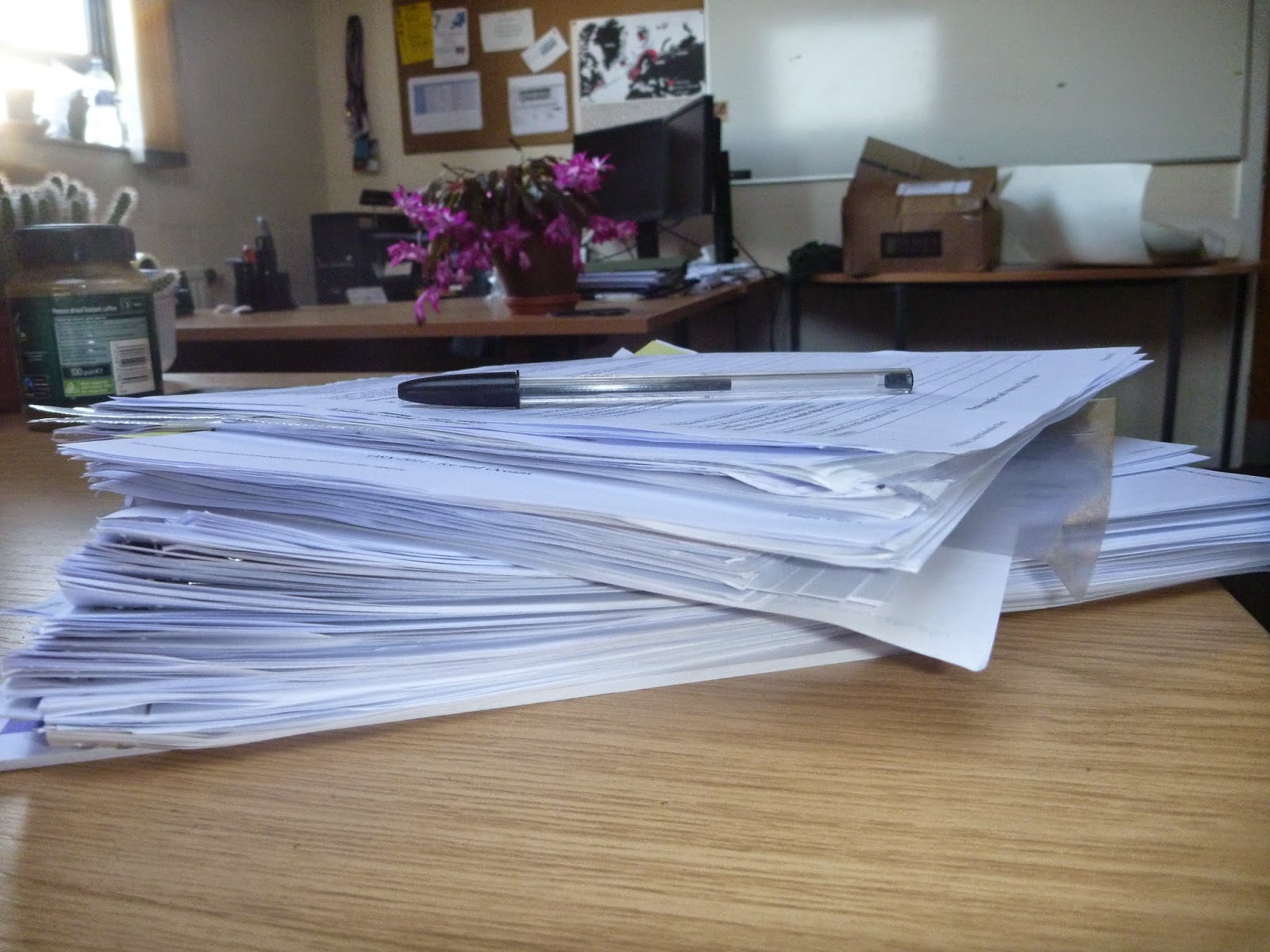 My marking so far...

And after Christmas the marking of exams starts. I'll have to do the exams of my own Ice and Oceans module, and the answers to the questions regarding my part of the upcoming module on shelf seas. And probably more. There is a module coming up in the new year too; that will probably have an exam and a field report and whatnot.

So how am I liking it so far? I started a bit uncertain. I started with the IPCC stuff. I had been a bit caught unawares by the fact I had to sort out all these different assignments. So I basically just updated everything to 2014 (just in time) and left it there. But in hindsight I would have liked to prepare a bit more thoroughly; the IPCC work came with a self-assessment sheet that revealed how this would would be marked. In hindsight I would have liked to change that! I thought it was ambiguous and badly balanced. And both poses problems when you're trying to mark. So I started somewhere, did a number, decided I should have a different approach, and started again. I think I got it sorted now! So I think from now things will move fast. Good. And as long as you don't have to look things up online all the time (checking references the students use, for instance) you can do it at home, on the couch, with a big mug of cofeee next to you and, say, Mozart over the speakers. It doesn't really feel like work that way!

It's good I think I have broken the back of it by now, by the way; I still have lectures to prepare, cores to X-ray (more about that later), a meeting to prepare, and whatnot. Before the next batches of marking come in!