Weekend of recuperation and enjoyment

I had to stay at home for three days. The inflammation in my throat had not only robbed me of a voice, but also of energy. I slept most of the first day, and quite some of the second day too. On Friday, I dared go back to work, although it wasn't my most productive day ever. So the weekend was for still taking things easy! And given that my days in York are counted it was extra nice I was still so feeble I felt no Calvinistic guilt at just hanging out with friends instead of doggedly doing chores.

The weekend started early; Owain was in town, and we were going for dinner with a bunch of friends. Rich joined; it was time he met my York University friends. In spite of my silence it was a nice dinner. And those who were healthier than me would hit town after dinner, but that was still a bit too much for me. But on Saturday morning we reconvened for brunch. And on Sunday we reconvened for coffee. And then Owain left again. But it was such a beautiful day! Tom had a spiffing idea; a bike ride to Beningbrough Hall. It's only 10 miles, so not too strenuous on the recovering body, but far enough to get some sunshine. So we set off! And had a nice cup of tea on the grass next to the farm shop. 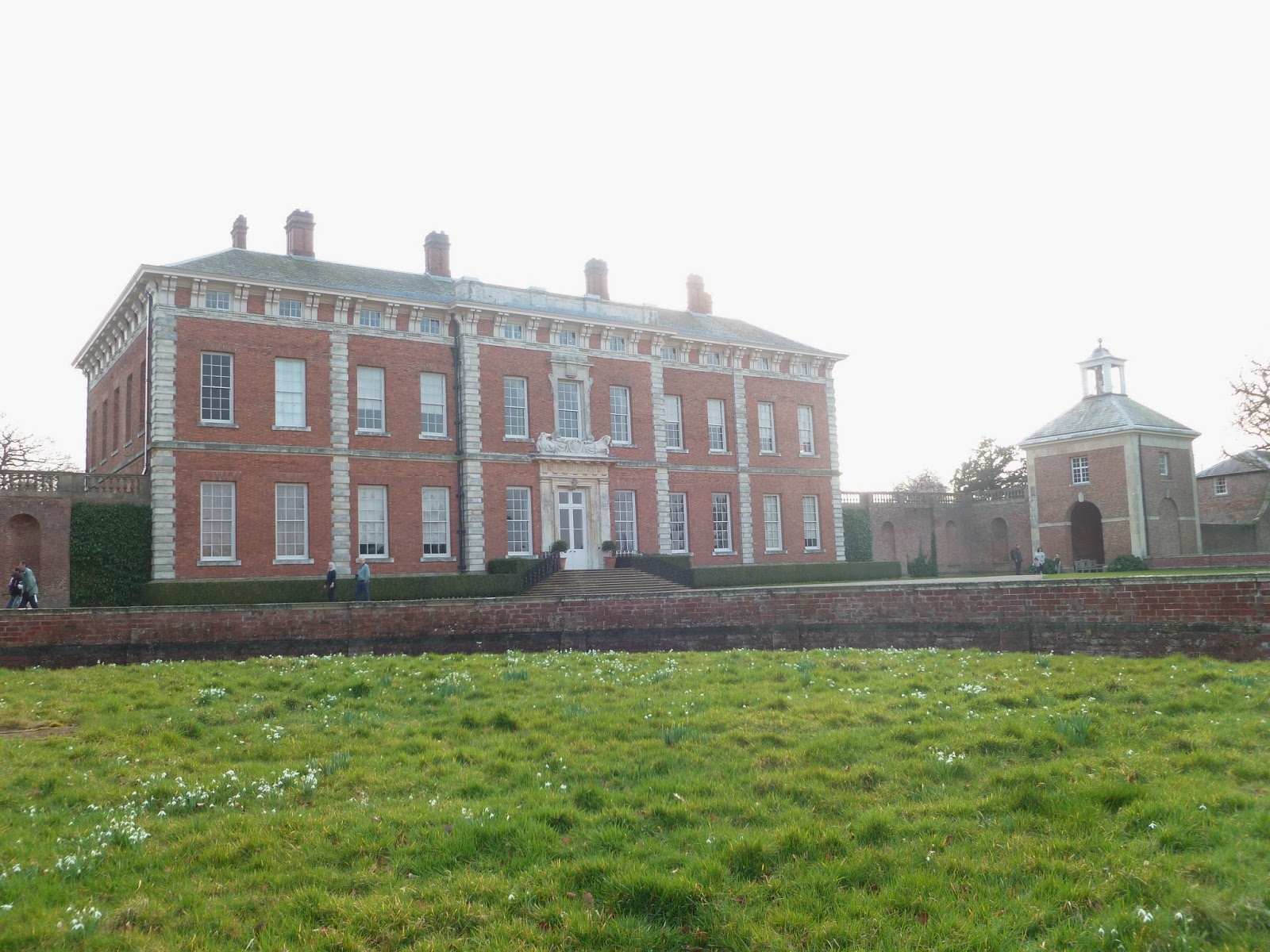 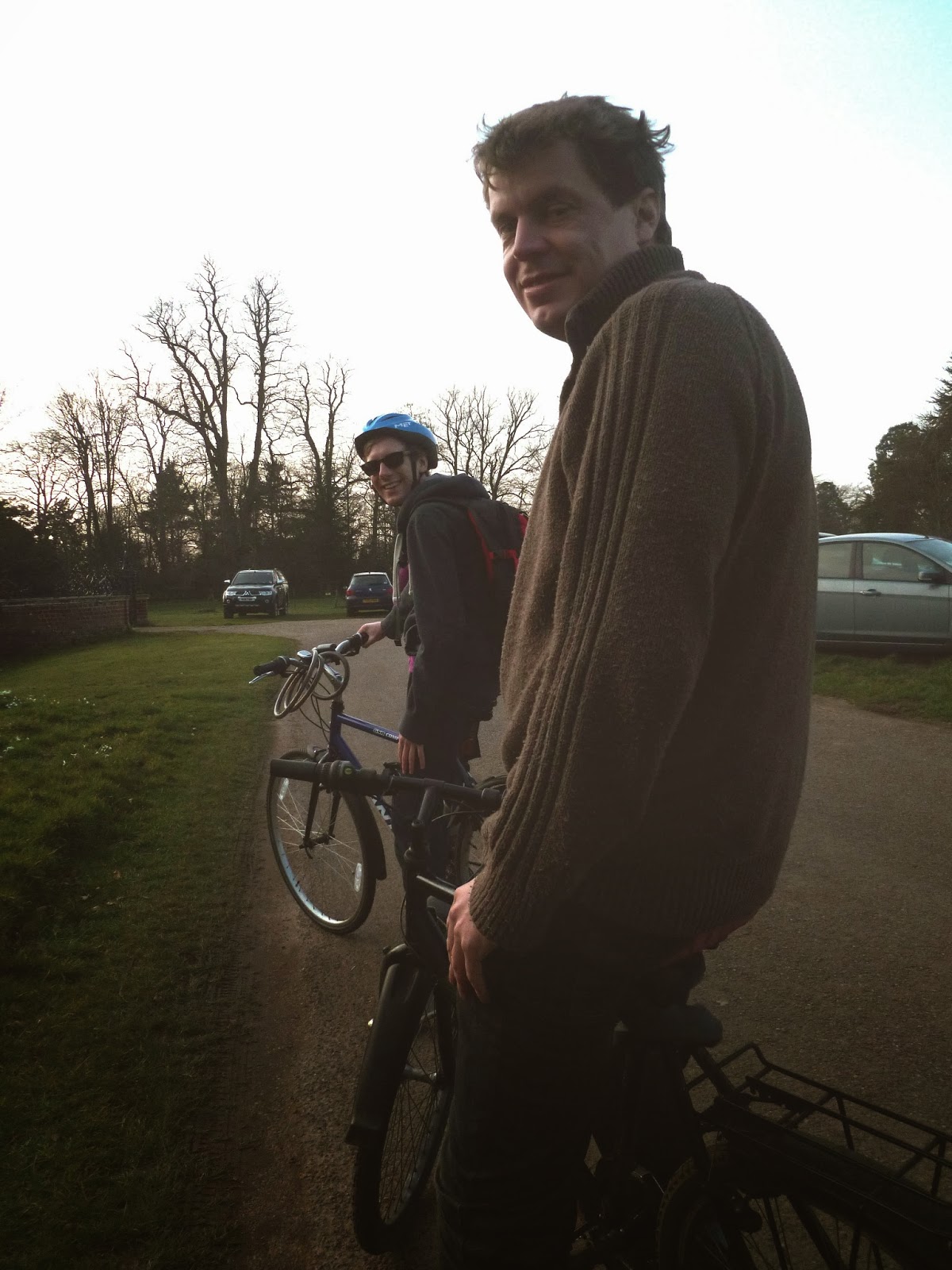 No shortage of spiffing men: Rich and Tom

We had to go back, as more guests were expected: Lionel and Corinne appeared again. They stayed for another two nights! That was lovely; I had to work during the day, but it's nice to be dragged into town by friends as you as you leave the office. They come to Yorkshire a lot,and I won't see them there again, but Lionel has a lot of underground reasons to come to Bangor too. So I trust I'll see them there as well!

By the time I kissed Lionel and Corinne goodbye I still couldn't talk, but at least I had had a lovely, recuperative weekend. And I just hoped that would get me back to my talking self during the upcoming fieldwork in the Lakes District!
Posted by Margot at 08:50