Soon I'll start a new job and have a lot on my mind. My sister starts a new job on the same day (the copycat!) and the same holds for her. So we decided it might be a good idea if she visits me before I leave for Wales. And we picked the second last weekend for it. The last one would be too consumed by house-moving issues! And the fieldwork got a bit in the way, but it was foggy on Schiphol so by the time she texted (to my relief) that I had a nice house, I was already well on my way east. I was back at the university when my sister had only been in town for a fairly short time. I phoned her; she was at Clifford's tower, so that was where I found her. We wasted no time; minutes later we were in the Red Lion for a pint. Or two!

We had quite a lot to catch up on. New jobs, new schools for her kids, relationships being forged and lost. Prowess on football field, at piano, and underground. We were in no hurry! And I suppose my sister with her multitude of children and busy life doesn't get that many nights in the pub... But I had spent the day in the field, and at some point I did feel the need to get something into my stomach, so we went home. Pasta followed. And then an old-fashioned sister session with letting each other listen to music we liked. But then it was bedtime.

The next day was for ogling a Yorkshire abbey. There are more than you can shake a stick at! But I hadn't seen a single one. We picked Rievaulx, and we found a 10km walk that incorporated it. Off north we went! We took the scenic route. 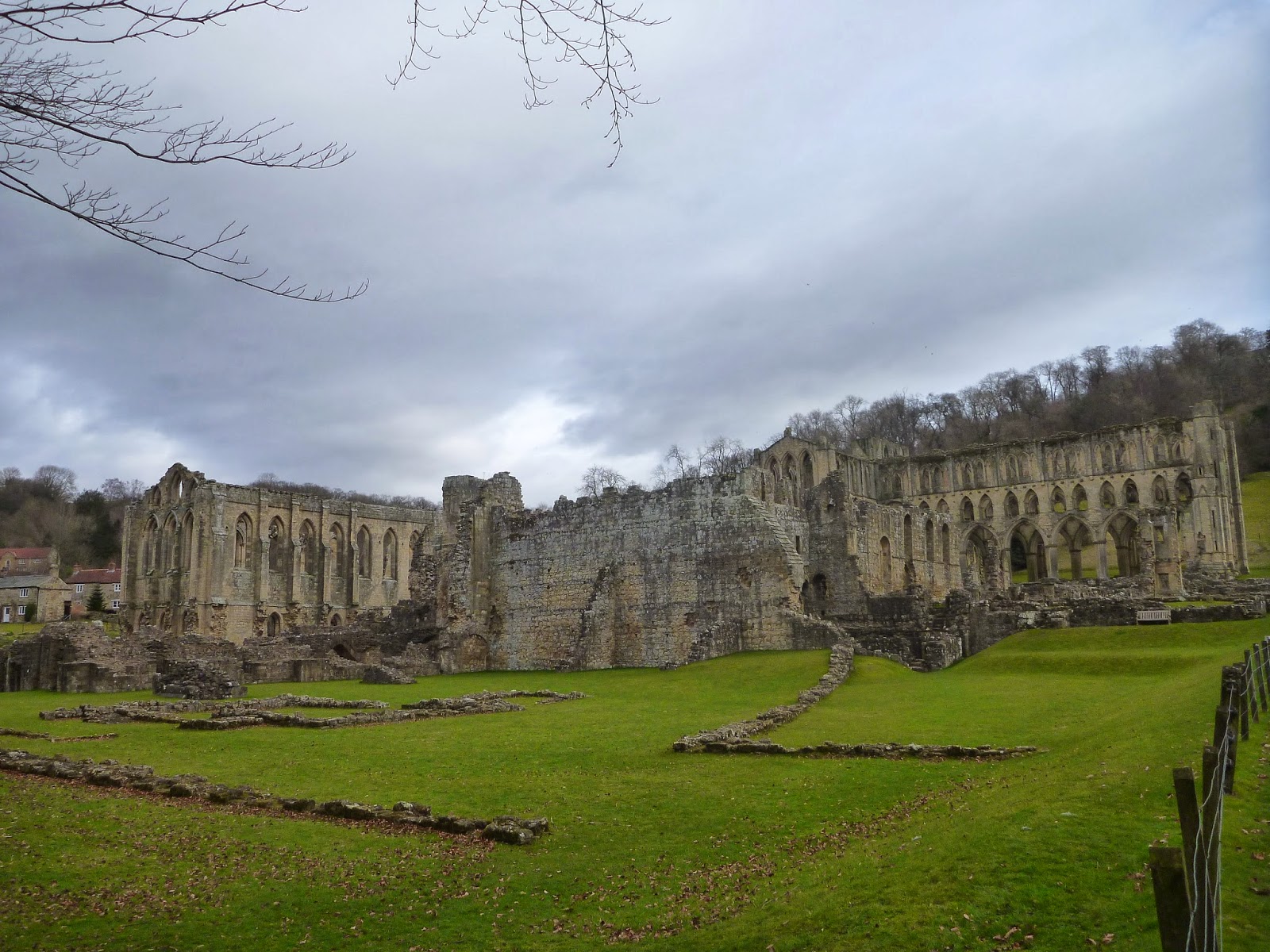 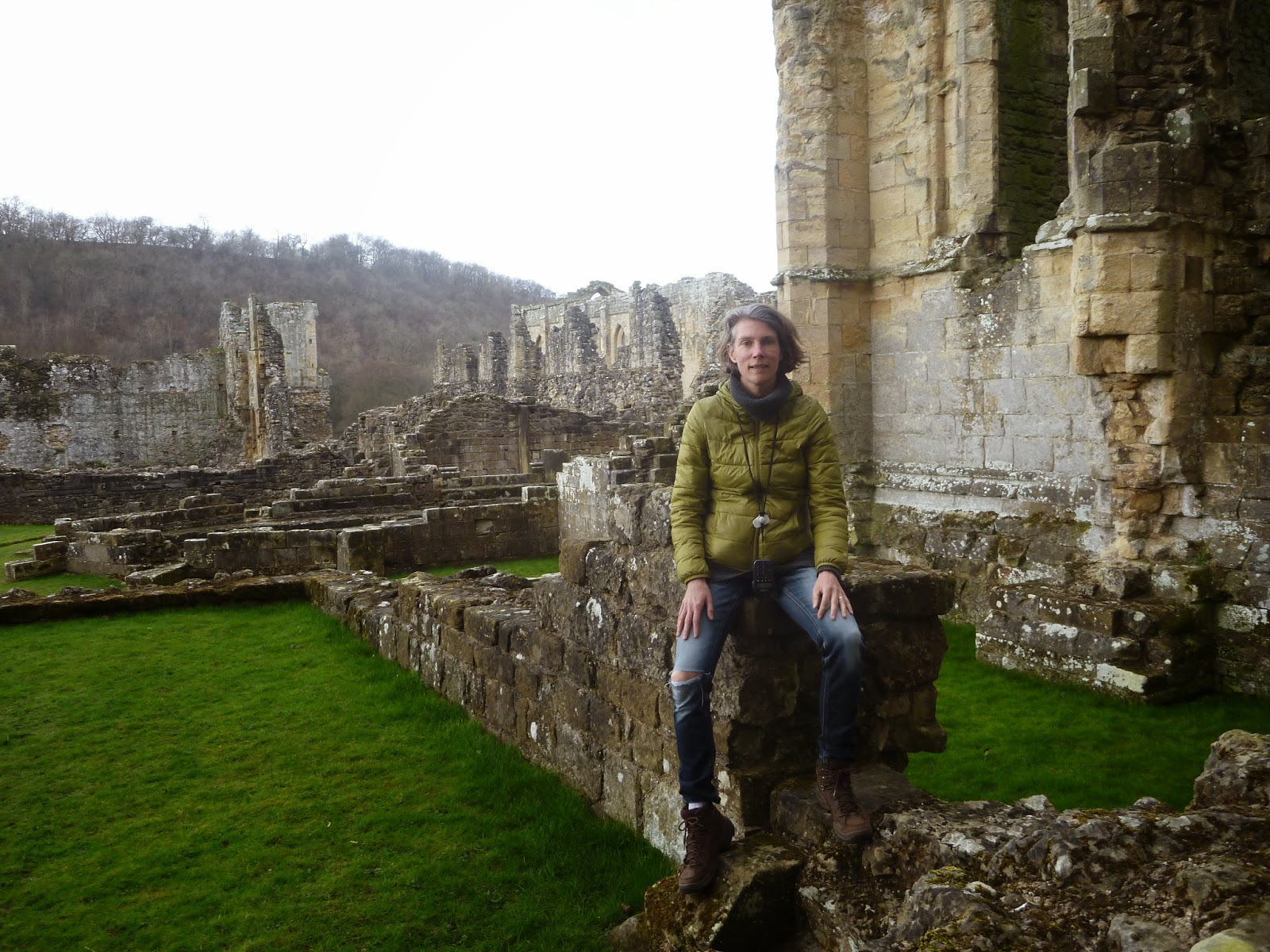 The had a look at the abbey first. A magnificent building! Or rather, the remains thereof. And it was a lovely day for scrutinizing it. And when we'd seen enough we had a cup of coffee and then set off on our walk. The route was festooned with deer and mountain-biking orienteerers. And in good time we were back at the car. Time to go home, flag down Rich, eat and get ready to get to Abi for a beer-tasting session. I only have two bicycles, but fortunately my sister and me are Dutch, so that was enough. It turned out the beer tasting had been an excuse; it was a goodbye party! I have such lovely friends. But of course we did do some beer-tasting when we were there anyway. With as the most unexpected one: a 35% beer! Rather special. And at the end of the night my sister effortlessly biked me back home. Of course! 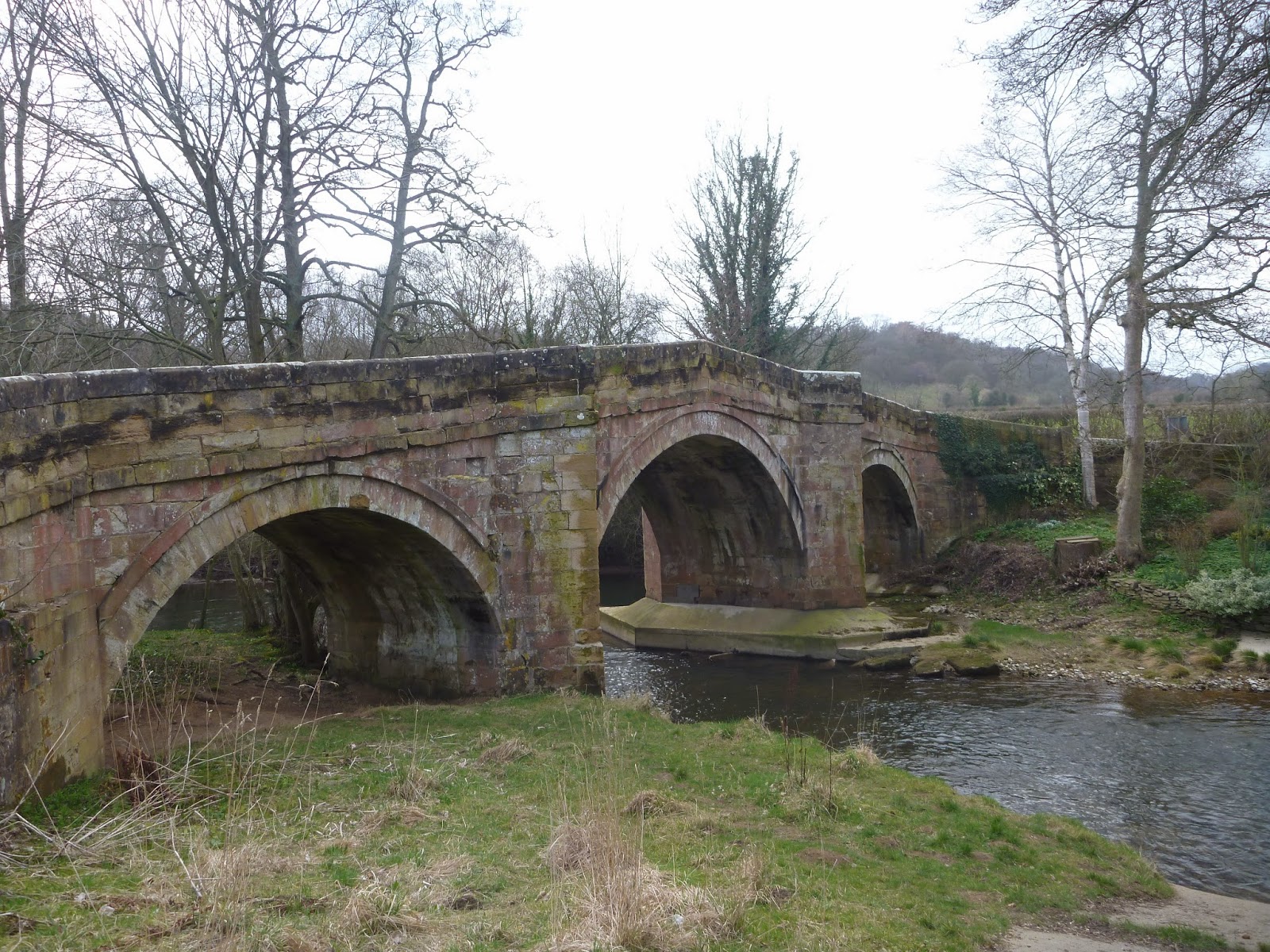 She might be able to offer her sister a backie after a night of boozing and pull it off, but the next day my sister didn't appear too early. We took it easy! Buckets of coffee and relaxed brunch. But it was amazing weather and we should really go and enjoy it. Petra suggested me might actually do something quite different; go into Jenga! She was curious to find out what she would think of it. But a round of phone calls revealed there were no people with keys around.So the idea was good but it wasn't going to happen! So we chose to get out into the sun instead. We decided to not drive anywhere but just walk from the front door. We trundled to Bishopthorpe via Rowntree Park. In Bishopthorpe we stopped for a mid-walk pint in the sun. It's spring! 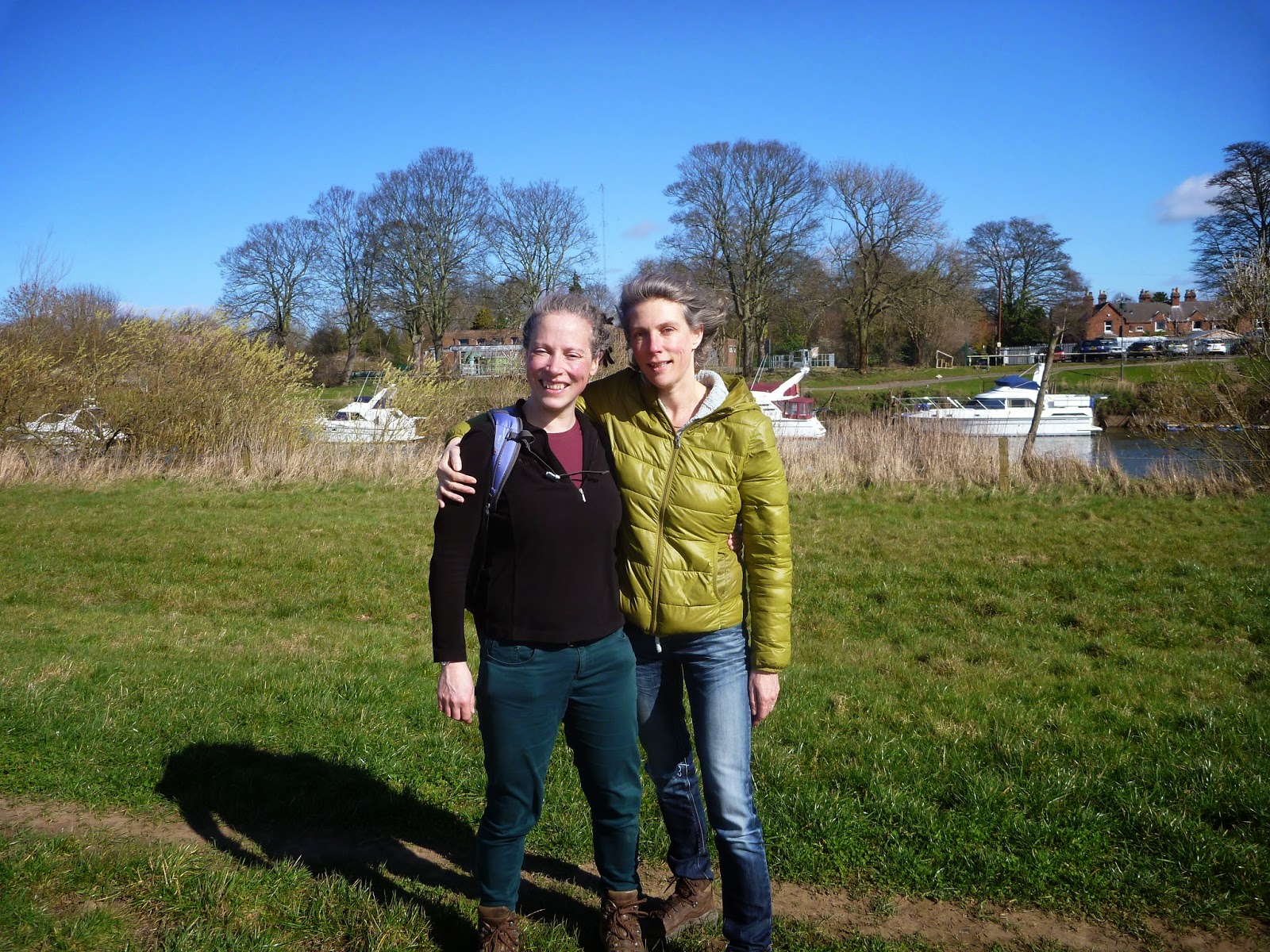 Back in York we said goodbye to Rich and went for dinner. Time for a properly English pie! And then some more beer. There's a theme here. Although it was mostly me; my sister would switch to tea or fruit juice at some point every evening. And then it was time to call it a day. For the last time!

She would fly Monday afternoon, and would have to get a train around 1PM to catch it. So we still had time for one more excursion. And we chose the Castle museum. A good choice, if I may say so! I liked the reconstructed rooms and streets. And some underground dungeons are always a hit with me. But then it was time to go home, have lunch, and go to the railway station. Time to go back to normal! That evening, my sister would be back at home, greeted by the whole family. And less than half an hour after the goodbye I would be back in the office. Soon we'll have our new jobs so what's normal now won't be normal for long. But it was good to catch up before that would happen! 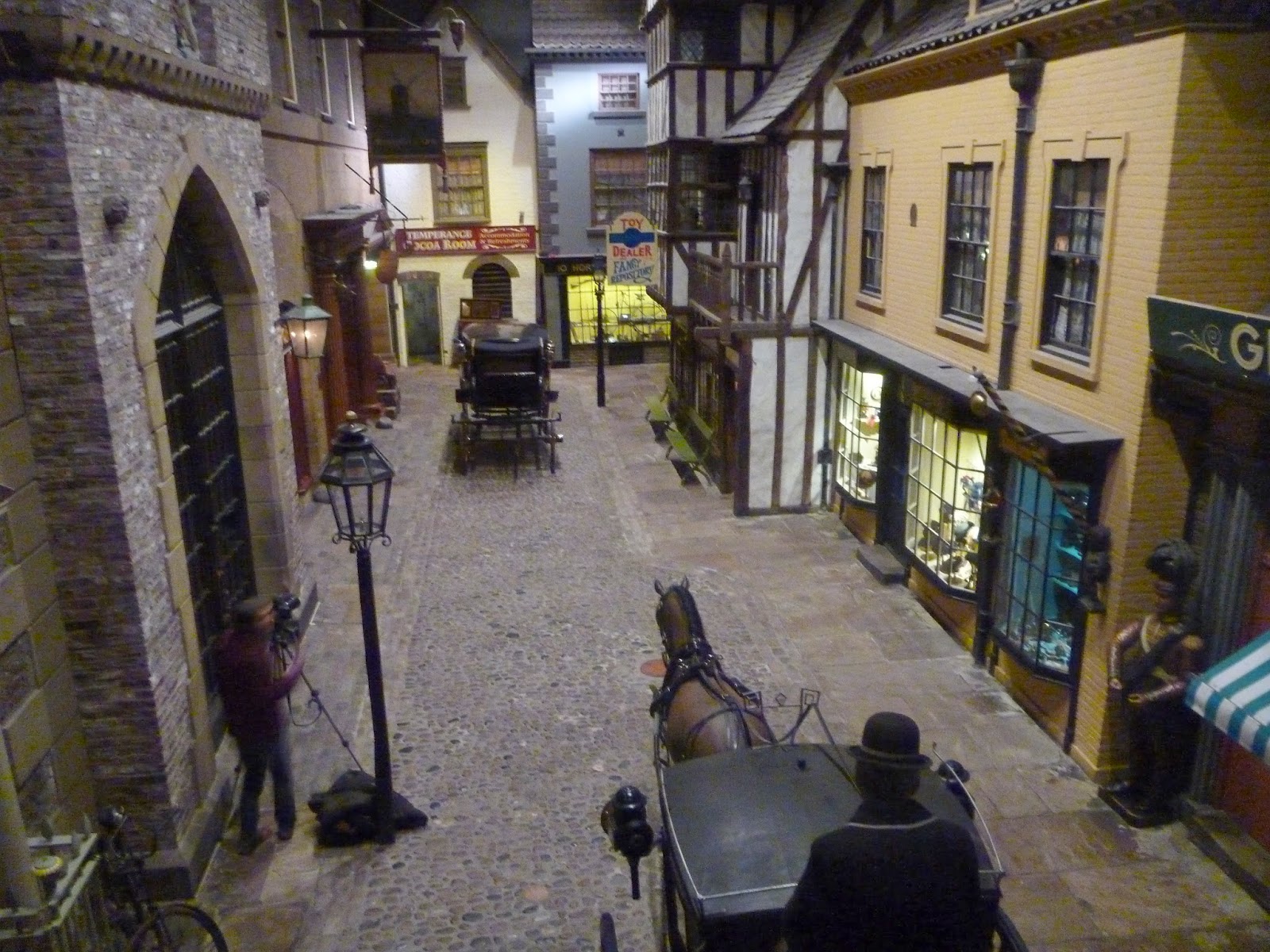 Victorian street in the Castle Museum