Last autumn I noticed I had almost driven 10.000 miles with my car. And that it will turn 20 this spring. If there is ever anything you should celebrate with your car it would be such things I suppose!

I bought my by now trusted Fiesta when I acquired a 2-year contract in the UK. As the cars here evidently have the steering wheel on a funny side, I did not want to invest too much in a car; who knew where my next contract would be! It might very well be on the continent, and then you don't want to have a silly British car. So I went for a specimen that would carry me through these two years, but not necessarily beyond. But then my next contract was in the UK as well. And the next. And the next! And the reliable little thing happily survived all this way. With some encouragement in the form of expensive repairs, but to be fair: quite a lot of that was in response to vandalism. Not something you can blame on the car. 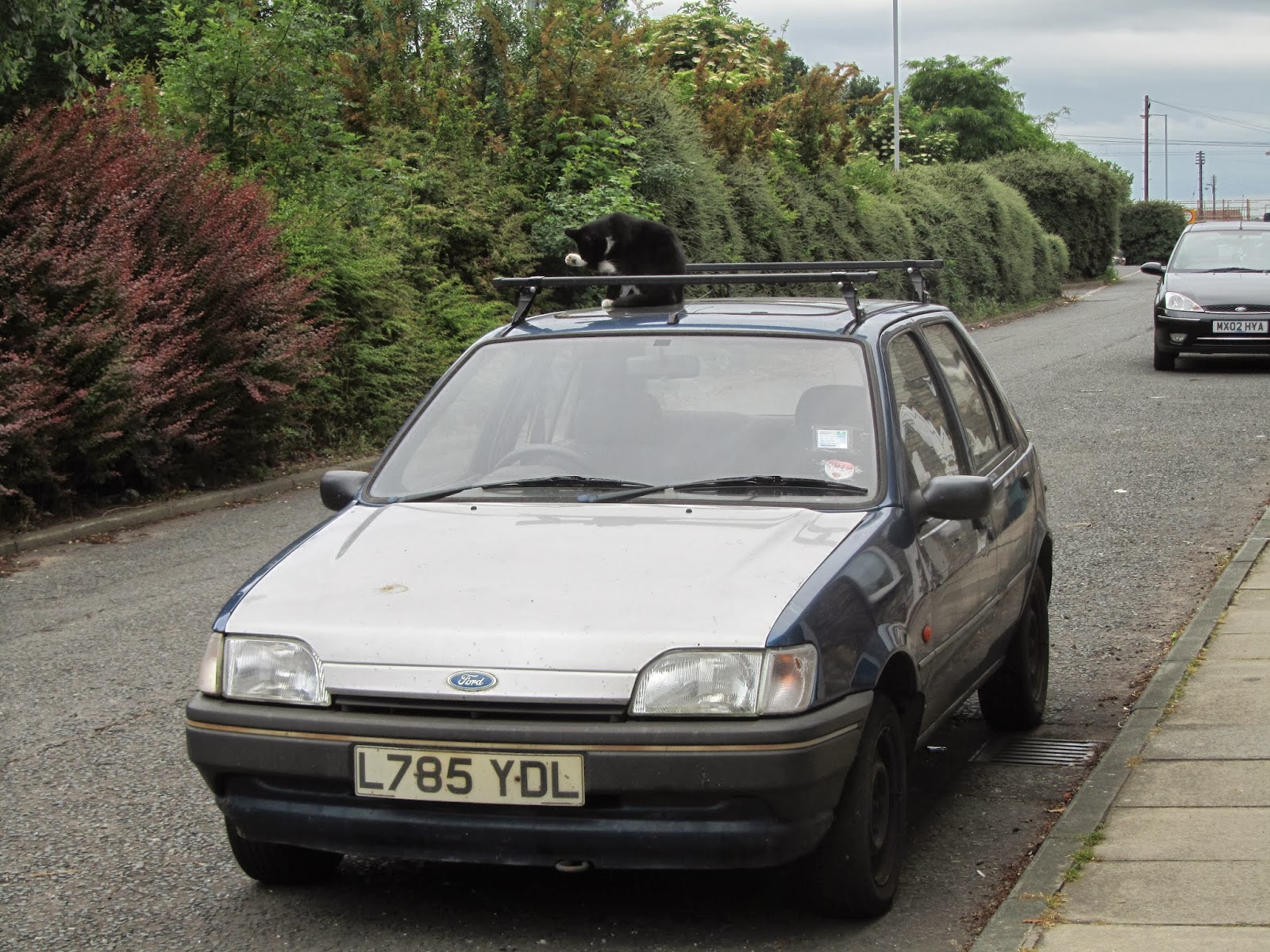 And then suddenly the car was in demand. It took two cavers to the Dales and back, and it took me to Bangor and back. And without me even noticing it I passed the 10.000 mile mark! (It still has less than 100.000 on the counter, though!) So even though I don't like driving I covered a distance like from Amsterdam to Sydney in this rusty little thing. No small feat!

And during its 20th birthday I will be in Vienna, probably thinking of entirely different things. Fortunately, the car is an inanimate object; otherwise I think I would have some explaining to do!
Posted by Margot at 08:39