I move house this Friday. This Wednesday I probably have preparations to take care of. And these shouldn't include getting absolutely soaked in mud from head to toe, and get home between 23PM and midnight. So that week I'm not digging. Which means that last week's dig was the last one.

I hadn't been through the new bit, which had been discovered three weeks before. That very night news of the breakthrough only reached us when it was beer o'clock. We wanted to keep that excitement to another, fresher day! But that day came, and was fresher for most, but not for me, as I was in bed with tonsillitis. The week after I was still iffy, and still unable to speak, which didn't seem like the ideal circumstances for lying in the mud in narrow passages. So tonight would be my first chance, but everybody else had already seen it.

When I came to the meeting place many cars were already there. It turned out the others had already found yet another focus, and would not even go into the very cave. Oh well. Rich was more than willing to chaperone me to the end. So we kitted up, and squirmed our way to the boulder choke. And from there on, all was new! For me, that is. I clambered through the scaffolding and saw up close what I had only glimpsed from between the rocks. A sizable space! Leading on to another. And a passage leading on from there. And more passages and chambers. And even a small climb. We first tried the hard way, but when hand-holds broke off under my weight we decided to take the bolted route. The chaps hadn't held back in customizing this place! And after the final passage-cum-slide we reached the furthest chamber. 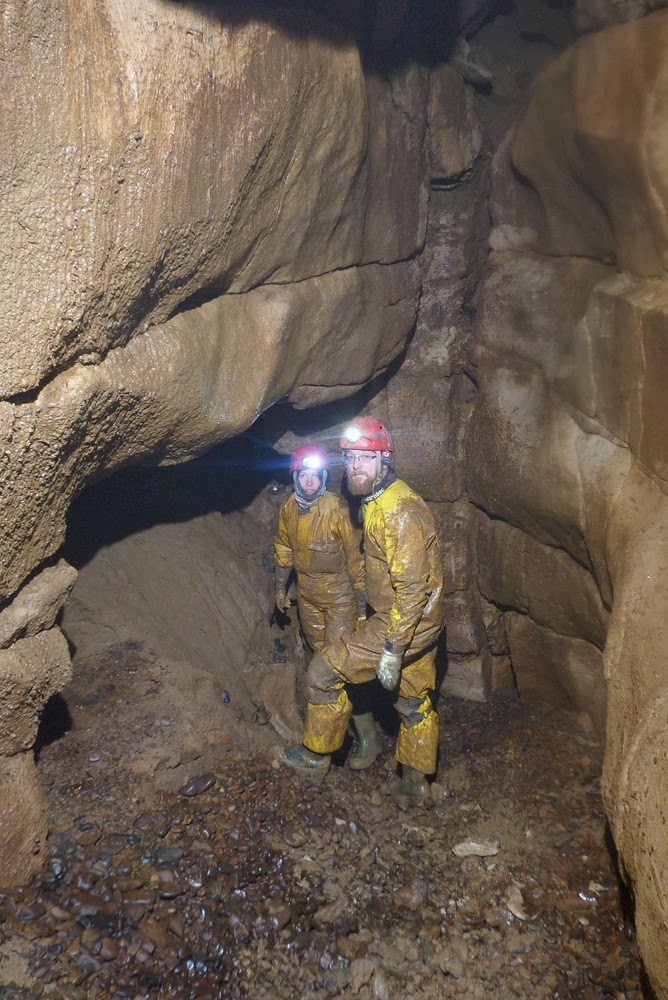 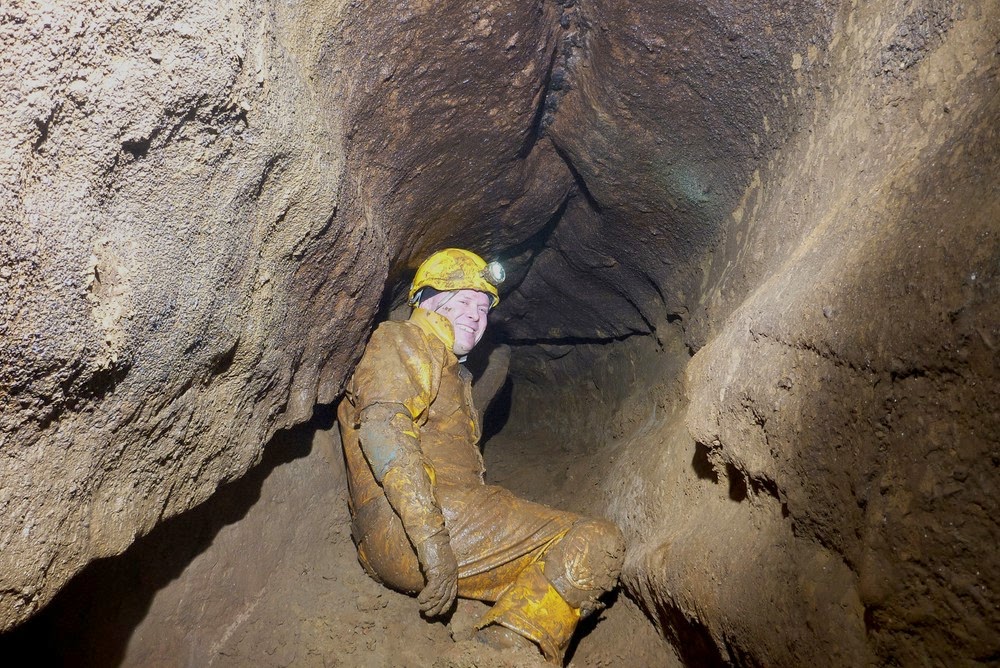 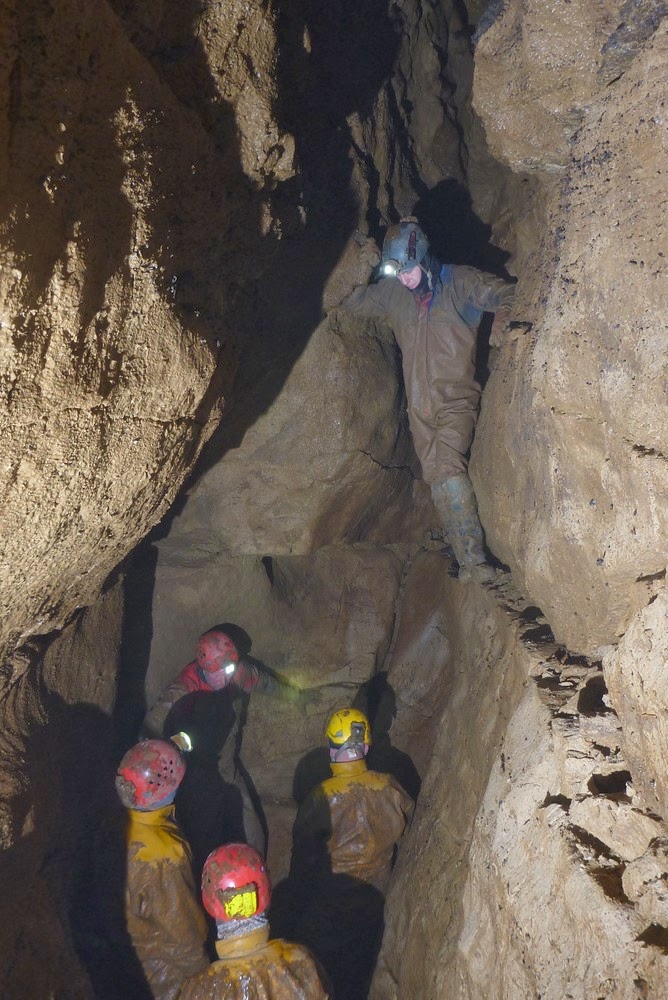 Some pictures, taken by Gary, of the exploration done when I was ill. My camera refused service, so I couldn't take any pics myself!

Altogether it is quite an extensive addition! And left and right you could see potential passages, waiting to be dug, and some clearly already in the early stages of exploration. Exciting! But all further developments I will have to hear of online. But I hope to sometimes be back! When the two caves are finally connected, for instance... how much longer?

Back in the pub a surprise awaited me. The guys had sourced a game of Jenga, the game after which the cave is named (a reference to its structural integrity), and they used the time spent drinking signing every brick of it with their names, the names of the various chambers and passages of the cave, and with some other involved phenomena. So sweet! There was no official stuff with speeches and such; this is not that kind of club. But I managed to get a hug from every single one of the men. They are a bunch of daft people, but I'll miss them dearly! 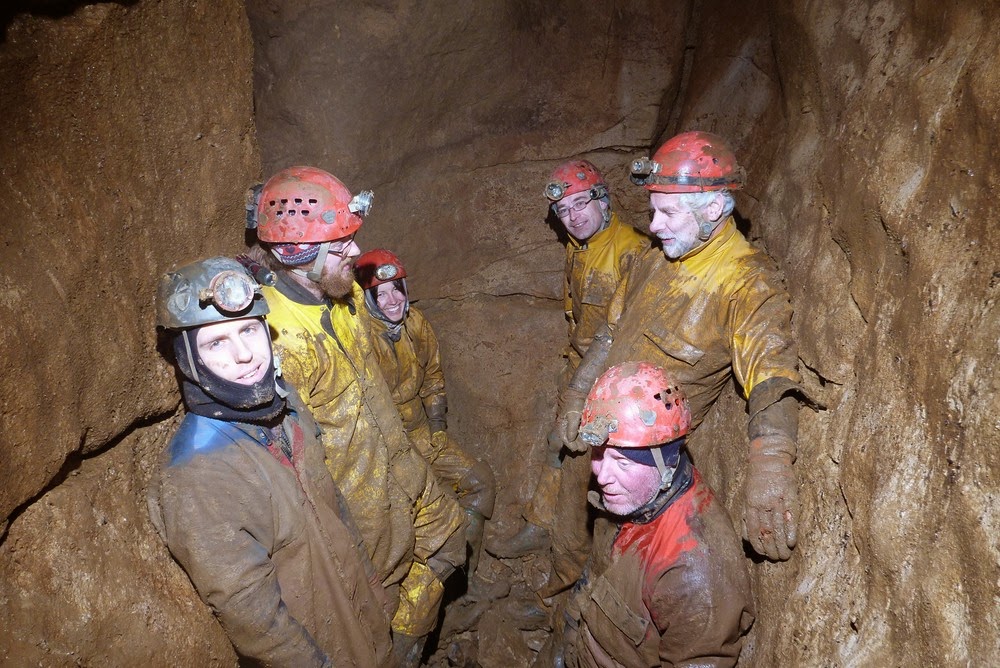 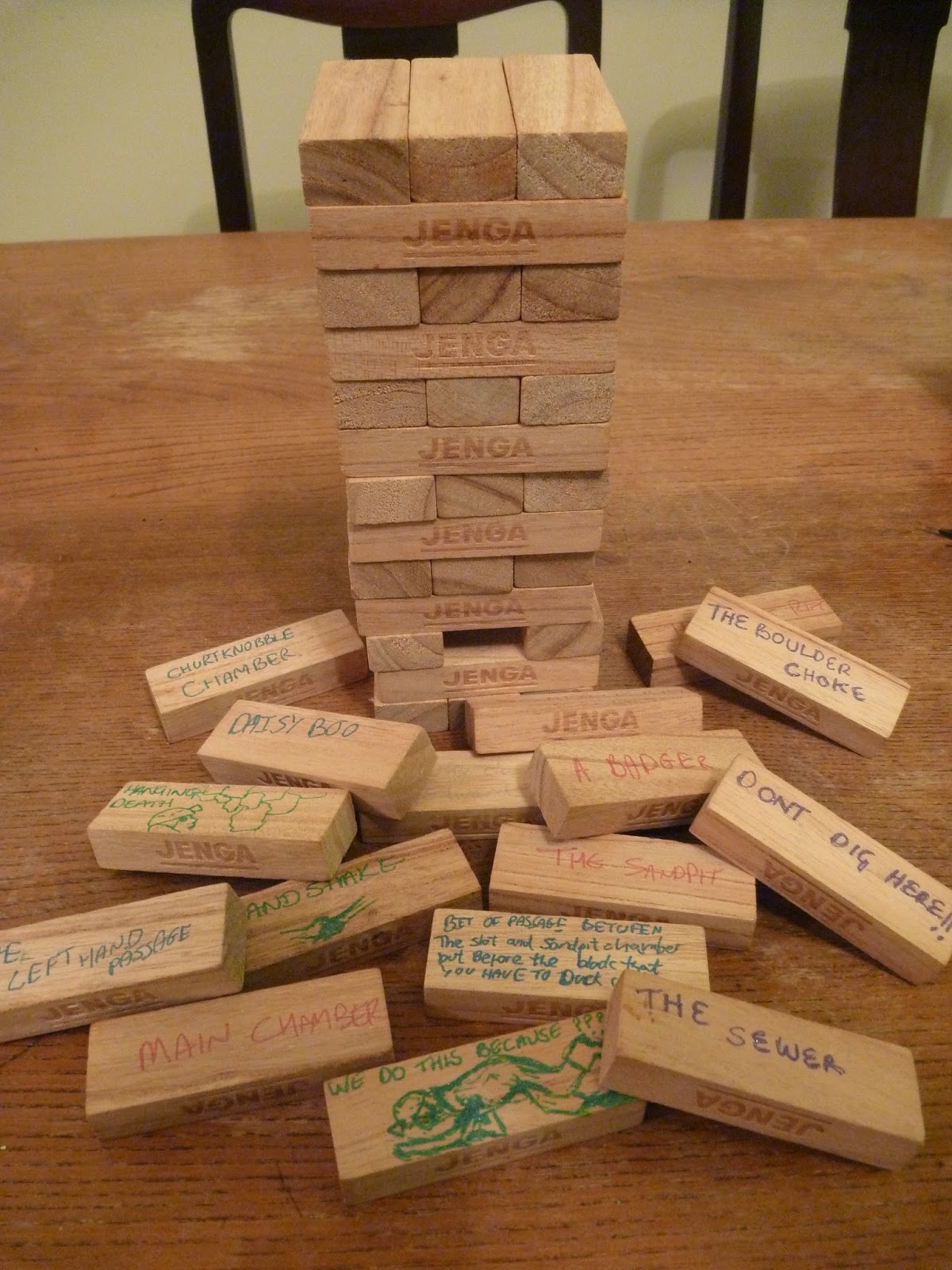 The Jenga game. I had to perform a rather strict selection when picking those bricks of which the text can be read; I boycotted all those with swearing and/or nudity. And all text written in silver, as it is largely illegible except form close distance...
Posted by Margot at 09:29