The river Fal has a nice, deep, sheltered estuary, and that is good news for Falmouth, as the town owes its existence to it. However; something so desirable might also be used by others; such an estuary makes a marvellous location for an invasion from the sea. Henry VIII wasn't taking any chances, and had fortresses built on both sides, designed to shoot any invading fleet to smithereens. And on a nice Sunday Hugh and I decided to inspect these fortifications.

We decided to drive to the eastern side of the estuary, to St Mawes; on that side, the more modest of the two fortresses is built. And it modesty did not stop it from being in very good shape, and sitting very decoratively on a promontory, surrounded by ramparts and flower beds. 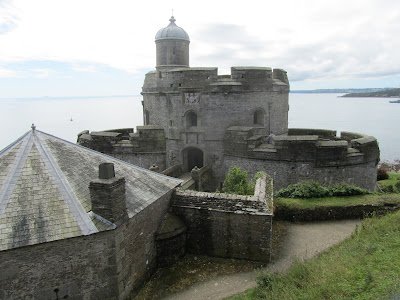 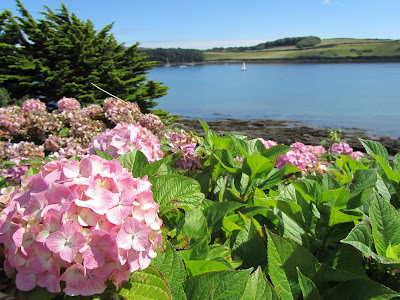 View in eastern direction from the fortress 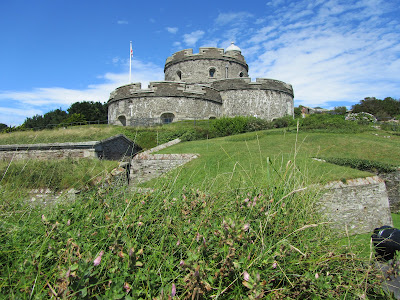 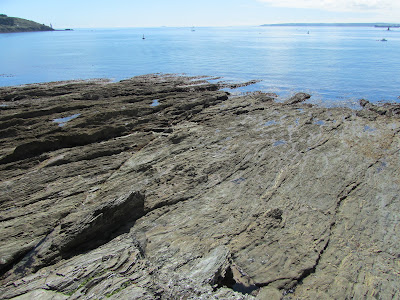 The view is nice and peaceful on a day like this

Having seen this side of the story it was time for the main course: Pendennis Castle, on the western side of the estuary. Fortunately, a ferry runs across the water, so we got a nice boat trip as bonus. 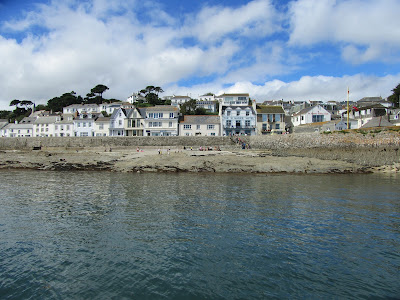 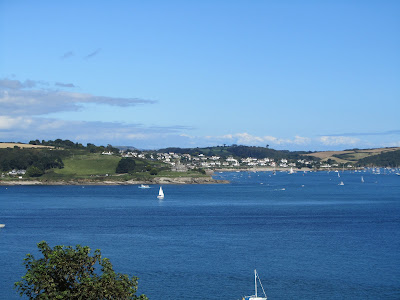 St Mawes and its castle seen from the other side 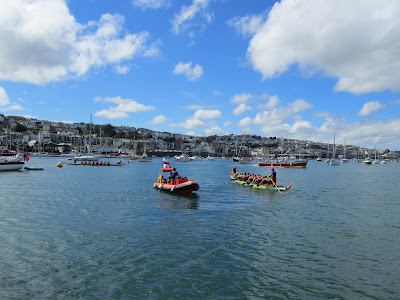 Falmouth, with dragon boat racers in its harbour 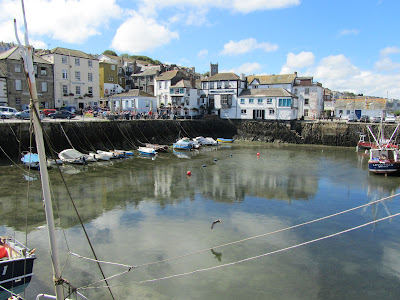 Falmouth
Falmouth  itself was heaving with tourists (like us), but not many found their way to Pendennis castle. Which was unexpected; this one was clearly the more spectacular of the two! The fortress was cutely perched on top of a grassy promontory, surrounded by cannons of all sizes and ages. Inside they had put up a nice display with lots of noise and smoke. And as bonus it had a decorative early 20th century building on the side. It was a nice day out! 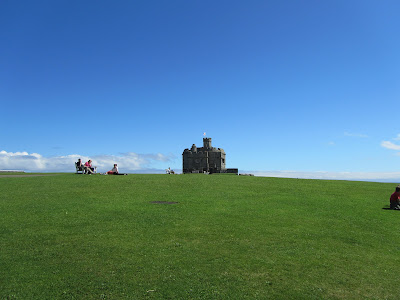 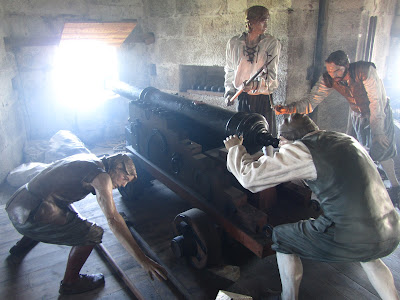 The display; you can see the smoke, and just believe me there was much more noise... 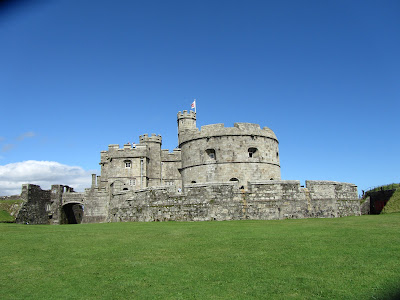 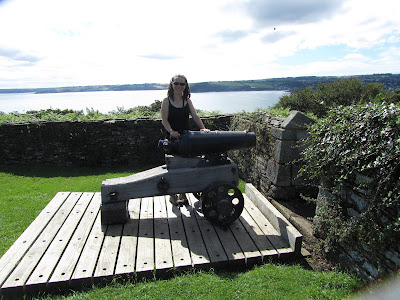 Me with a cute small cannon 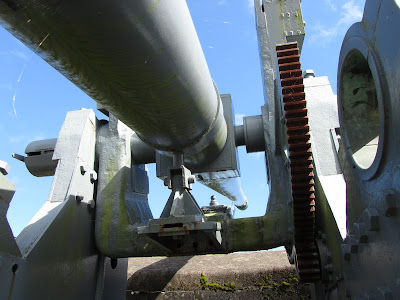 They had big, modern ones too! 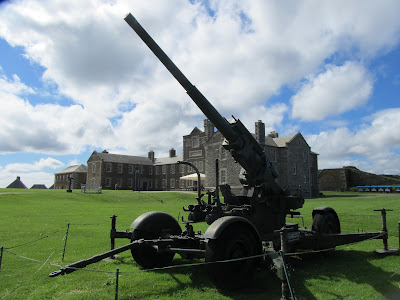 The 1901 building behind an anti-aircraft(?) gun