From Abbey to Mansion

It's that time again! Suspiciously little mud and sweat on the blog. Instead, there are pretty dresses and glamorous buildings everywhere. And it's not over yet! Hugh's parents were still in the country, and wanted to see some culture. They had picked two rather picturesque venues in the vicinity of Plymouth: Buckland Abbey and Cotehele House. So we all folded ourselves into their car and had a good look at these rather remarkable buildings. Originally a home to cistercian monks, Buckland Abbey didn't manage to stay an abbey sensu stricto when Henry VIII did his general appraisal of such institutes, but at least it managed to keep its structural integrity intact. In the time it served as a civilian structure it accommodated, among others, Francis Drake. There is a lot of Drake paraphernalia and memorabilia on display. Including a humongous statue of the hero that had been lost, but was found back in Exeter undergrowth... 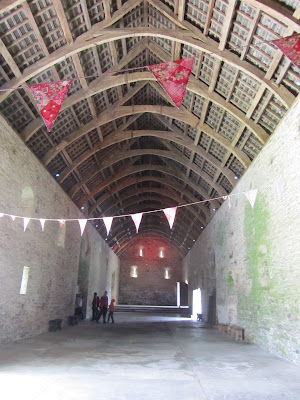 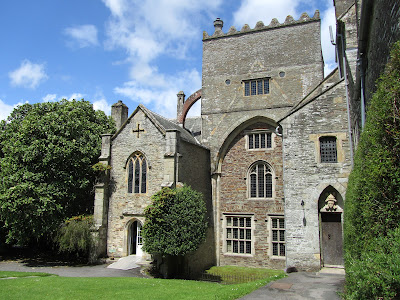 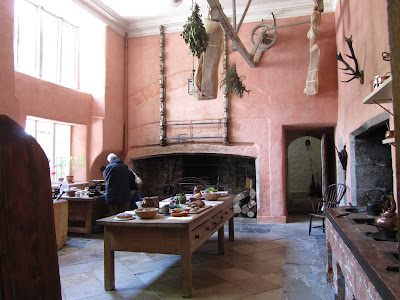 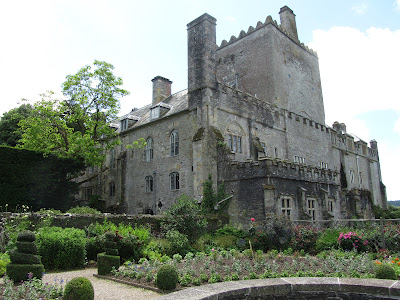 The Abbey seen from its garden 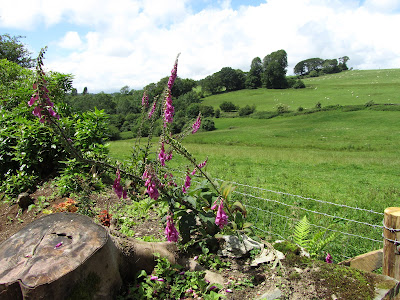 Seen from the gardens, the surrounding fields showed their best side

Cotehele House, that I had only seen from the outside, had served as a Tudor touristic attraction since the late 18th Century. The route along which tourists are guided through the building has not changed since! And little else has. A beautifully preserved, though quite dark, residential building, hung so full of tapestries the mind boggles. 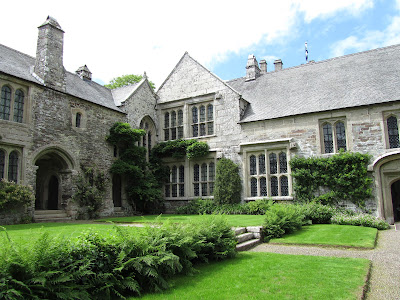 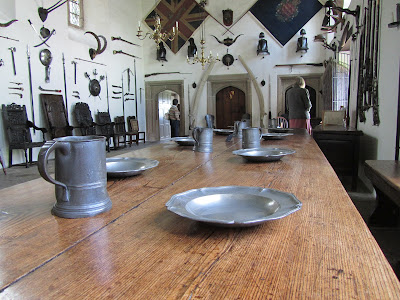 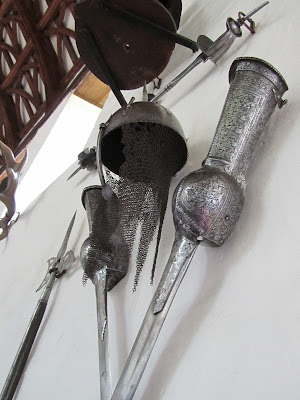 Peculiar weaponry on the wall in the great hall 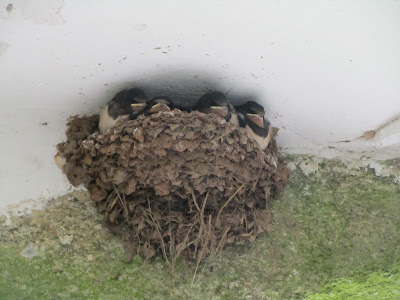 Cute birds in one of the passages 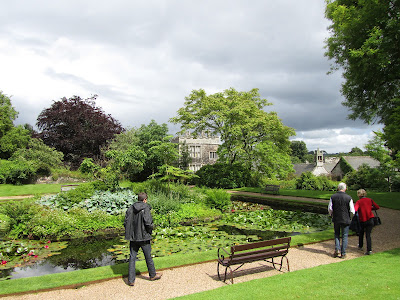 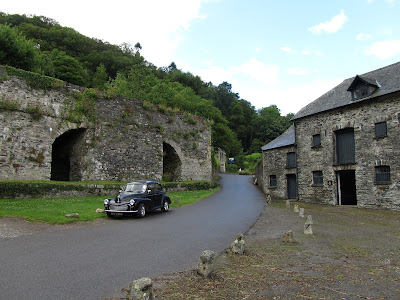 Cotehele Quay, at the river Tamar


And thanks to the sun that came out, seemingly only to prove it was still there after the one of the wettest Junes on record, their respective gardens were lovely too. So even though I'm in quite good health, I still have days of responsible behaviour, and shared with an increasing number of Australians!