I don't like moving house. I don't like packing my stuff. I especially hate packing books: they're too dense. I tend to keep small boxes; these you can fill up entirely with books without them getting too heavy! But it does mean carrying many, many boxes. And the worst are photo albums: these are REALLY heavy. And big and cumbersome.

But they don't have to be. I decided on a day in which I must have felt extraordinarly modern I would give scanning them a go. So I brought the smallest one to university. It was a bit of a faff to get the settings right; you can't check on the scanner itself if the scan is any good. You have to go back to the office for that. Unless you make a print, but that's not very environmentally friendly. 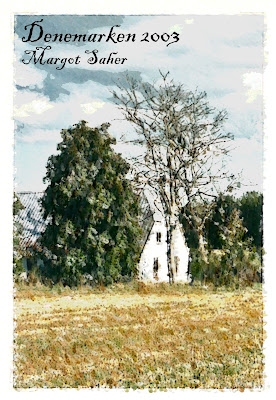 In about a minute you have an arty farty cover! I just hope I got the year right - I wrote it only on the outside of the album, and it had worn off... 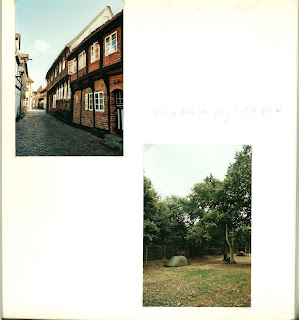 I wrote the captions of this one in pencil; it's not easy, but not impossible either, to read.
When I had found satisfying settings I went for it. It took only about 15 mins to scan it! And then you have some rotating and cropping and gluing together into a PDF to do, but that's quite reasonable too. And then you have a high resolution, weightless photo album! I might not do it for my childhood albums, but I sure will for my holiday albums... that's one big box fewer next time I move house!
Posted by Margot at 17:45