Iwoke up far too early, and I was still exhausted. So I just doodled around a bit until the men came up with a plan to go to Sines, a somewhat bigger town further north, in order to try to find proper tea (we found none in our own village!), as two Brits will not survive without it, and perhaps find some internet access, and whatever else we would stumble across. Sines did not have much to our liking, so we went east, to Santiago do Cacem, which had both medieval fortifications and Roman ruins. Nice! And a large supermarket outside town even had acceptable tea. 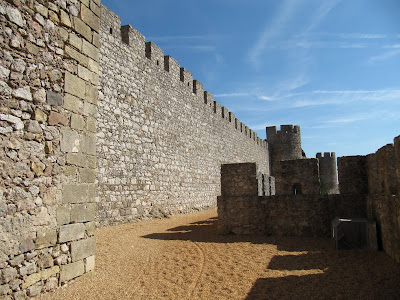 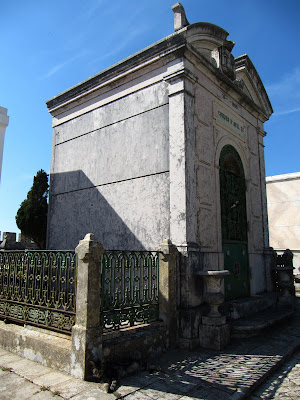 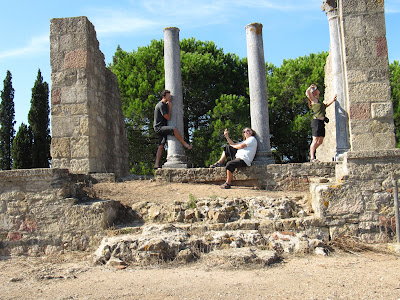 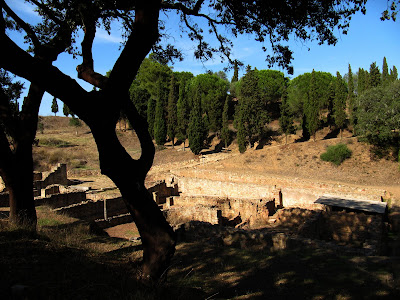 We tried the internet thing again on the way back. No success! Maybe the internet café is only open in the tourist season. So we went home. Where I dropped in my bed and did not come out before Rob was almost done with dinner. And after dinner I read some over a cup of tea and went straight back to bed. Terrible how much work in the heat can wear you out! 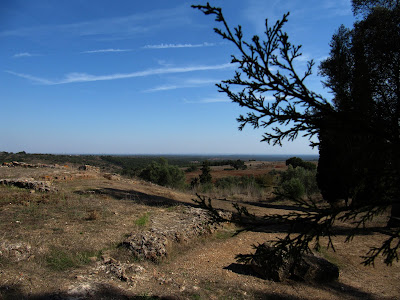 The next day was already better. I did not get out of bed before ten. Our plan was to go to town, check the internet café at an earlier hour than before, and if it would be open they could leave me there. If it would not, they would drive me back, and themselves go to the beach. It became option 2. So I got a nice quiet shadowy day with a laptop to blog on, Tori Amos on the speakers, and Tolstoy as a backup if I needed a break. Good! I got quite some work done too, shamelessly singing to the iPod. And then the men came back. Our cue to start the BBQ that was intended to mark our last day. 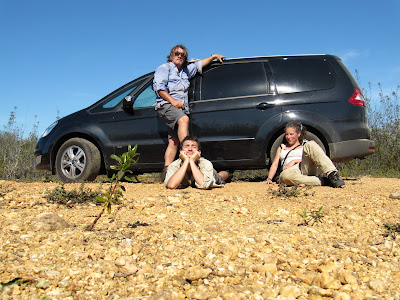 The next morning the stress and fatigue had apparently risen high, and the packing, loading, cleaning and leaving did not happen in the spirit that characterized most of the rest of the trip. But we got on our way. And rather uneventfully we reached a camping site just north of Valladolid, where we had a relaxing evening. And by now we have reached the ferry, where internet access is readily available for purchase. And I can conclude this tale of the scorching marshes. Tomorrow we'll have to drive back to Plymouth and then it’s over.
It was not easy, but it was fun (most of it), and I learned a lot. Such a difference already with Iceland! Iceland is paradise, while Portugal is hell, but beside that when we walked onto that marsh in Iceland I never had consciously seen one before. And we had Roland who knows everything. So I was some sort of an observant yak there. And in Portugal I was the second most experienced swamp specialist. Wil sometimes left quite crucial decisions to me. And it was really hard (for me at least) to work in these climatologic circumstances, but I’ll go home, knowing I’m ready for the fieldworks to follow. Which might be drizzly and chilly and whatnot, but I think they will be easier. Wear swamp boots, skiing trousers, goretex jacket, and stay cool.
And I got familiar with cars with the gear box on the wrong side, Rob taught me both cricket and butchering chickens, I now have quite an idea of what Portugal is like, and I survived what felt like the Sahara. Now back to drizzly England and learn tons of other things! And prepare for the next marsh on the Isle of Wight!
Posted by Margot at 15:27

"Iceland is paradise, while Portugal is hell"

I should remember that one!