Ambiguity is unavoidable. Especially when it is highly unwanted. After our drilling day and during the consecutive data evaluation (after the beach- and blog-session) we had to untangle our sometimes elusive antics in the field. But we managed. Of course! We made some nice old school stratigraphic profiles, and decided on where the opus magnus of this fieldwork would be created. The monoliths! They would require the digging of a sizeable pit through the tough clays. Not a triviality in this climate. 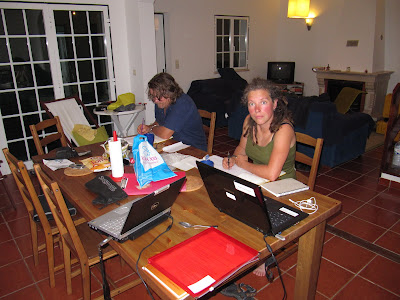 Processing our achievements from the field

Our beds called early, due to the early hour at which we run into the field. I woke up due to Wil scurrying through the house in the precious pre-dawn minutes that were ticking away. When Rob didn’t I tried to wake him up by calling to him from the open stairs to his attic room. Twice! No effect. Later we resorted to playing punk, switching on the light in his room, and shouting again. Now it worked! This time the sun was up by the time we parked but well, one cannot be snappy early in the morning every day. 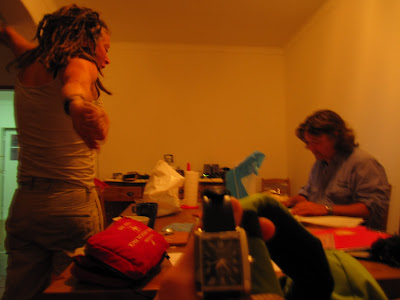 Rob and I cored in some areas that were soon to be flooded while Wil started with the pit. When we were done coring he already had a pit the size of a DDR open cast brown coal mine. The plan then was that he would just carry on while we cored in higher areas. That did not go as smoothly as it had done on lower ground. This involved a lot of twisted faces, flexing muscles, and jumping up and down on the attachable core handles. When we had one more core to go we had a look at how Wil was doing. Now he had extended the pit to the size of Meteor Crater. It was enough. We hammered in the tins, took them out, and retreated for elevenses. 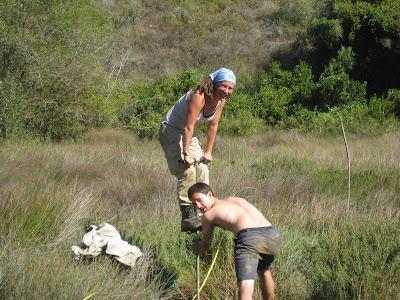 At more than 30 degrees, mind you!

Refreshed, Wil dedicated himself to properly wrapping up the tins, and carrying them through the rising water (high water this day was going to be damn high!) to the beginning of the path, while we tried our last core. For this one we had to jump up and down for practically every centimetre down. We did not core deep. We had fun though. And then it was a wrap! 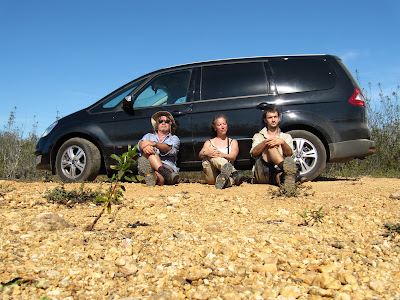 Wil was overheated due to the digging, so before climbing back to the car he jumped in the river. And I of course joined. Just for the heck of it I swam to the tidal channel that runs through our marsh. And I saw no reason not to swim in. Deep enough! I happily swam right through our transect. Because I could! 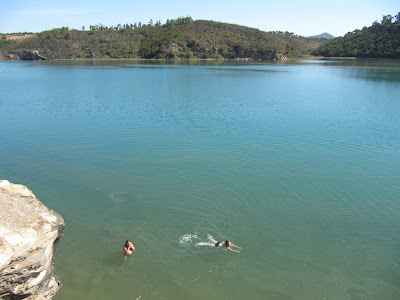 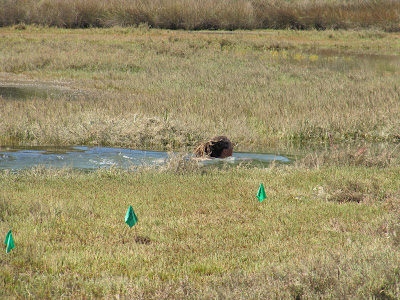 After some necessary shopping we set off for the beach. I mainly stayed in the shadows, reading about medieval popes and the likes, but I have to admit it was a nice beach. 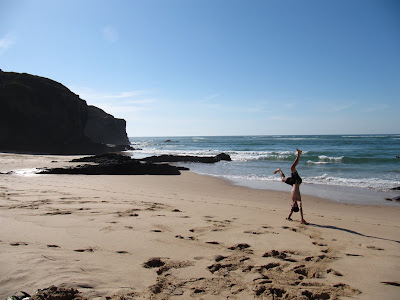 Does this need a caption?

The evening was for logging, profiling, planning, eating amazing curry, and retiring ever earlier. Another, possibly decisive day to come... 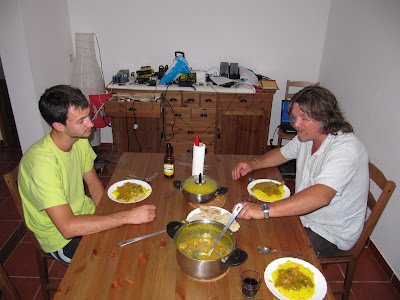 Of course it was Rob producing this culinary highlight
Posted by Margot at 17:16

wow, those pictures look very much like a Spain-fieldtrip long ago :)

In a way! We even found one litre bottles of Mahou.

I don't know if that's a good thing for science :) Is there a chance you you have go again next year and do better?

Uh, I don't think so... Next year we'll have to do the USA and Norway and that should keep us busy.