The spare room gets complicated

When I had taken the wallpaper off the spare room I thought things would move fast from then on! But I was wrong. There are two complications. One is: I decided I can skim. And that's dangerous! One wall still has wallpaper and I figured I would just put up with that. But when I figured I could skim it instead, I decided the wallpaper had to go! But that's more work. And that was before I knew how hard it would be to get the wallpaper off. It turned out to be a bugger! I even borrowed Phil's steamer again to see if that would make a difference. It did, but it was still hard.

The other complication is: the damp situation. I thought I had solved it by having the ventilation channel cleaned! But no. It did make the place fresher but I later still noticed condensation on the wall, approximately where the chimney had to be. Bummer! Now what?

One day the neighbour knocked on my wall. He had a roll of insulation material in his hands! It turned out he had had a similar problem in his bedroom. And he had solved it by covering the wall in said insulation material, wallpapering over it, and painting the wallpaper. He showed me! So I decided to give that a go too. I bought the material, and the glue, and glue for wallpaper (I don't know why you can't do both with the same stuff but I trust the neighbour here), and lining paper, and a wallpapering brush. So that will be a LOT more work than just painting the wall! What a bummer.

It also means I should put back a strip of lining paper on the one wall that still has that. It would be weird to have two adjacent walls papered except for one strip. So three out of four walls are proving a lot more work than anticipated! Luckily the fourth one, with the window in, does not pose big problems. At least not at the time of writing. I am almost ready with filler and paint! And then I can even put the curtains up. And then make a complete mess of the other three walls! 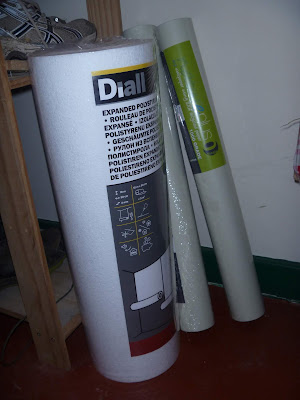 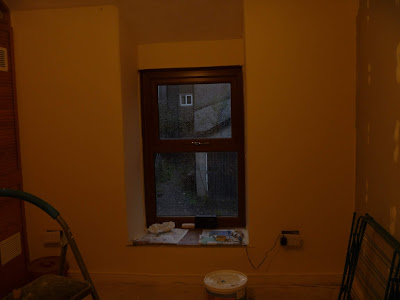 One wall is OK! (Needs a bit of caulking, and painting of the skirting board) 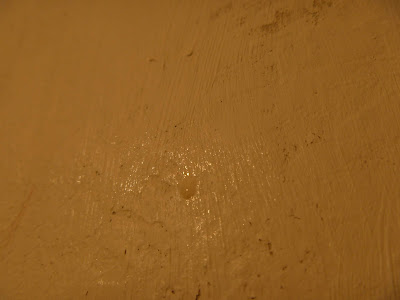 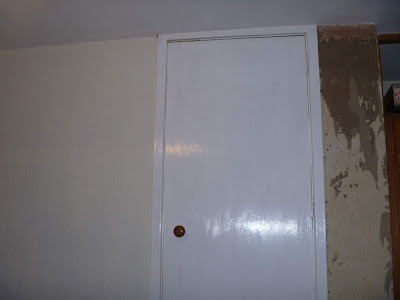 The wall that won't give up its wallpaper 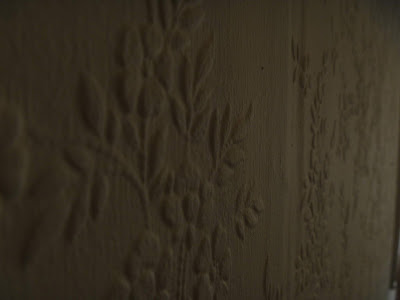 The wallpaper
Posted by Margot at 08:24