With the university apparently being continuously out of money there is continuous pressure to cut costs. And a 10 day residential field course is then the first place one would look. All that transport, all that accommodation! So it was decided that it should be only a week long. That's cheaper! But that means what we teach there has to be toned down. And as I am the biggest user of time, it was my stuff that had to be reduced.

I used to take the students into the field in the morning, to take surface samples in the salt marsh. Back at the cottages they would process the samples and put them in the oven to dry. Then after lunch they would be back to analyse them. They would pick 100 forams and identify them to species level. That takes a while! And I could take six students per day max. Otherwise it wouldn't fit into the improvised lab! If you then have high student numbers (our max is 39) you have to do many days. And you hope feverishly you have days with fewer than six students, as it's nice to be able to have at least a tiny amount of room to breathe.

Now I was given two days in total. In this case, it means I needed to do eight students per day, as we had a year with anomalously low student numbers. Eight is still a lot! I had to do it in the bigger cottage where we eat together. We could set up enough microscopes there. But you can't do the 'identify 100 forams' thing with so many students so I had made a plan (based on an idea of Katrien, who would have been in charge if my contract would not have been extended) that involved data from an earlier year, and the students only drawing the forams. That would only take a few hours!

Aside from what I did quite a lot of the field trip had stayed the same. It is quite nice; you get into the field every day, you get to know the students, you get to know your colleagues a lot better as you pretty much live together, and it's all very pleasant. And this year it was neither a wash-out nor a heat wave! So that was great.

The plans had been made, but now we had to actually do it. The first day was a bit weird; firstly, I had overslept; I woke up at the hour I should have met the people I would travel up with. I jumped into my clothes, threw my bags in the car and was off. No time to make a coffee! Luckily we had quite some margin. I met them, was given some stick (which I deserved) for being late, and off we went. We arrived in good time. There was time to bring the bags to the cottage, have a series of coffees, and get the microscopes ready. The cottage that used to be the microfossil lab, that I would still sleep in, now was some filtering lab. And a computer lab for Matlab and Excel purposes. 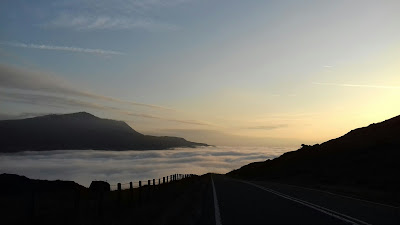 View from Crimea Pass early in the morning 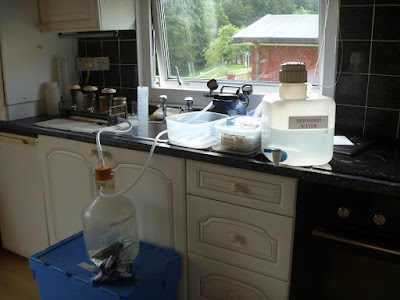 The cottage and its new use

I was also again sharing the cottage with Tasha and her two dogs. They remembered me! And remembered I am easily persuaded to give them cuddles. Every time I went to or from the cottage I suffered death by love! That was great. 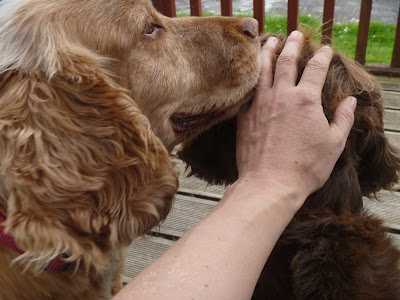 When we went into the field I did my usual spiel. It went well! The students were interested and the weather was great. The tide was fine too. When we got back from the field I sieved one sample as an example; then I sent everyone away for lunch. And myself too!

The microscope work went well too. I had imagined some sort of musical chairs; have a sample per microscope, and have the students just move one microscope up every, say, 20 minutes. But the students suggested they just exchange samples. That was a good idea! They could leave their microscope set up to their demands, and it also meant they could swap as and when they were ready for it.

In a few hours they were done. I was happy with the new set-up! There was one student who was drawing the drawings I had provided rather than the forams themselves, but otherwise, all went well. A successful day! And I was tired but that was to be expected after a day that started at 4:45 (it should have been 3:50). I was now confident the rest of the trip would be fine too!
Posted by Margot at 09:01