Normally, I visit my mother on her birthday. Last year I didn't; I came a week early because I thought I had a wedding on the day itself. I didn't! Wrong year. So this year I would have that wedding. And I'm involved in Welcome Week. Does that combine? Well, not really, but more about that later. First things first! My atypically early September visit to the Netherlands. 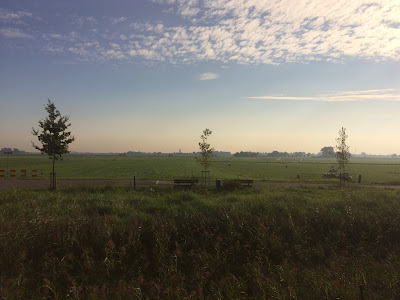 The Netherlands from the train

My main goal was, as usual, my mother, but while I was there I decided to see some more family. Only family this time; it was only a short visit, with term coming up and all. So I lined up my sister and her family, and my father and his wife too. No others this time!

Seeing my mother was as usual. That sounds unspectacular but it just always is good! And we tend not to do anything spectacular but I like just having a glass of wine together and catching up. And I tend to go for a run in the nearby woods. 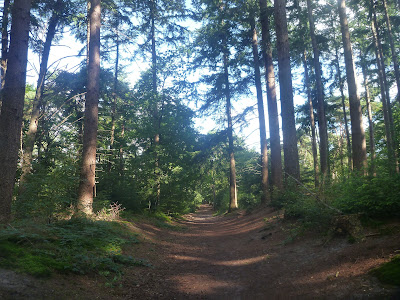 The woods next to Amersfoort where I ran

Seeing my sister was pretty much as usual to; I just bumbled in at an arbitrary moment and was given a cup of tea. Family members appeared and disappeared, were bickering one moment and harmonious the next, were hyperactive or asleep, joined us on the moors or stayed in front of a computer, and all the sorts of things happening in a family of five. Including an increasing number of teenagers. They'll be back to school by the time I write this! 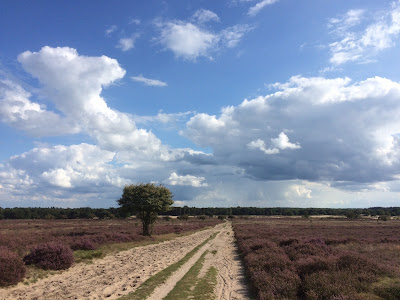 The moorland near where my sister lives

Seeing my father was not the usual thing; I wanted to take the opportunity to continue the recent developments in forcing a closer bond. Only recently my father had visited me, together with my sister, to discuss some things that had not gone entirely well in the past. I never used to talk deep things with my dad. But now the process has been started (thanks to my sister) and I like it! This time we went for a walk near the Oldenaller mansion (near Putten). It was lovely weather, the walk was beautiful, and the discussion good! I'm liking this new version of fatherhood. 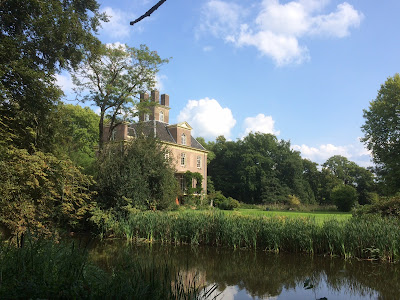 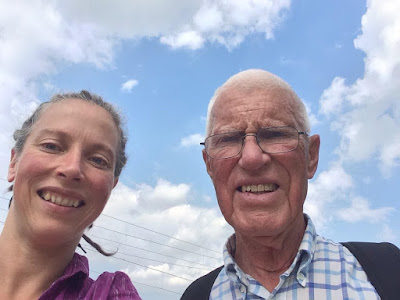 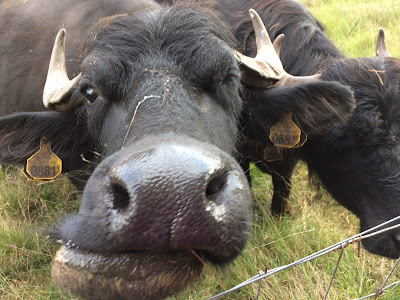 An unexpected beauty we encountered on our walk - a water buffalo!

Soon it was over again! And I headed to the airport again with cheese and hagelslag (chocolate sprinkles) in my bag. And the usual dose of good memories. My last foreign travel until term hits!
Posted by Margot at 08:44