Some twenty years ago, I suffered from something strange. Once every three months, I would start getting a bit nauseous on an evening at the end of the week. Soon I would be bent over the toilet bowl. And my stomach would keep trying to empty itself until at least the next day, in spite of there not being anything to empty out. In addition, I would have debilitating stomach cramps. It would be very unpleasant nights. I went to my GP a few times as it really felt there was something seriously wrong, but the cause was never found. After about a year it spontaneously stopped. I never knew what it was. 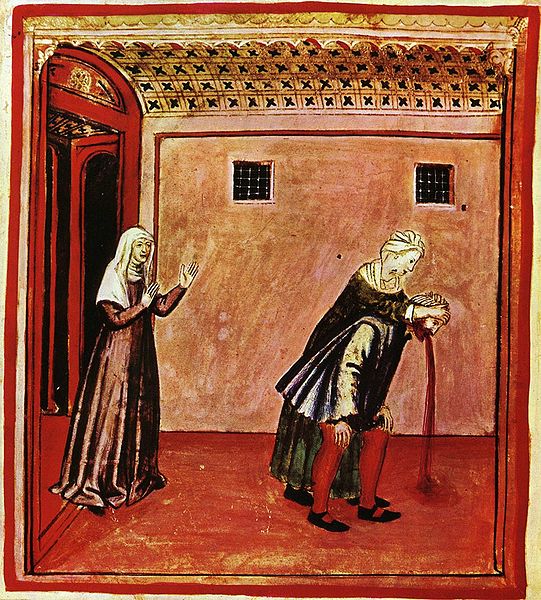 This week I listened to the "Inside Health" programme on BBC radio 4. They covered several topics, including "cyclical vomiting syndrome". When they announced that, I pricked up my ears. That sounded just like what I had back then! And when they went into detail it all matched up. No discernible cause, periodicity, stomach cramps and lots of vomiting, it all clearing up after a while. So that must have been it! The silly thing is, though, that after all that I still knew nothing. The "no discernible cause" gives it away; if someone shows the symptoms described above and you can't explain them otherwise you slap the diagnosis "cyclical vomiting syndrome" on it. But at least I now know I am not the only person who had that! Not sure why that is a good thing (on second thought it simply isn't) but still I am glad I heard that programme. Maybe in twenty more years someone will have found the cause!
Posted by Margot at 09:05